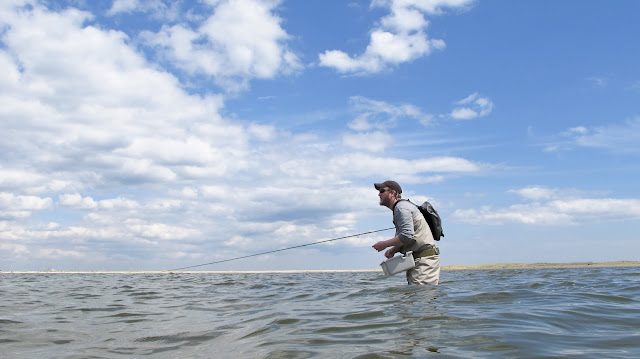 Today I had Seattle based fly fishing guide Joel out for a look for stripers along the Jersey Shore. We made a quick stop along the Raritan Bay and found two guys soaking clams which just wasn't exciting looking enough to join them. After a quick drive south and we made the turn onto Sandy Hook and made our way to the end. I introduced Joel to the Fisherman's Trail and we fished the start of the out going without a bump. One lone angler had a 32" fish swimming on a long rope that he caught on clams. We moved down to Deal and fished off the tip of the rocks where Joel caught a nice schoolie.
Luckily the rain held out and Joel was a great caster so he made the fishing easy in any wind that kicked up. 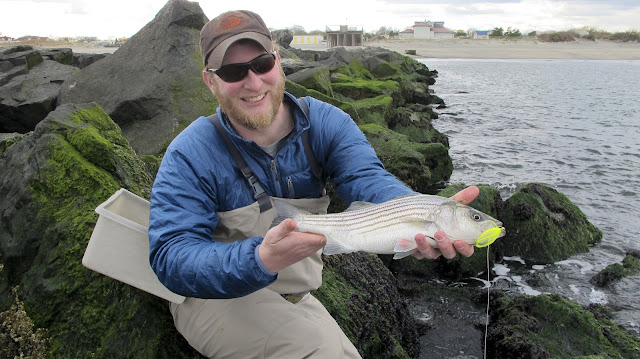 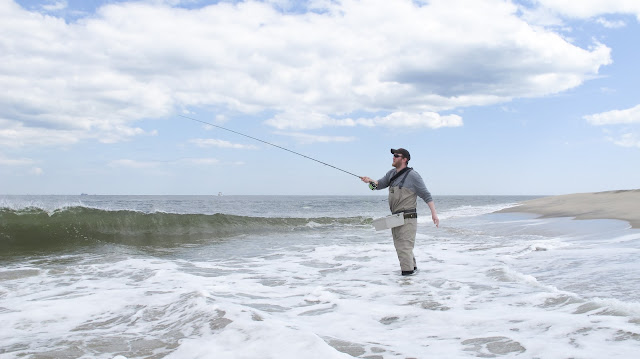 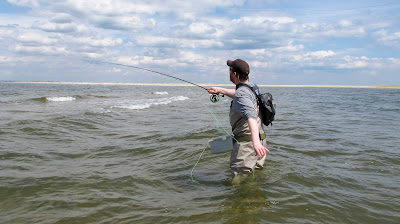 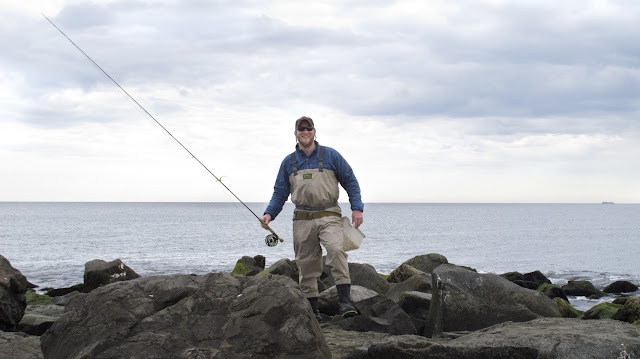 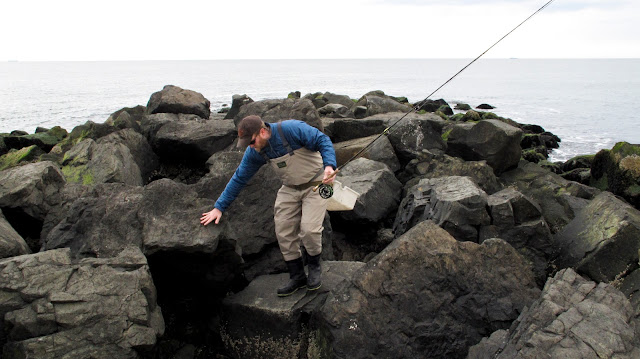