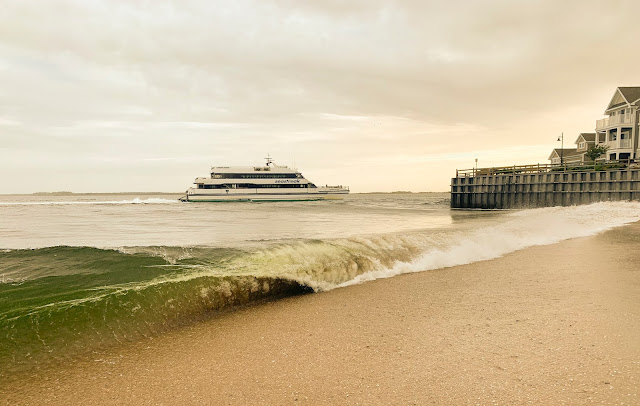 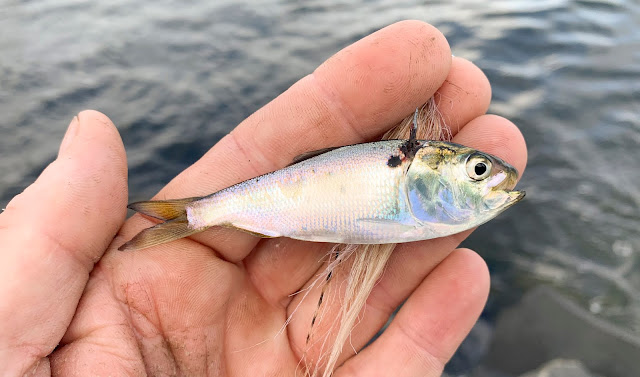 From a few days ago. Hit the Raritan Bay since old front hasn't been giving up much this fall. Bounced around starting in the Highlands and working my way west finishing up in Keansburg. Found lots, well, tons of bait all along the beach and rocks, but nothing on them but small blues and birds from overhead. The bait in the Raritan, from I see, is all peanut bunker. Not the 4-6 inch 2016 sized peanuts, but these the next size down, from 2-4 inches, which are perfect Scooby snacks for striped bass. The Shark River, again to my eyes, seems to be loaded with silversides, and up north the peanut bunker. 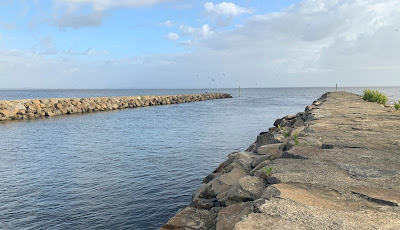 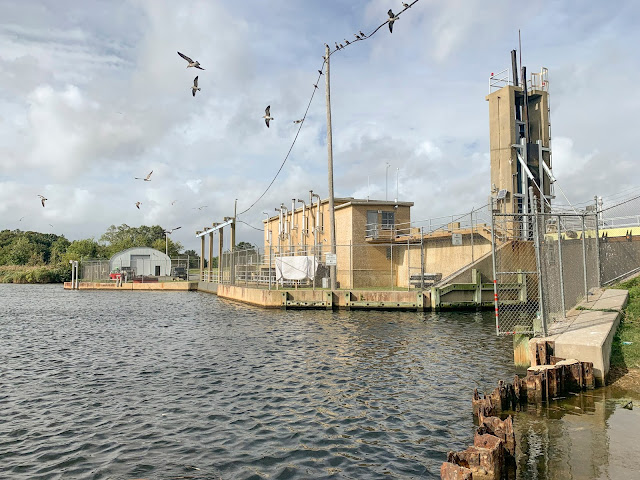 One spot brought back fond memories. Many years ago my cousin Rossi used to take me fishing at the above location, which has changed in the 40 years that I remember. We used to walk from his home on Fox Avenue and and stop at Charles Ave where the now Bayside Manor Nursing home now stands. There was a guy that had a pop up tackle shop and he used to sell spearing for 25 cents a cup. The bait was stored in one of those old lever-pull refrigerators. We fish the Waackaack Creek and Thornes Creek and sometimes Natco Lake. While in the Burg' I sopped by the Dixie Lee Bakery for a buttered roll, one of the best around.

So there's plenty of bait in the bath tubs of the rivers and bays, the Navesink is giving up some bass as well as the Point Pleasant Canal and Manasquan and Shark Rivers. Out front is slow, but with some dropping temps in the air and water soon things should get going.

Posted by The Average Angler at 9:32 AM