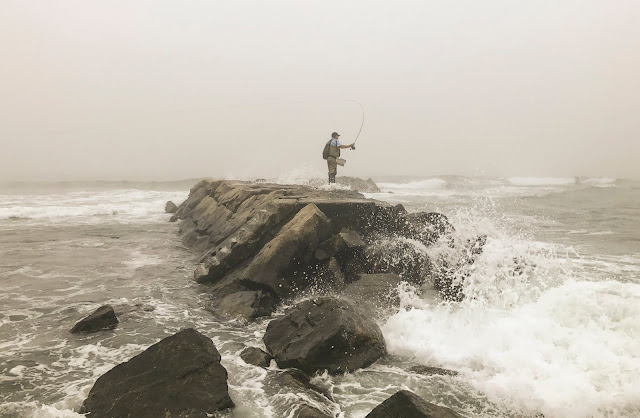 I was recently able to get into a hard drive that was in an old iMac I had that blew up. Scrolling through the images I found some from a trip Theresa and I made four years ago. Newport Rhode Island had been one of my favorite places to go to. That was before I finally opened my eyes and realized Cape May has a similar feel to it. So many miles and so much gas to get there. My first trip there was in 1993, and my first striped bass was caught in 2002 on a half a day charter with The Saltwater Edge. 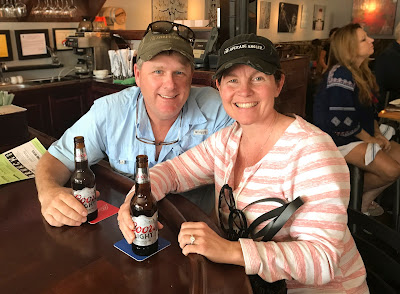 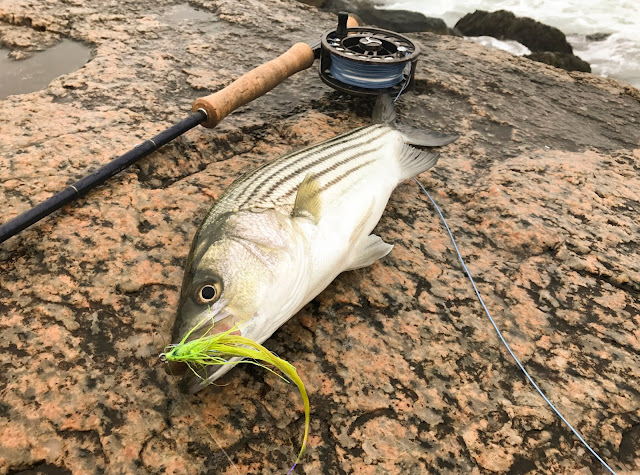 One of my favorite places to fish is in Newport, and this groin sticks out into a rock field where bass chase bait. I've never caught a big fish there, but many schoolie bass, from August through late September. I like it on a bigger tide, where its gets dicey making your way to the rocks. Most angler squish their way around getting to a good perch to fish. That I'll let them have. I can't imagine me in a sausage skin swimming out between the ebb and flow of the tide. 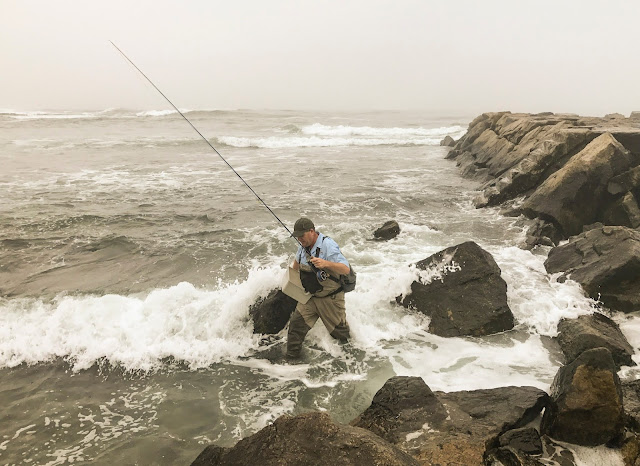 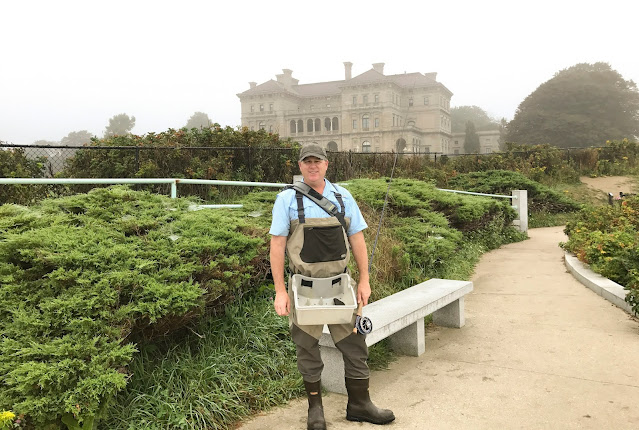 Posted by The Average Angler at 12:15 PM