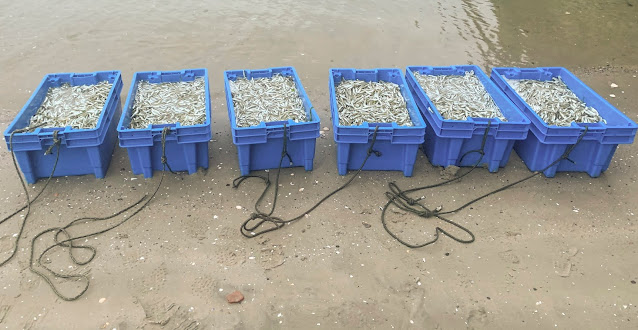 Didn't know what to expect this morning...well I kinda did. Usually the second week of September we see the mullet run, and there's bass on them. Sometimes its a week early or a week late. On Monday we have the September Harvest Moon, which is full. That should get the bait moving. Of course I was way to early this morning hitting the water just after high tide, about 430 AM. Ran a snake fly across three beaches without a tap. When Leif showed up I was making my way to my truck. 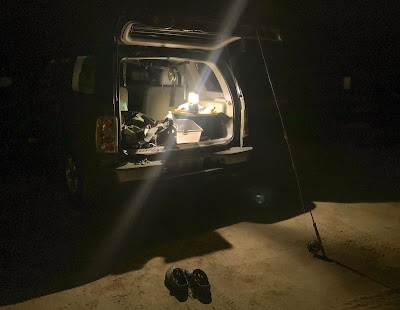 I took a ride down to the Manasquan and found a guy seining on a flat for bait, and it was like when Jesus told the apostles in the boat to cast their nets. It was silversides, good sized ones, and a lot of them. As light arrived I watch as bait swam around mostly without being bothered, looks like some snapper blues were in chase. After a short ride I found more peanuts than spearing, and they too weren't 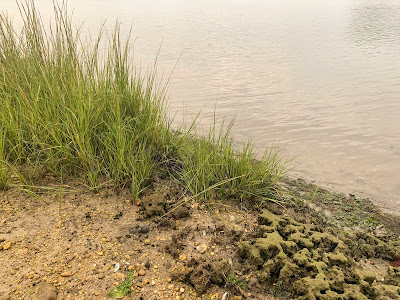 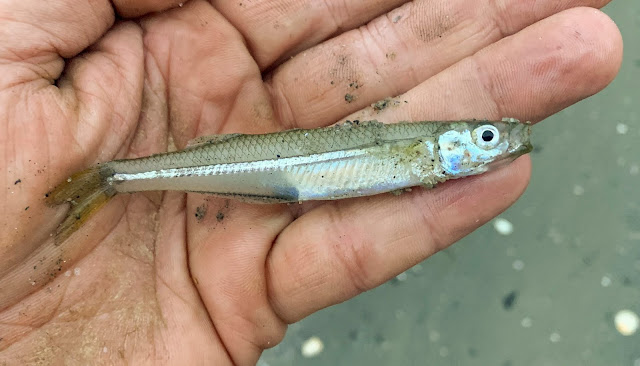 being harassed by things below the surface, although a variety of birds attached from above. Can't wait until next week after the moon to be there when the bait pours out front, hopefully there's some bass. 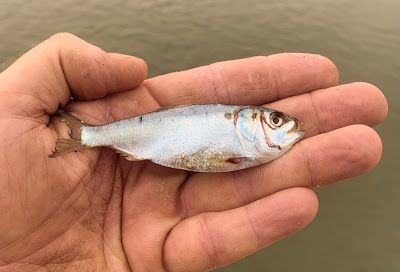 Posted by The Average Angler at 10:10 AM