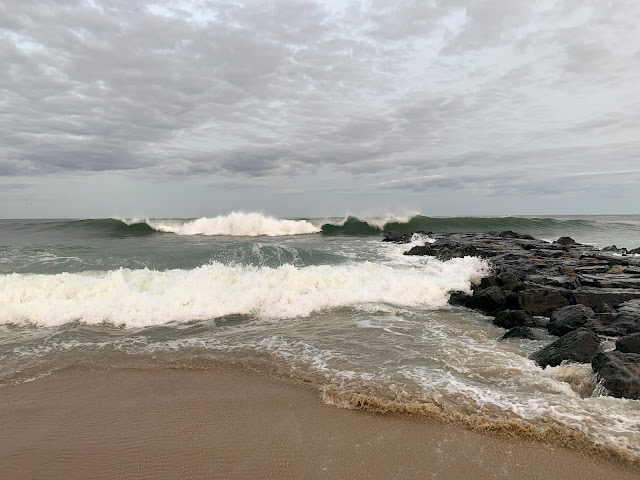 After a disappointing morning I took the drive of shame back to Mercer County. It was a day off so I took a shot at DMV to get my new 2005 Yukon Denali inspected. Previous trips to MV had me there 9 and 5 hours on two trips. Luckily this only took about 25 minutes, and it passed, so that was a win. With the stuff done, or at least to gibe me an excuse to go fishing, I headed down I95 to the beach. I knew it was going to be big, but I checked on the beach was a few hours earlier and the water was clean and green with tons of surfers and people on the beach. 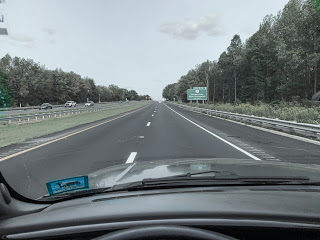 When I got down it had become bigger as it was on the top of high tide. I went to a corner pocket I usually like but there was the broken-tip bait stacking crowd there with their five year olds running back and forth behind me. Since I didnt want to pull one of the kids eyes out with a Snake Fly I took a walk.
I started out on the groin and heard someone say "be careful" as they walked by. I looked at them, looked at the waves breaking, and walked back to the sand. I played hop scotch with the incoming waves in the pocket but couldn't get it where I wanted. Big water like that is fun but you have to be on the rocks, right next to the rocks, or on a beach that has good structure like a trough. 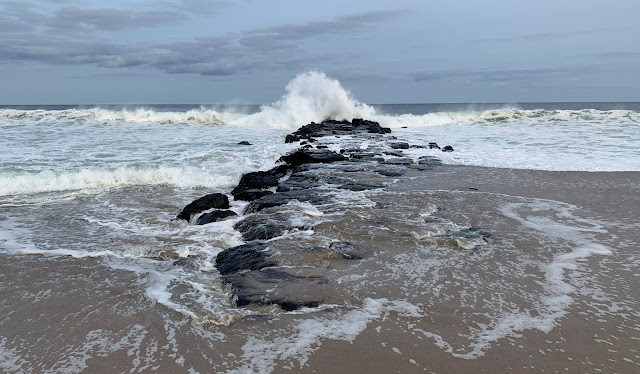 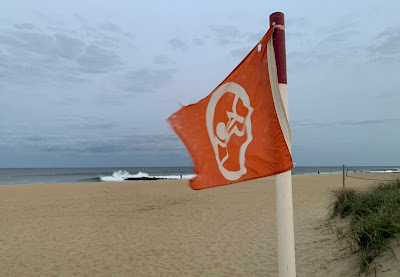 Before I left the wind went hard south which I thought would help. I decided to head south and when I got to my car I found the below scene. A guy so excited to fish he left his car door wide open with his wallet on the center console. Glad the people in this town have lots of money. I went down to another rock pile and got out about 1/3 of the way but I needed to get out 1/2 way or more to be able to hit any decent amount of water. So I had traded in last night for this morning, figuring it would be too honky and big. Plus that ride..... 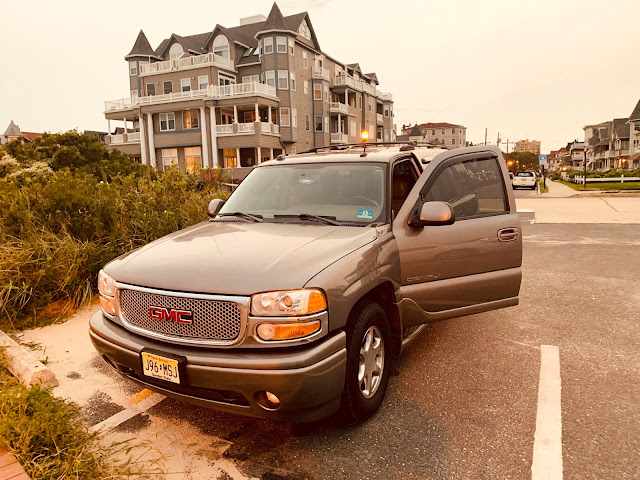 So with the benefit of living 5 minutes from the beach Lief texted me at 713 am. When I hear the bing from my phone that early its either a friend who caught or my brother who shot a deer, but I know he's not hunting. It was Lief reporting tough and sloppy conditions but he was able to do a one-and-done in about 45 minutes. It's nice fat 29" fish that took a black Snake Fly, extra large. 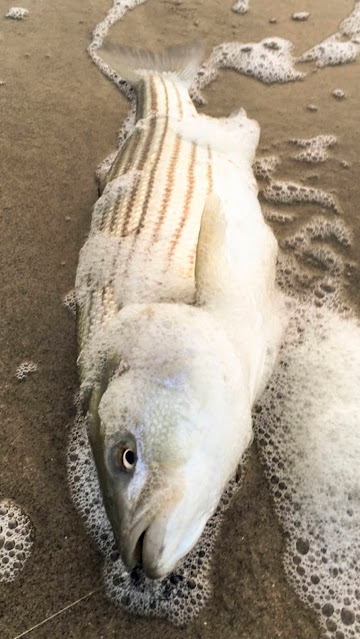 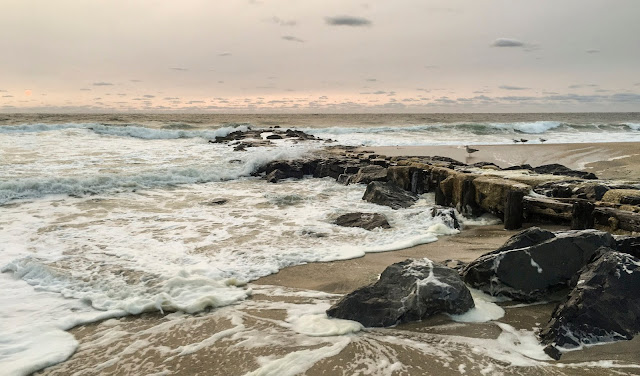 So it looks sporty the next week or so and I have to get serious with school and work so I'll be away from the salt. It will be interesting to see if the mullet are around next week after this series of continuous blows. 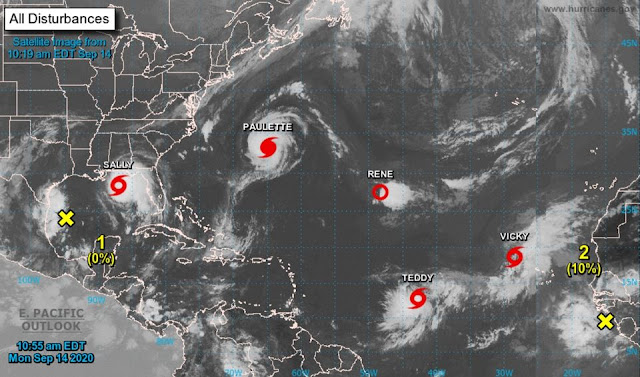