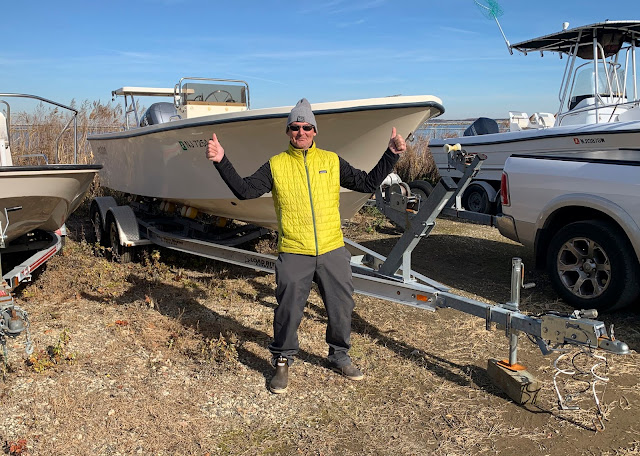 That was a text I received from Pete who had purchased my boat a few hours earlier on Saturday. I had it for sale for a few days and thats as long as it lasted. They say a boat owners best two days are the day you buy it and the day you sell it. I loved that boat. Had great memories on it. Taking Ryan fishing and the 40 he caught. Taking the girls out fluke fishing. Montauk and the albies in 2014. My best days finding acres of bass all alone in the Raritan. 30s and 40s in June when the bass were on top with big bunker with Joe and Andrew. Me and Joe finding a Mother Lode of big bass in 2018 when the bass came into Romer on mackerel. A few weeks ago putting Leif on some big bass on peanuts. And then there was that one glass like day I had Al out. All good memories. 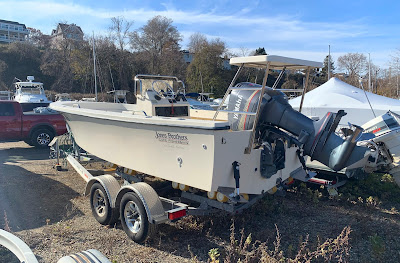 So Pete has the boat now and a few days have pst I hear he is running out front and over to Breezy. Guys think its me.....but those days on that boat are a chapter in my book. Drift boat sold. Jones Brothers sold. I'm now going to look for something smaller with a jet drive for the Delaware River. A new boat. A new chapter. I look forward being able to launch just 10 minutes from my house. I'll still take charters but it'll most likely be for that single fly angler looking for stripers, smallmouths and maybe muskies.

It was kinda sad leaving the Atlantic Highlands Marina for one last time. I won't miss the $650 deposit now due for next years land storage. Wont miss Gateways bill for winterizing and shrink wrapping. And won't miss seeing it in my driveway over a long winter. 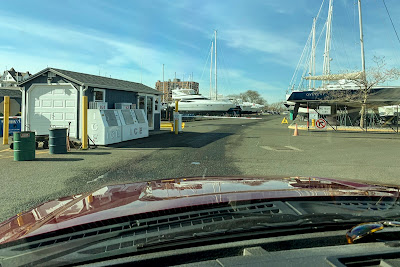 Before I met up with Pete Leif and I hit the beach. I was hoping it was going to be good. We fished Pullman without a bump. Leif caught one on Roseld. A friend had "at least 40 fish" all to himself somewhere in the middle as the bass had sand eels pinned between the bar and the beach. 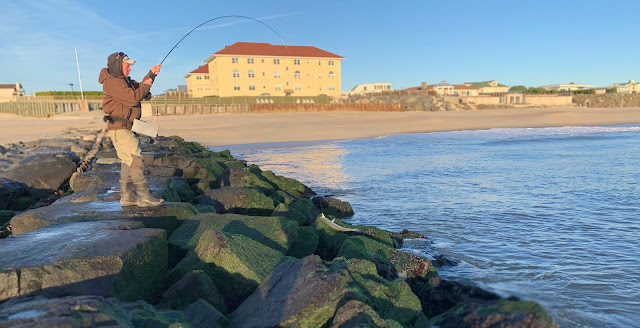 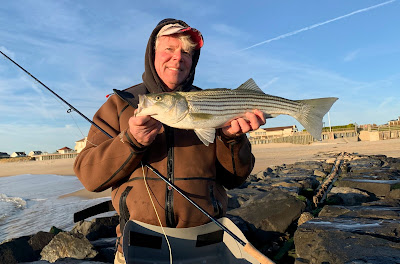 For me the only thing I could muster up was a hickory shad that took a peanut bunker imitation. Nice chilly cold morning that I wish was more productive. Seems like the days are one-and-done or stupid big numbers coming to hand. I just haven't had one of those crazy days yet this fall....and Im due and look forward to being at the right place at the right time. 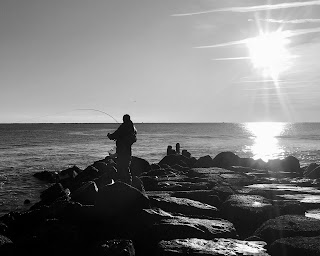 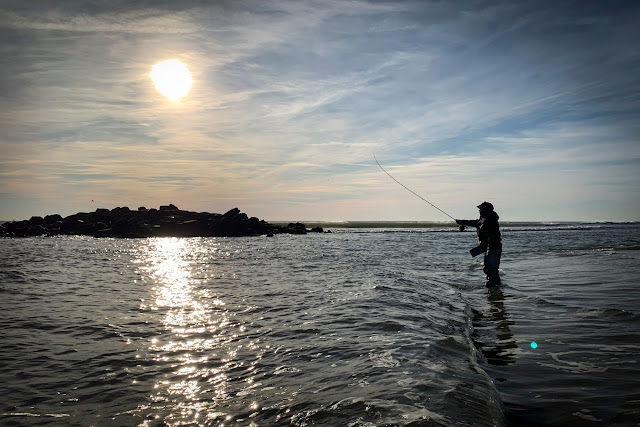 Posted by The Average Angler at 2:16 AM