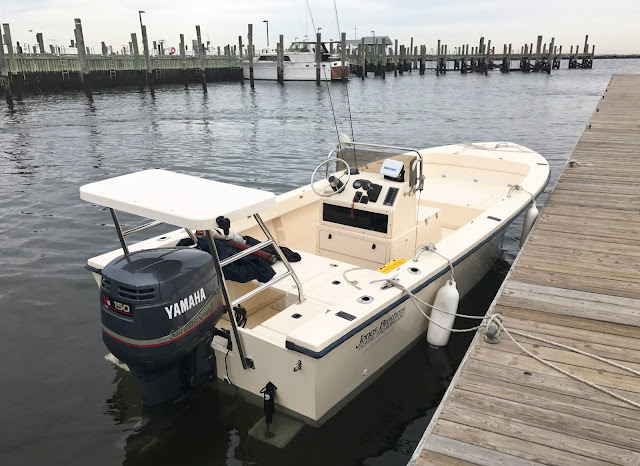 Over the last few years, especially the last one since moving out near Trenton, I have seriously considered selling my boat. Tough decision. Makes sense. Time for someone else to enjoy.

I have had plenty of interest from, clients, readers of the blog, and strangers in, "when you're ready to sell it, let me know". Now I cant put a face to one of them. So I am putting it up for sale here because I know there is a guy from Chester, NJ who was really, really into it, so we'll see if he in fact does read the blog each day.

What she is a 1998 Jones Brothers Cape Fisherman 1910 LT. You can read the specs HERE  on the Jones Bros website. This boat was sold from The Fly Hatch when Dave Choinard was a dealer and I knew the original owner. This boat doesn't have a lot of time on it, this year it may have gone out 6 times. I have had her since late fall 2011and she has always been on a trailer. The trailer I bought new in 2014. It has a Lowrance HDS7, with a side scan option, but that isn't hooked up.

I am not a truck or a boat guy. I know a little about each. All repairs and maintenance has been done by Gateway Marine in the Highlands since I have had her. Right now she's on the trailer at the Atlantic Highlands Municapl Marina until December 3rd, so you can have a few good weeks of fishing before putting her to sleep for the winter. 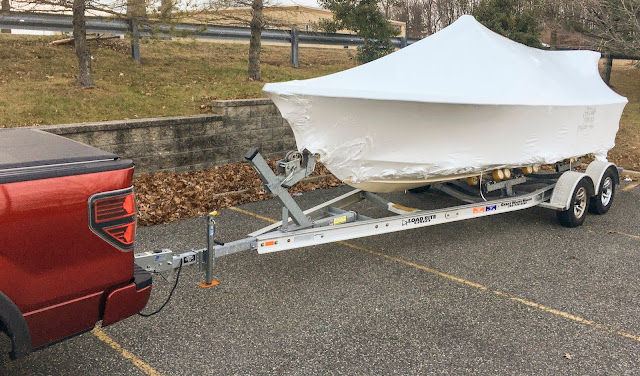 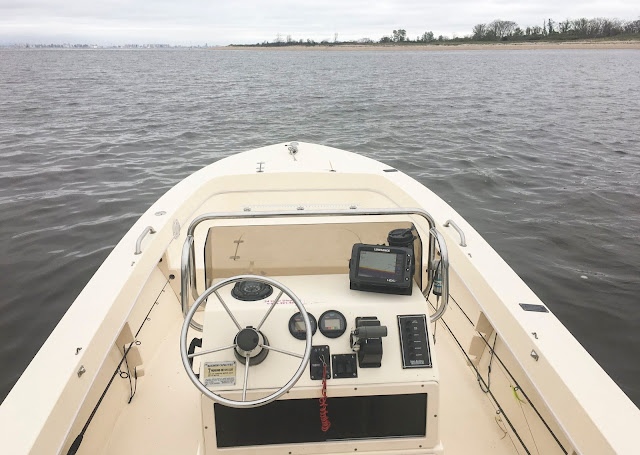 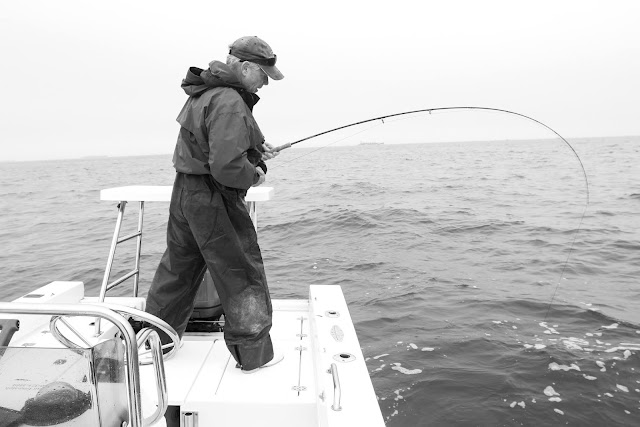 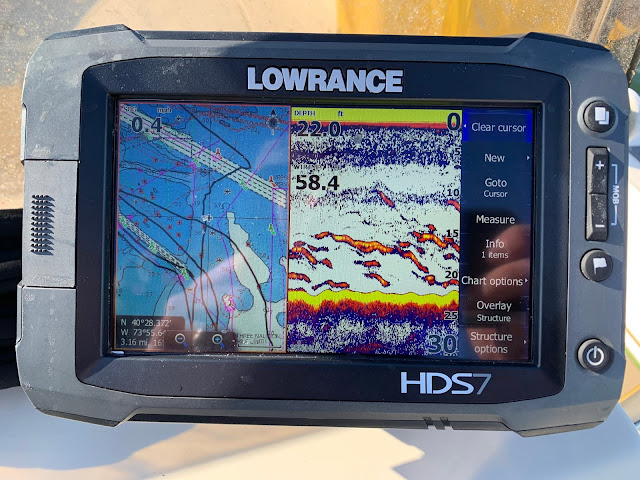