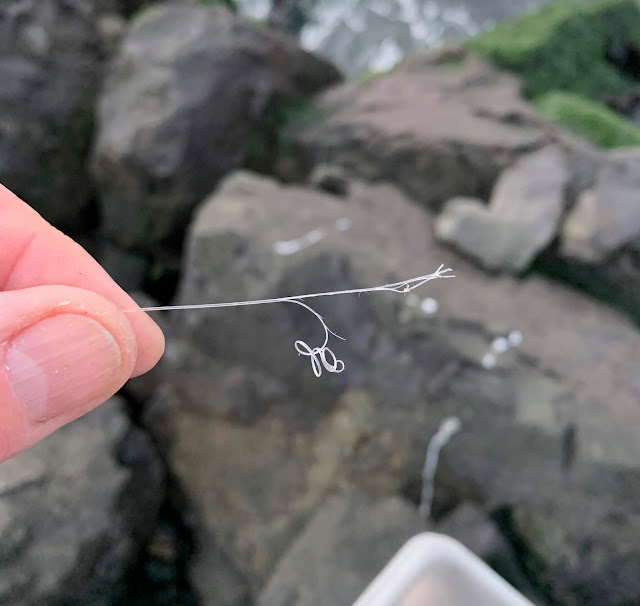 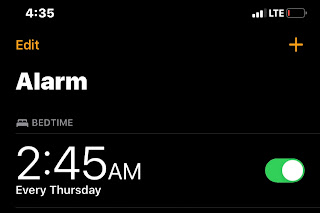 I guess I could make excuses. First I must have snoozed the alarm that was set for 245 am which made me panic when I woke at 430. Then it could be the tide was too far dropped. Or maybe I didn't fish enough in the dark. Maybe it was the SSW wind which kept them off. Or the fish weren't there. Or..... 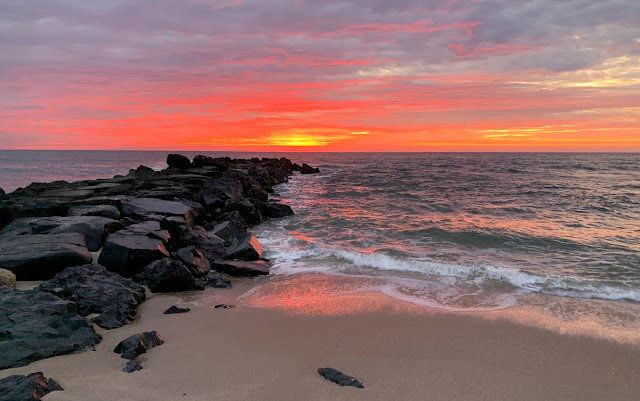 Made record time from Titusville even stopping near Great Adventure for a WaWa coffee and had a line in the water at 530. Still dark enough and I used the 9-minute fly I tied last night without a tap. Leif and I fished the beach for a bit before I went to the rocks hoping to find deeper water and bass patrolling the groins. Fished the south side with wind to my back before jumping to the south side. Found nice moving water but the rocks are spread enough that you have to thread the needle with the fly. Its cast, swim, and pick up. So I made a cast, swam the fly, and bam....I was tight. Good fish, real good fish, like better than the schoolies that have found the beaches as of late.

I looked right and left trying to figure where I would land it all the while staying tight so it wouldn't spit the barbless hooked ick and white Hollow Fleye. When I looked up my line was dangerously close to the partially submerged rocks out a bit. Little did I know the tipper, 20 lb floor, was being rubbed and just like that the line popped out of the water. First thought was the know pulled, but then I saw the frayed flouro and just shook my head.

Other than that it was quiet. No bait to see. Birds looking and off aways. Things going to get wintery the next few days but I'll be off at a college visit in the ADK's at Paul Smiths. Maybe the temps will drop a bit more and the remaining bait in the bays and rivers will empty and the fish move south down to my favorite beach haunts. 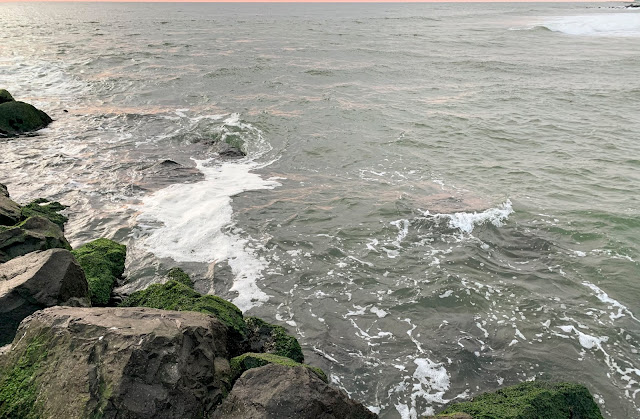 Posted by The Average Angler at 9:55 AM