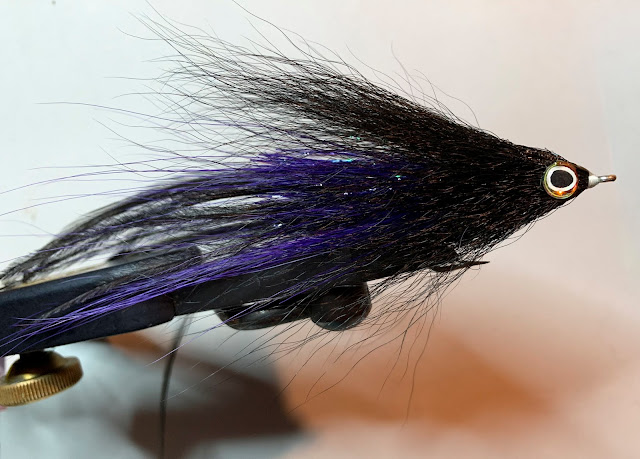 Hearing some good things coming from the beaches. The schoolies are invading, and so are the fisherman. After weeks, well months, of not seeing anyone on the beaches the local favorite haunts are inundated with cars, trucks and guys either watching and waiting, or more rare than common, actually fishing. Seems like the fish I was into between the channels are heading south. Solid schoolie bass have either left the river or these are the ones we saw in the pics from Montauk in September. Either way its good to have fish on or near the beach, even if its just for a few days. If you go, expect company. 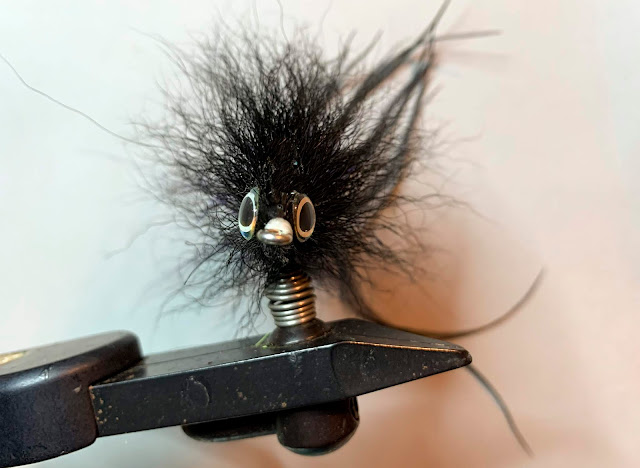 Joe was out tonight and sent me a pick to get my mouth watering. Nice healthy and feisty schoolie bass that are eating peanut bunker or a solid imitation. Joe whips up some great imitations in pastel colors with his trademark homemade eyes. If my fly doesn't work in the Am I'll tie on one of his. More tomorrow evening. 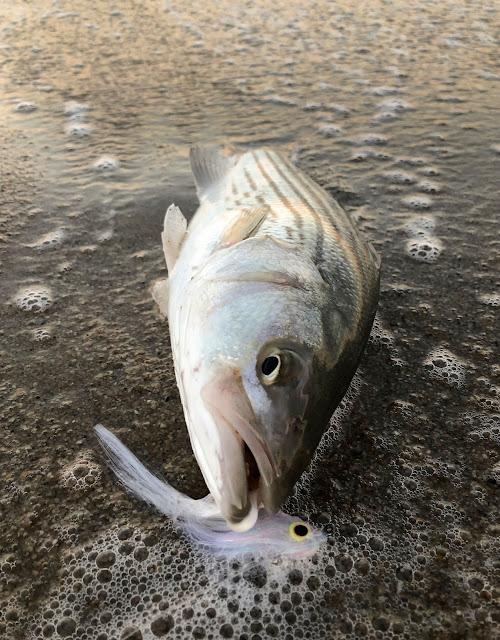 Posted by The Average Angler at 10:43 PM