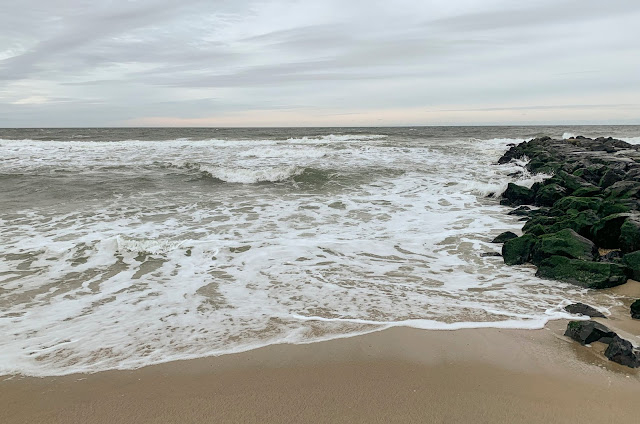 I had to head east this morning so I gave it a go about an hour before dead low and about an hour following the flip. Winds honking probably 17-25 mph at times had a wicked north to south sweep working. The winds kept just enough water around so that wasn't the problem.

I saw no bait and haven't seen a fish leave the water this fall, or even dimple the surface or make a splash. The birds weren't flying but they were camped out on the north side of each groin.....just waiting for bait to get caught up along side from the current or predator fish chasing them in.

Looks like we're going to have our first real Nor'Easter these upcoming days and fishing should have been today or until it gets too dirtied up or just to hard to fly fish. 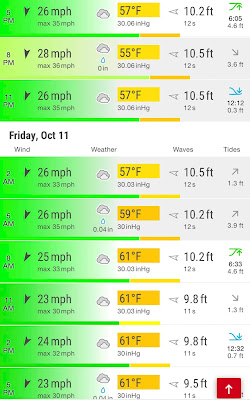 I worked the groins both sides up and down the beach without a bass tap. Small blues bit the back end of my Snake Fly and a few fluke hit just as the fly left the trough. I worked hard in two hours and didn't want to leave because I know something was going to show up, either bait or bass. 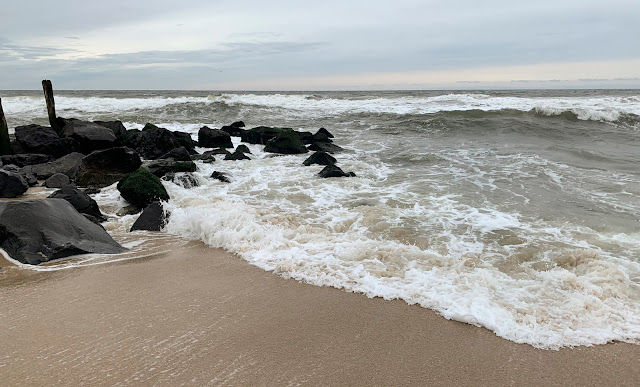 Posted by The Average Angler at 6:12 AM