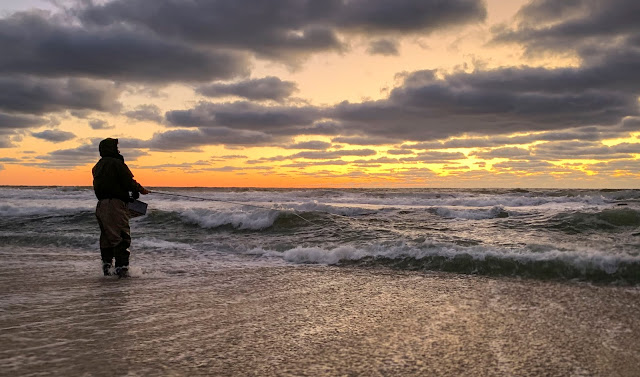 43 degrees at 4am on the Delaware River this morning. Fall is really here. Wind was blowing N/NE probably better than 20 most of the morning till I left at 730. Had the beach to myself at 5 and worked a notched groin from right to left following the hard sweep on the ebb tide. I stuck with the popper/dropper set up and did that on a 300 gr sinking line to be able to cut the wind and waves. 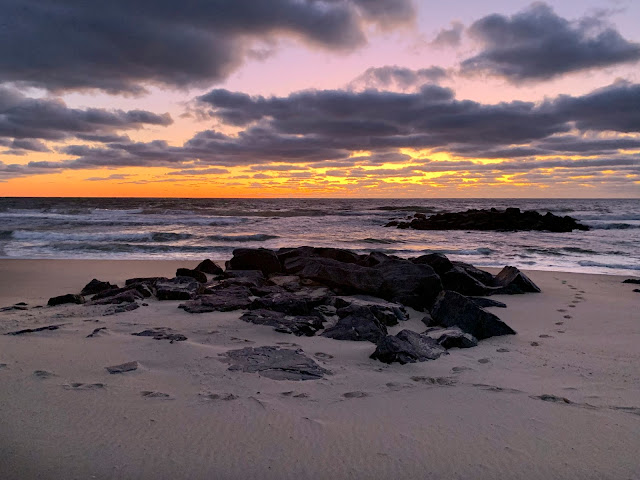 When the light arrived I saw Joe and Leif up the beach so I decided to join them. The top picture is very reminiscent of an image I made of Leif many years ago in one of his favorite spots....just before the pilings south of Roosevelt where Poplar Creek came out. 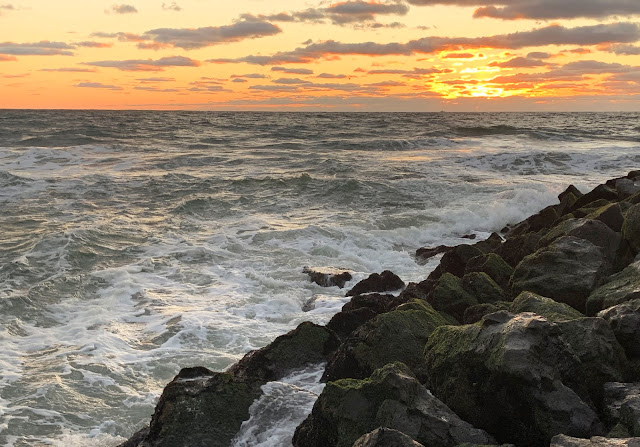 I said to Leif and Joe that I was going to jump up on the rocks and fish the north side of the groin. It was in your face wind, big waves, and the water made a hard turn from north to south. It was a perfect place for bass to hang as bait moved with the water. But before I did I stopped on the south side to make a few casts. 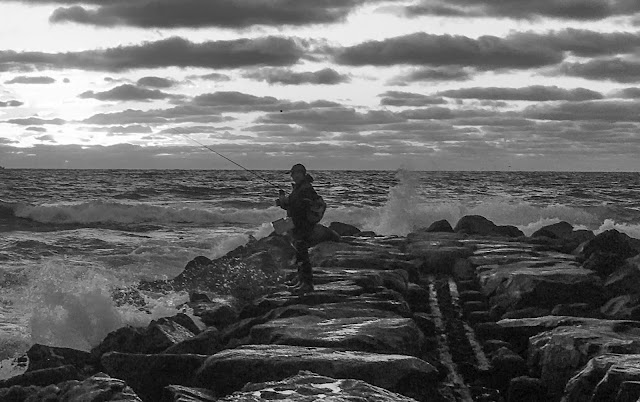 Leif hit the rocks first and on his first cast connected with a nice bass. It was a great picture if I chose to shoot it. I was low on the south side, he high up on the rocks, rod bent. But then I heard him say, "Awe shit..." and then his arm kinda go slack. As he lifted the bass up onto the rocks he felt a "pop" probably tearing his bicep or some other musculature in his arm. So, unlike me, I didn't take the picture of him holding his arm with the fish at his feet.

I went over and grabbed the fish and walked it around to the quieter south side and gave it a healthy release. If we were alone I'm sure Leif would have walked it back to the beach end or I would have jumped in to help. On this morning Two-Rod Mike from SOL fame was tucked in the corner so the only way to land that fish was up. 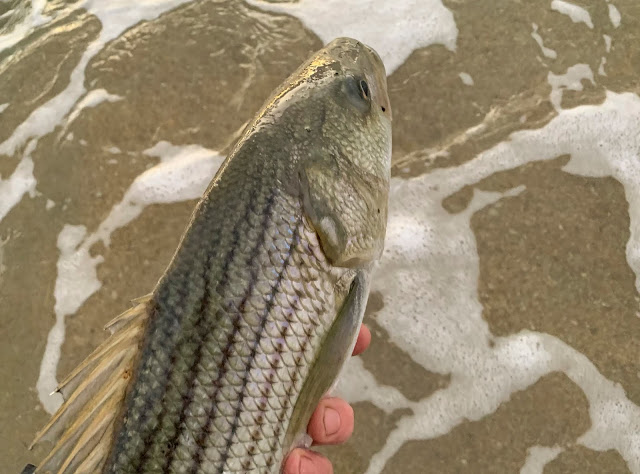 Posted by The Average Angler at 5:52 AM