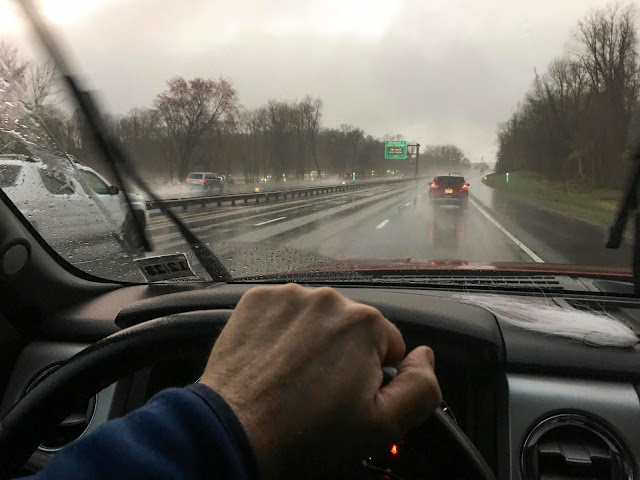 So I find early season is best, well first when the fish and bait are around, but second when the water has warmed over the mudflats from a good days sun. Today I had my window and is was cool and cloudy all day and just as I was making my way to spot number 1 the heavens opened up. Had a ENE wind with the incoming tide. Hit spot #1 and thank God I didn't park in the lot because when I was coming out it was locked. I spoke with a guy who did park inside the other evening and got locked in and had to get a $50 ticket in order for the police to open the gates and let him leave. That night he said he caught about 50 shorts, "So $1 a fish ain't too bad". 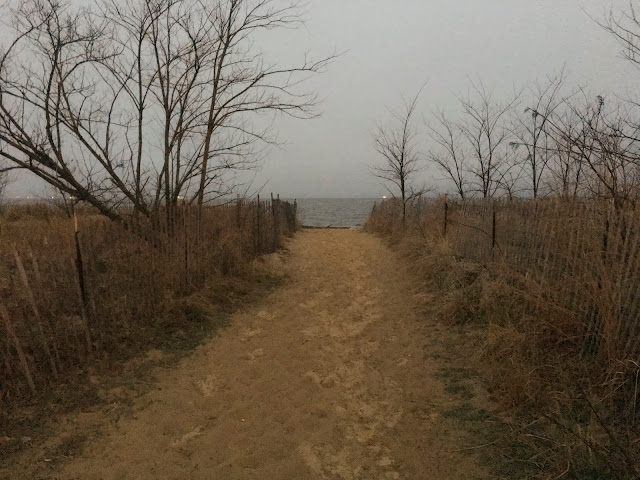 Spot one didn't produce for me or the handful of guys that were there. Since I'm out west now I thought about going GSP north to the Turnpike to Route 1......but this was my night to fish. I headed to spot number 2 and joined about 50 of my striped bass friends, some from NJ and others from across the pond. Again nothing for me and nothing for the guys to my right and left but I spoke with two guys and each got one, one a keeper. 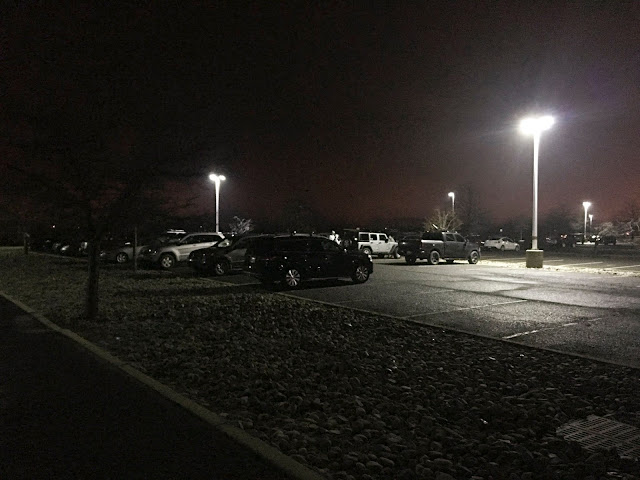 And in an effort to really catch a fish I hit the river and the end of the incoming and the flip of the tide. Casted for an hour amongst the tons of happily flipping bunker. Two other guys there the same time and came up blank also. One did say the night before a 20 inch bass was taken. 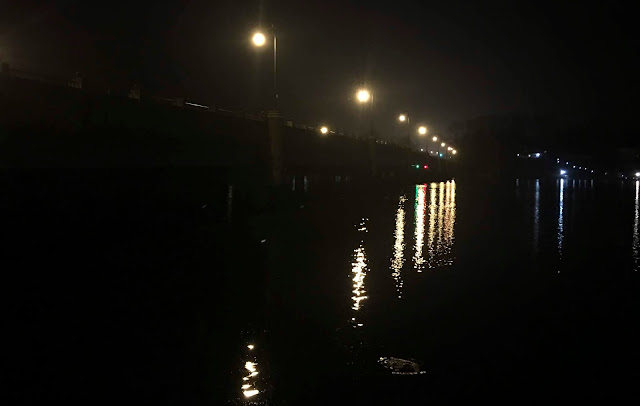 And to not sound like a no-fish-complainer the fish are here. Those guys that are fishing smart.....like tonight ......after a hot and sunny day should do well. Also the boat guys are on them, maybe too good. I heard a lot of "conservation" during the winter but I'm seeing a lot of dead bass pics from the head boats and charters on their websites and social media. Below Capt Jim Freda and his mates found the bass out front. Capt is owner of Shore Catch Guide Service and has boats and trips going now. 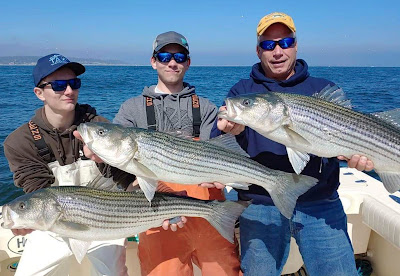