02.09.13 While pouring through the hard drives I found these....and it made me think of this past fall 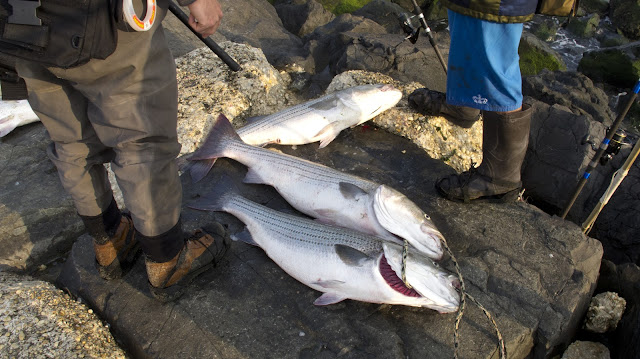 I spent part of my day looking through the hard drives getting images together for an upcoming edition of Fly Fishing in Salt Waters magazine. I came across images I shot in Long Branch on May 26, 2011. It wasn't one of my favorite days to be down on the rocks or have a camera in my hand. It was a day, one over a few weeks time, where you could almost set your clock each day and be around when the big female striped bass, or cows, had pushed the bunker in close enough where anglers could get in reach. Spin anglers that is, not fly fisherman. 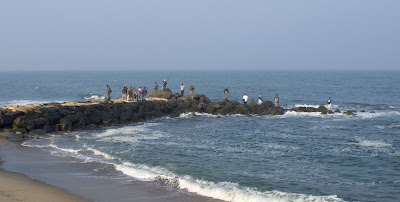 It was a month when time after time again I would go down and see 30 and 40 pound bass lying on the rocks or being dragged out to the street. Do I like it, no, it there anything legally wrong with it, no. But what it was, and is, is alarming. I know guys think there is a huge biomass of striped bass around and that their two won't make a dent in the numbers. Well, that MAY be okay if you were doing it once a year and IF those two fish weren't capable of spawning and releasing about 1million eggs for every 10 pounds in weight. According to the Massachusetts Division of Marine Fisheries, "The number of eggs produced by a female striped bass is directly related to the size of it's body, a 12 pound female may produce about 850,000 eggs, and a 55 pound female about 4,200,000 eggs." You can read more HERE . 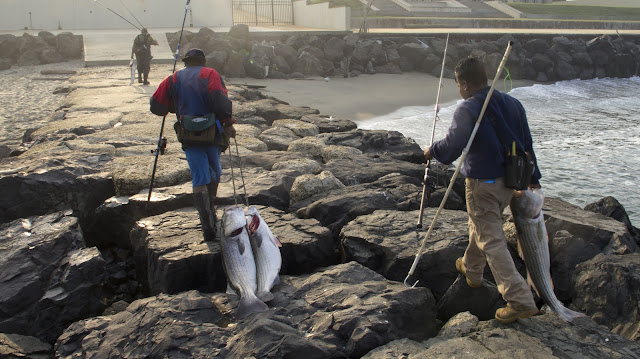 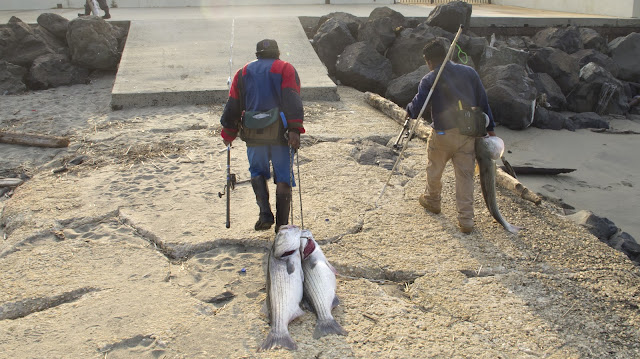 So, yes, as many anglers enjoyed a great 2011 spring, it wasn't as good in the spring of 2012. 2012 was a different kind of year as the fall run that "went off" in epic proportions in IBSP in November of 2011 and then "went off" again in Monmouth County from December through March, just kept going. But we didn't have the big bass around like in 2011, the bunker was en force, just not the fish as much.
However, this past fall things were looking that it was going to be fantastic again until Sandy showed up. A good bite existed as peanuts came down from the Hook and exploded one morning in Deal and Allenhurst just two days before Sandy showed. If you were there, you were lucky to be apart of it. If you were watching, you just enjoyed watching it too. However, the best part that I saw, besides a healthy amount of peanut bunker around, was the amount of large fish that were caught and released. Even it a short period of time like two years, I believe anglers are believing what they are hearing about striped bass stocks and are releasing more fish. Before tons of "hero shots" were everywhere with a group of guys all holding 30-40-50's proudly out in front of them, but now it seems, it's just as cool to release those fish back into the water. That's coming from the old salts as well as the new young guns.
I am proud to see anglers taking a more responsible approach to fishing for striped bass, to the point where a few keepers on the rocks don't bother me as much, so long as they aren't the big girls we need swimming to keep this thing of ours going.

Below are a few pics from this past October morning right before Sandy, notice the lack of striped bass on the rocks, and there were a lot of big fish caught and released. 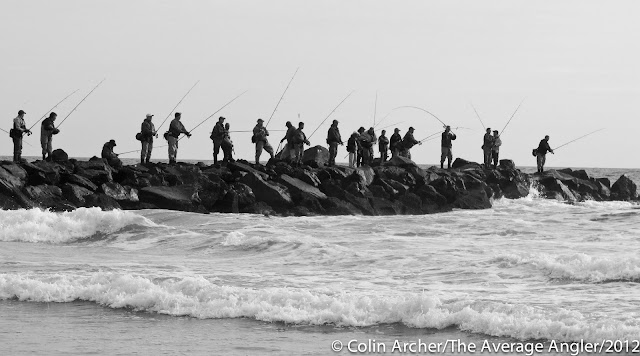 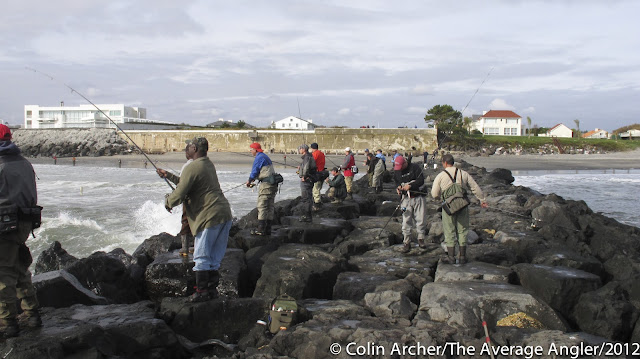 Posted by The Average Angler at 7:43 PM