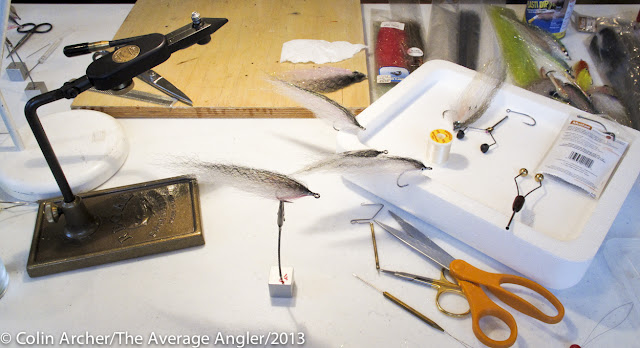 Following the Fly Fishing Show I wrote a post about some of the fly tying materials that I had purchased. In the days that passed I tied, well attempted to tie, some flies using Steve Farrar's Flash Blend. He developed the Blend around 15 years ago by mixing the materials by hand. I worked with Steve back at the old (The) Fly Hatch days, but never paid attention to the saltwater fly fishing as I was all about the trout and the Upper Delaware.
After my post I received an email from Steve offering to help me out as I started tying with the SF Blend. The SF Blend, a mix of Angel Hair and Slinky Fiber has been around and makes for great baitfish flies when tied properly. As with anything else, there is a learning curve in tying with this material. Several times Steve would say, "Half as much", as the fly was too bulky and had to be trimmed down. Steve ties his flies with the Blend with almost no waste and minimal trimming, which is the way the fly should be tied.
Not only fantastic tyer but he's a super nice guy and is willing to help anyone who has questions about fly tying or fly fishing. He is a true Ambassador to the sport and I am grateful to have been able to spend the afternoon with him. 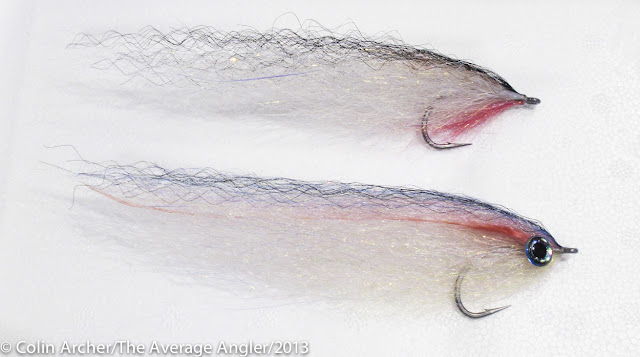 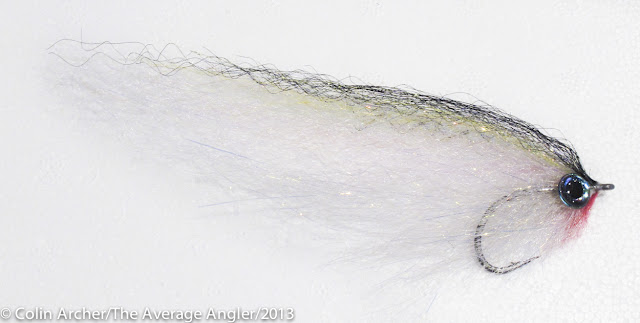 Posted by The Average Angler at 5:13 PM