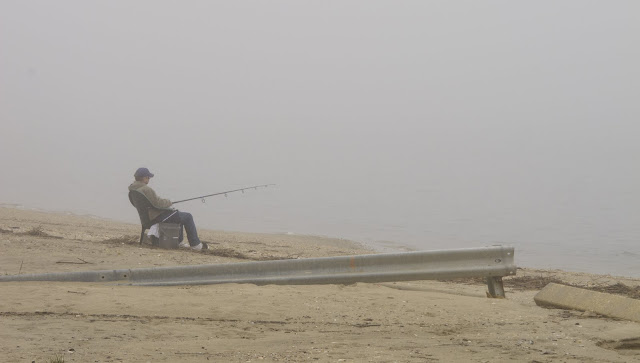 I started out today checking out the Raritan Bay action which has been heating up since I went to Florida. I first stopped at Leonardo and found the above lone angler who didn't move an inch while I was there. If he was dead, he was peaceful doing it, so I left him alone. I then drove to Union Beach and I was the only one with a rod in the water. I spoke with a few guys who were out on the scout and they said the following. Fishing has been decent, some keepers, no bait close as of now, herring was here and went, bunker should start, and then the blues will come. I stuck the water with my theremometer, 56 degrees, yes 56 degrees! It felt warm, I checked it twice in two spots and checked the USGS at Keansburg when I got home, which said the Burg' was 58 degrees. I worked the creek for a half hour without any takers.
Later in the day I met up with my friend Rob in Long Branch so I could loan him an 8wt. Next week he's off to Sanibel Island for snook and tarpon on a guided trip. He just wanted something to have to throw around when he wasn't on the charter. While we were down on the beach with his kids we saw a guy hook up off the groin at Madison Ave. I went over and talked to the guys who had two keepers on clams. The water was crystal clear and 48 degrees. This are slowly heating up and it's just a matter of time. 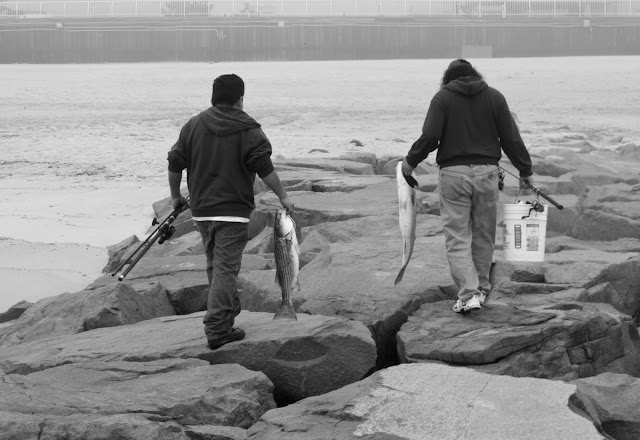 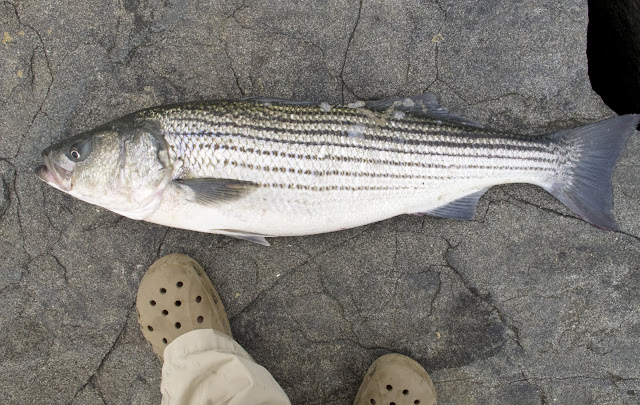 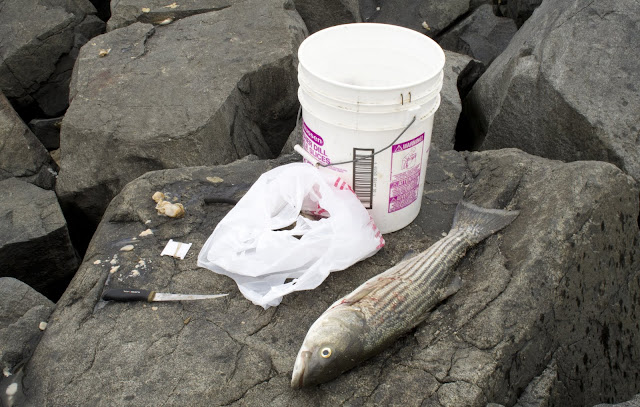