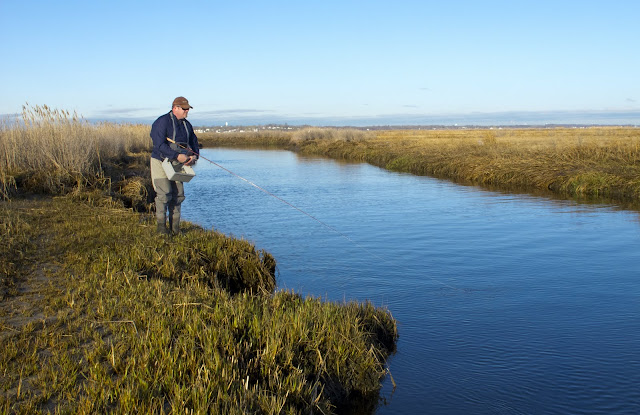 This morning was beautiful so I took a ride up to Union Beach to fish the Raritan Bay. It was great timing as I caught the start of the outgoing tide. There were a few guys fishing off the beach with clams but no one hooked a fish. There were about 6 kayakers out and I talked to one guy as he was walking his kayak back to the car. He said within the last week he had been present when at least 20 keepers were caught by guys on the water on kayaks, mostly on plugs. I spoke with some other guys who said they saw a fish caught here and there. I fished some really nice water along one of the deeper channels into where it empties into the bay. I have been taking a lot of time scouting the bay during the low tides. You can really mark the structure and mud flat locations and hard cuts. It was the first time I used the Orvis Acces 9ft 9wt. For the money, it's a great rod that loads and casts nicely. I had no luck but enjoyed the morning. I took the temperature while I was out there and it was 48 degrees, so where getting close.
I ran back up to the same spot this evening, start of the outgoing tide. This time there were at least 35 rods in the water , with most soaking clams and a guy here and there plugging. I returned to that same channel which was deeper and a little harder to fish because the banks were high. I saw one guy take a wrong step and go up to his shoulders and then struggle to get up the bank. The encouraging thing was to see gannets dive bombing out in the bay. That means the bait, most likely herring, is around. I only stayed for an hour and all those clams in the water didn't get touched while I was there. I figure within a week the bluefish will be crashing the bay, hopefully on bunker that should bring the big girls out to play. 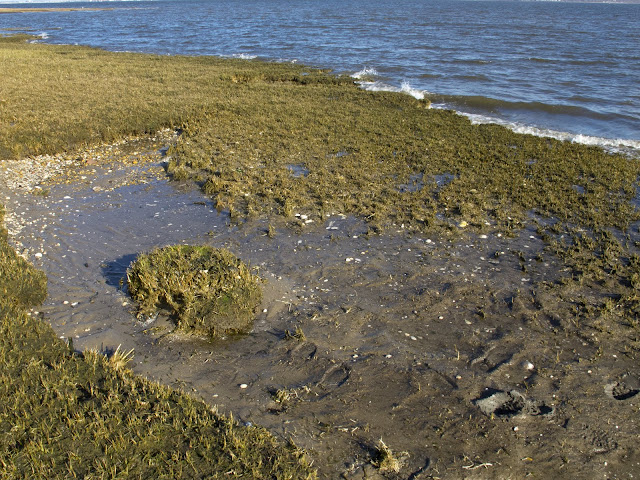 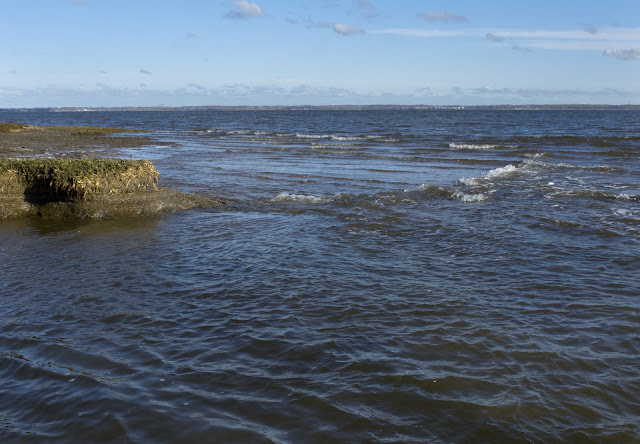 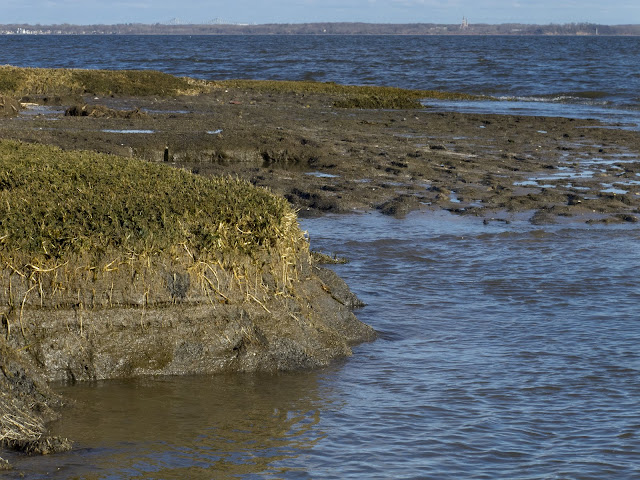 Between fishing and a little office work I ran over to my Trout Unlimited's new project, stream restoration on a part of the Squankum Brook in Howell. It was once a nice wild brook trout stream. It's a nice little section between Routes 527 and 529. It runs along Soldier Memorial Fields. I walked a portion of it and took some pictures to share with the members and those organizations we are partnering with at the local, State, and Federal level. Below are a few pictures 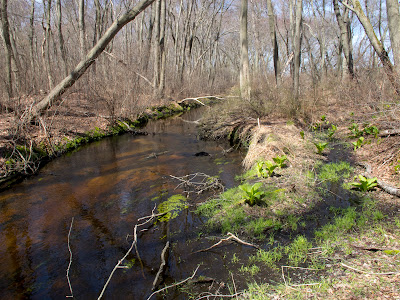 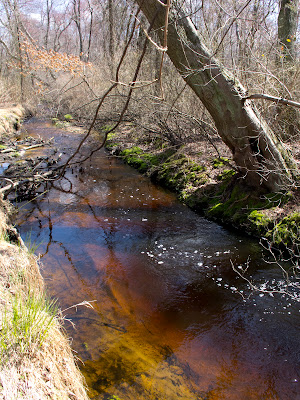