04.09.11 Opening day for trout in NJ and still working on the drift boat 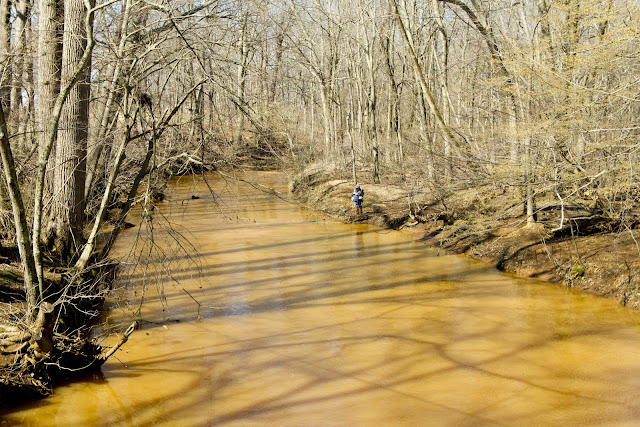 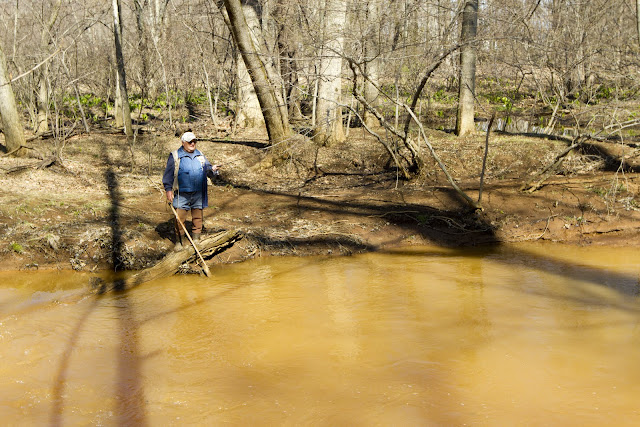 Well today the flood gates opened and thousands of anglers took to New Jersey streams for the opening of trout season. I stopped by a very quiet Manasquan River and found only one angler at Prevetorium Road in Howell. There were two other cars but those folks must have hiked for better water. The water at the bridge, and throughout most of the river that I saw was, well, horrible. It was up and it looked like chocolate milk, well maybe more like caramel milk.  I spoke with the lone angler and he said he had been fishing for a bout an hour and there were a few people out, and one guy said he saw one guy who talked to a guy who saw a guy who caught a fish. Hopefully some of the other waters were kinder to the season opener anglers that braved the crowds today.
After checking things out there I headed to TSC, aka Tractor Supply, and got some rubber mats to cover some of the drift boat bottom. If you've ever been in an aluminum drift boat and someone drops a reel, it can be heard for a distance, especially if you down between the hills in the Upper Delaware. I worked on the boat with my brother and my nephews and in addition to the bottom rubber we also tackled the wood floor. I need to get these boat things done before the trip to the East Branch on Tuesday. The full swing season will be here just on the other side of the trip to Florida next week.
Posted by The Average Angler at 7:38 PM