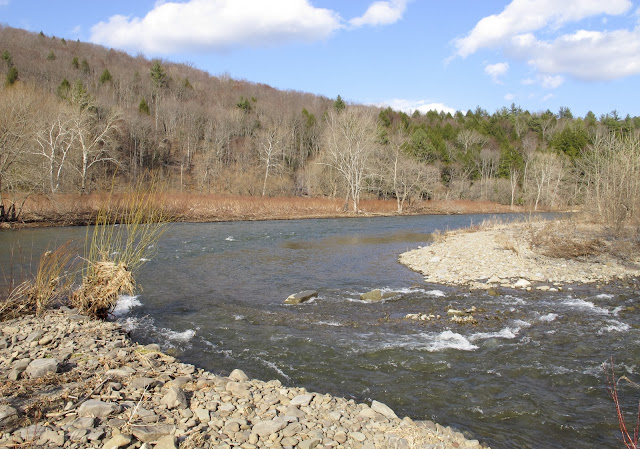 Shehawken Creek at the West Branch of the Delaware
So yesterday I had  quick one day trip up to Roscoe, Deposit, and Hancock. I went up to speak with managers or owners from three of the larger fly shops about guiding opportunities. As with anything else related to business, it's business. That's one of the drawbacks about doing something you love, you have to cross passion with business. But I had some great conversations and learned a lot, so I hope to be getting more through some shops up there.
I would have to describe everything up there as I would down here. Early. It looks early, it feels early. It even smells early. It's that weird time between the end of winter and the beginning of spring. I did spend some money yesterday. I picked up a landing net I had been eyeing up for sometime. And, I was glad to purchase it through a shop and not order it online. It is called the Measurement Net. It's telescoping and has a rubber bag, and can hold fish to 40 inches!

By about 330 I was done driving around so I decided to hit the water for a little while. I started at Shehawken and spent some time throwing streamers and nymphs but only had one hit. Water temps are still just below 40 degrees and the water is clear, but up. I then moved down to Buckingham and made some casts from the bank. I did see one big fish rise to little black stones trying to take flight. It was one rise and he was just off the bank in the Last Chance Pool. I stuck the water there and it was 40 degrees. Between the two locations I saw the little black stones. chimarra or little black caddis and baetis. So spring is on the way. Below are a few shots I took along the way. I went home through Lordville, taking Route 97 down to Hankins and up over the hill down to Roscoe. A few slices at Raimondos and I was back on 17 and home at 1115pm. 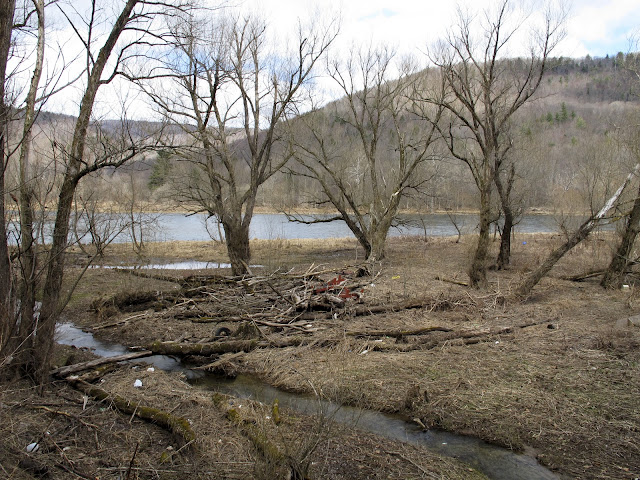 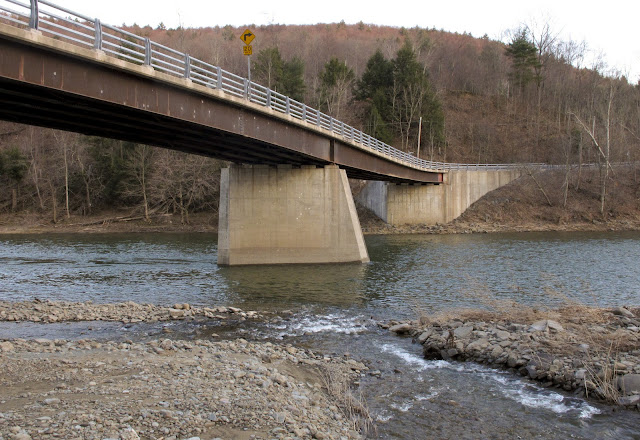 Lordville Bridge in Lordville
Early Season Trivia
Where and what is this? 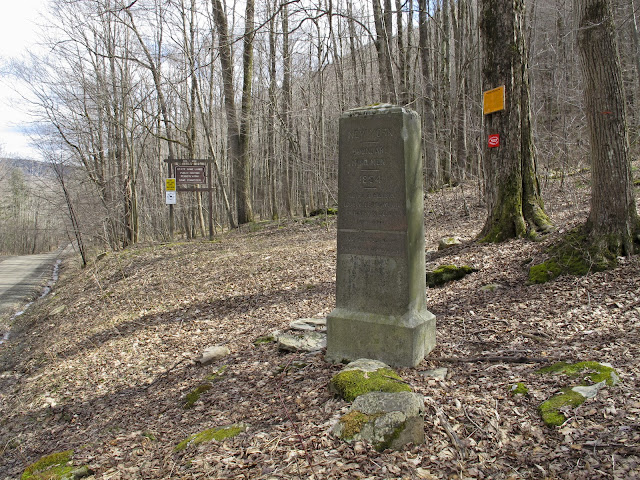 Posted by The Average Angler at 11:16 PM