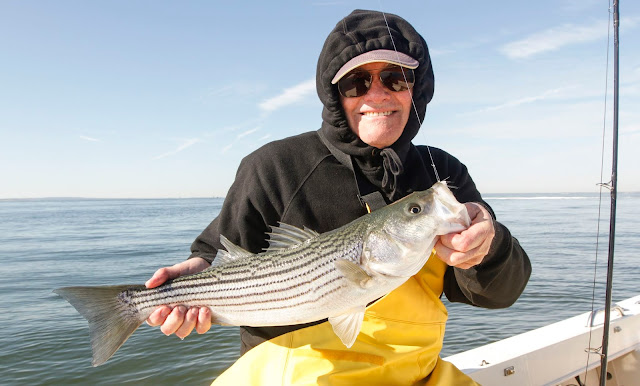 Beautiful morning out there with a great guy. Tom and I started out making a run down the beach looking for bunker and maybe some bass blowing up on them. Ocean was dead flat so any top water action cold be seen for miles. Stopped gong south at Long Branch without seeing anything including any boats inside the line as I assume the boats on the other side were targeting the bottom dwelling fish. 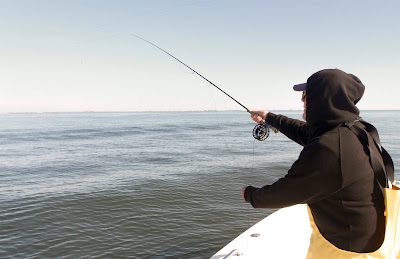 We headed back north and across the pond were we found more boats and birds just after the start of the incoming tide. It was there we started to mark some fish and saw them coming up to the surface. It wasn't run and gun fishing as the rises were one and done but the birds at least put us in the area for good drifts. 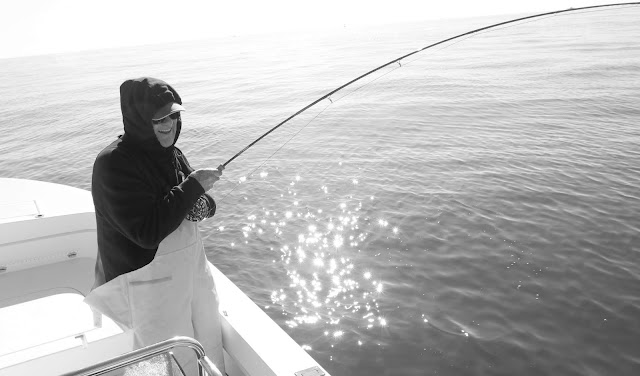 We hung around at the edge of the shallower water leading to the deeper channel and it started to go. Luckily there weren't any boast near us....until they were. The birds moved quickly and so did the boats. It went from Ambrose to the front of Flynn's to the Sandy Hook Channel in about an hour and then moved south. 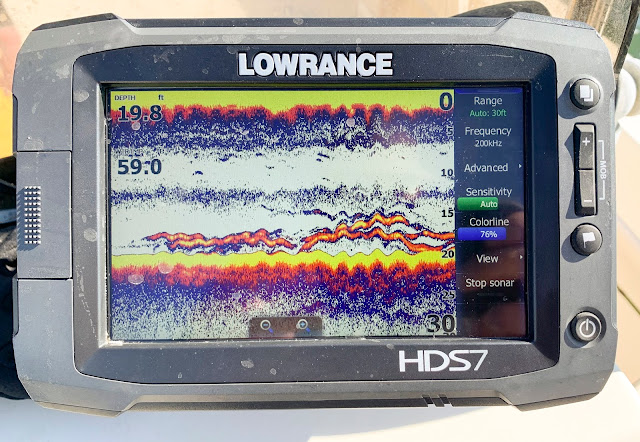 While the boat traffic wasn't insane in numbers it did show a desperation because boats, both big and small, ran through whatever birds and fish were around. We decided to circle back and see if there were any stragglers hanging back but we didn't mark any. Soon the dead calm waters started to churn with a steady south wind, and wile I was hoping the mini slop would get them going it did not.

We ran to the West Bank and then back to the Reach but were wasn't and sign of life. The water was off color a bit and the temps at 59 on the incoming. On the way in we stopped on some birds and had some marks but they wouldn't take a fly. We watched as a boat was way, way inside the Earle Pier sniffing on a flock of worming birds and soon the boat with the big blue light was giving chase but bailed out halfway through Sandy Hook Bay.

We called it a day around 1230 and I made my way to the office to get my fall dockage sticker for the rest of the season. Me and the boat will be available until December 2nd before it gets winterized and makes it way out west to hibernate for the winter. I have a prediction, another one. Big lull in the fishing outside of a few flurries, but then a good late sand eel bite towards the end of November and into December.

Posted by The Average Angler at 6:59 AM