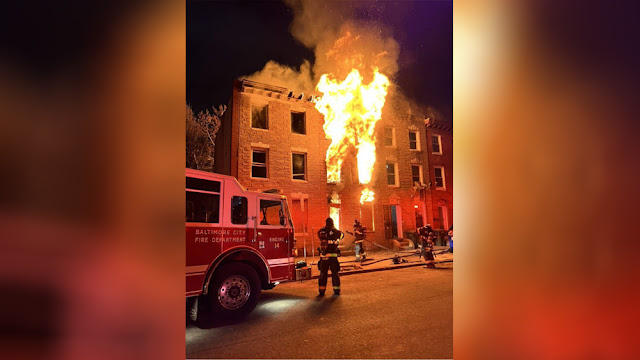 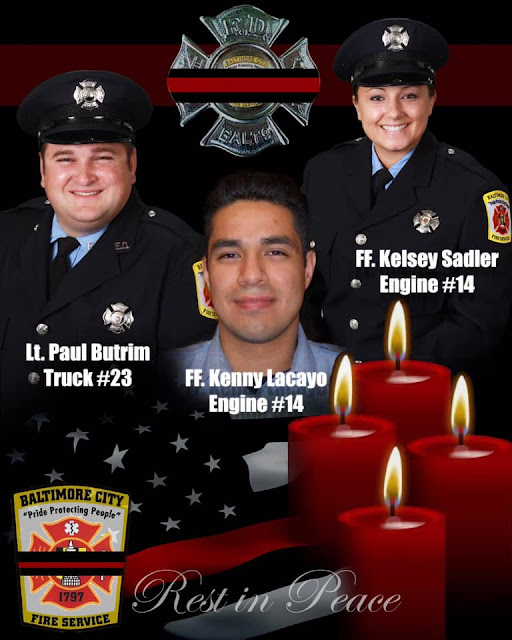 Around 6 am the Baltimore City Fire Department was dispatched for a fire in a vacant three story brick middle of the row. The image above shows conditions shortly after the arrival of Engine 14. They were met with a tremendous amount of fire showing from all three floors. Shortly after they made their way inside an interior collapse occurred. They were heavily entrapped in the collapse and after they were freed and transported word came out that three had died and one remained in critical condition. 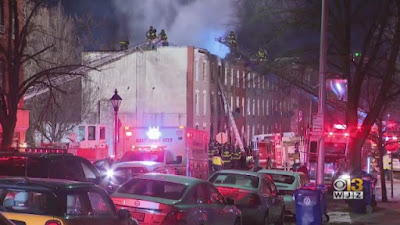 Posted by The Average Angler at 7:07 PM