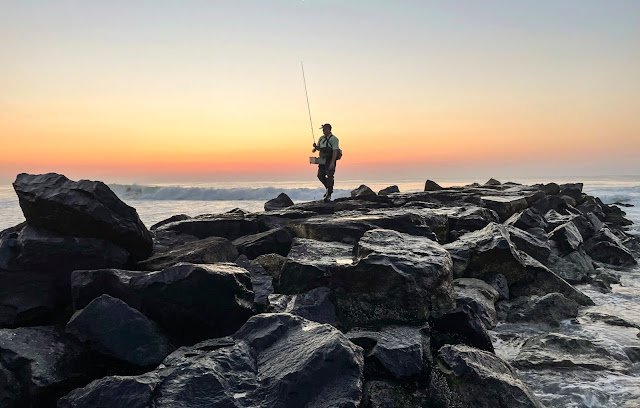 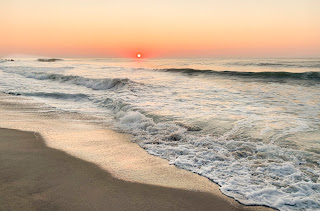 I wasn't going to go. But I did. Figuring it would be high tide at dawn would mean lots of bait and predator fish in the wash. That wasn't to be. Started with a popper/dropper and had something jump earl on but that was it for me. Leif came down and had a small bass on his first cast and that was it. Joe landed a small fluke and that was it also. 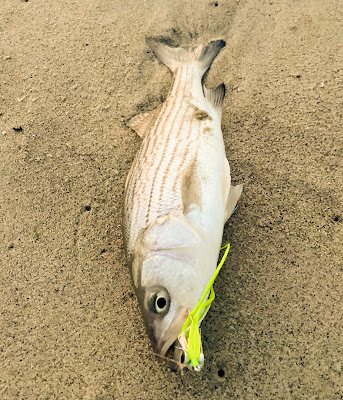 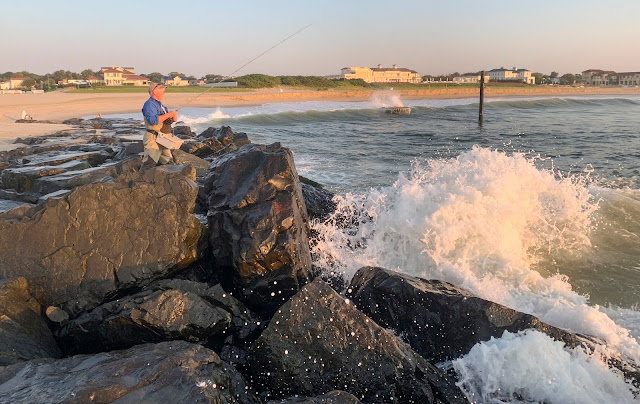 It was weird because its almost a new moon and although the tide was high there just wasn't much for water. The sand has been pulled off the beach and it breaks on the outer bar and runs across the structureless shallow sand to the beach. Not much for structure and the water comes in and goes out. While we were on the rocks I made a cast on the south side where the SW swell was coming from and encountered the salp. It covered the head of my flies. 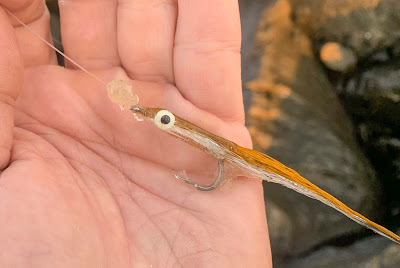 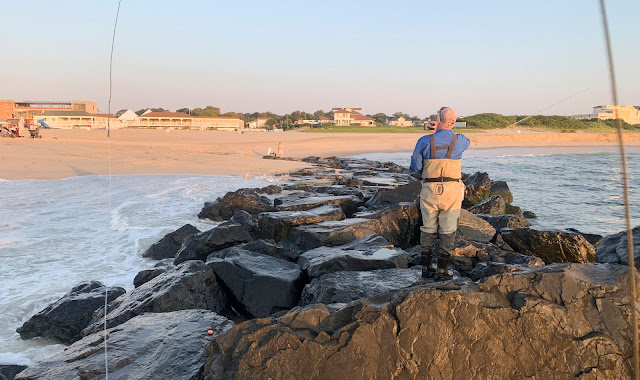 As I looked over to Leif I noticed a gentleman in the pocket remove his clothes down to his skivvies and take a morning bath. Alright I guess, but there was a load of people and young kids within eyesight. 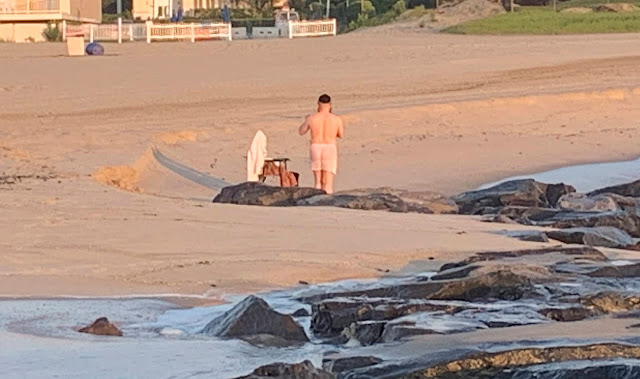 On the way home I stopped by the Delaware and made a few casts on the dead low tide. The river looks good and I have seen some recent catches made during the twilight hours by local angler Bruce 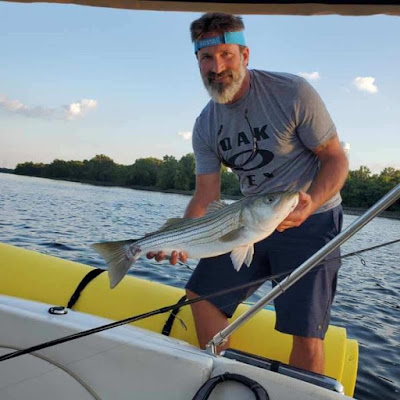 Pashley. One that taped in at 28 inches. They must be starting to target the herring and shad fry that are making their way down river. While its nice to hit the beach maybe I should be staying local and learn the fall fishery here before the mullet run starts in September. 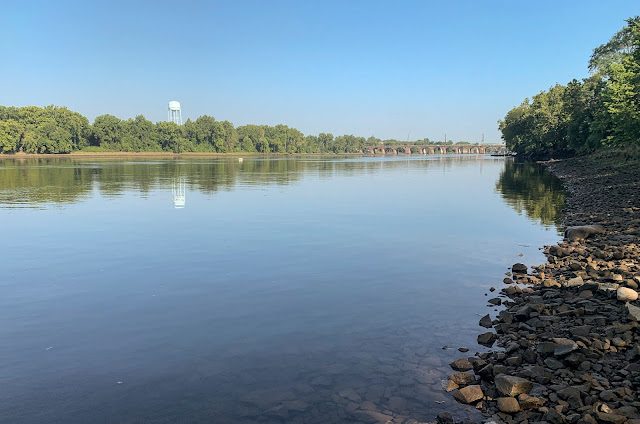 Posted by The Average Angler at 9:27 AM