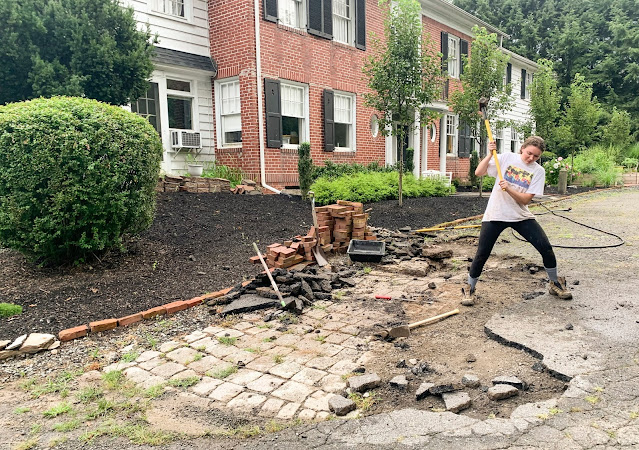 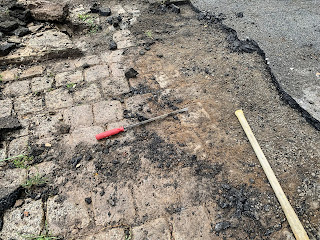 With it being the dog days of summer and not much going on in the surf I decided to start a hard labor camp for my kids. Sledgehammers and picks do the body and mind good. Here Lauren hacks a way at 3 inch old asphalt which was laid on top of old and beautiful cobblestones on our driveway. It is really going to be a sight to see in 25 years when it gets all picked up. 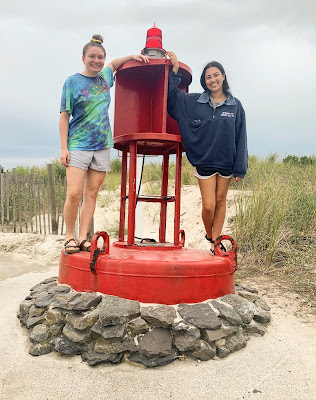 This weekend while at the Cape we toured the marinas looking at all the sweet fishing vessels, mostly Vikings, and watching the anglers get ready for the White Marlin Open. A 82 pound white was caught and if it stands it could be worth over 4.9 million dollars. I saw a picture of the fish on Facebook, 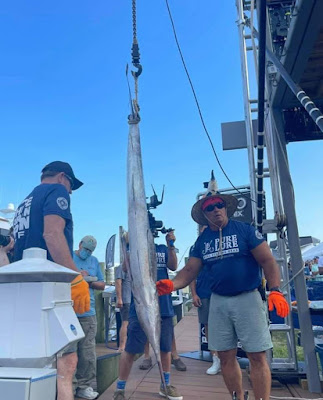 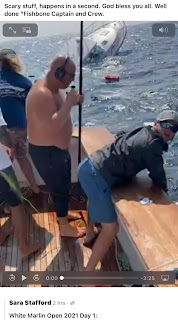 I guess it looks cool, I would think a fish worth that much would be more impressive. From what I learned its about 450 boats trolling around out to 100 miles. $25,000 to get it, 9.2 million in total purse money. Heading out 100 miles and trolling around all day and coming back in takes a lot of fuel, like thousands of dollars each day. One boat sank but the crew was rescued, from what it seems they were backing down on a fish and it might have swamped. 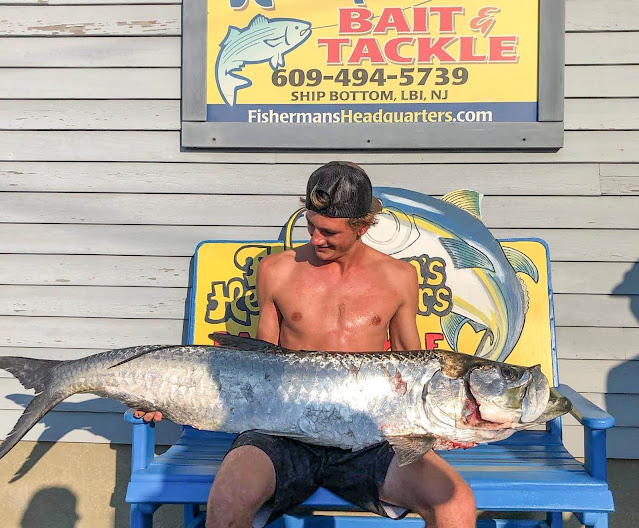 And August and the warmer water temperatures always bring a surprise or two if the waters are clean and green. This year there have been blue marlin in the wash, tuna within sight of land, and this past week a tarpon spearfished in Ocean County. Billy Martin sent me a photo from his friends who were out fluke fishing and caught a barracuda. 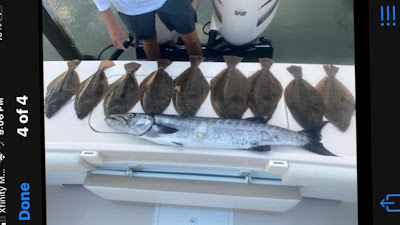 Summer also brings out the catch and release shark fishermen. From Long Island down to Cape May night owls are on the sand soaking bluefish and bait hoping to catch a variety of sharks. While that may be fun, I don't know how good it is for the sharks. Long battles, at times gear and hooks that aren't designed for catch and release. Last week a large sand tiger was caught in Ocean County and then the next day it was washed ashore not surviving the fight the night before. 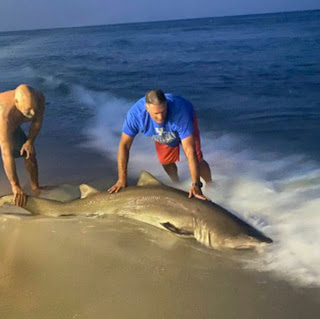 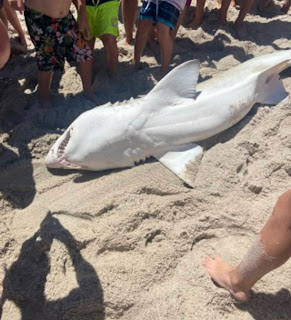 While its always cool to see species that normally swim in waters to our south and east it doesn't mean they need to be kept and killed. Once they make it to social media most anglers are skewered for killing species that aren't edible. 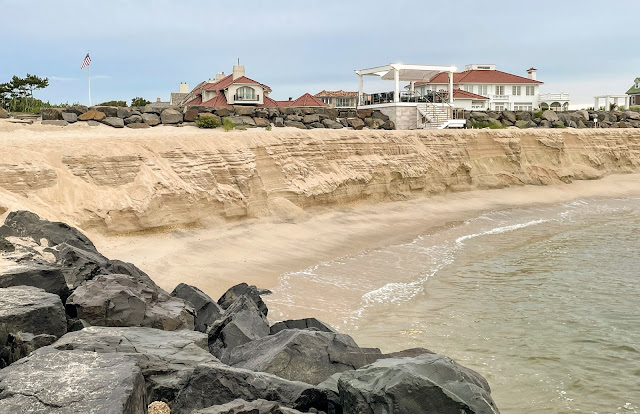 Leif Pettersen photo
I thought about giving it a go this morning but passed on the opportunity. Early up, long drive, chances slim of catching. Leif sent me the above photo of beach conditions in Elberon. I can't image the pain one would feel falling off the cliff caused by the beach erosion from the failed beach replenishment efforts that have plagued the ecosystem along the Jersey Shore. Yesterday I took Lauren to a doctors appointment in Staten Island and we passed the Arthur Kill landfill and talked about the years when New York City would load garbage up on barges and dump it in the ocean only to have it carried back into the bays and along the beaches. Who ever thought that was a good idea? Well in years from now we will say the same thing about the constant cycle of beach replenishment  every time Mother Nature takes back what is hers. 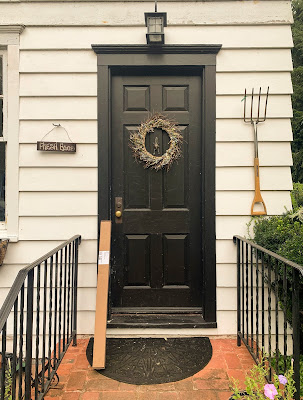 For now I will get ready for the fall. My road repairs from Orvis are starting to arrive, yesterday I got back my Hydros 7 weight which I use for the Delaware River, and due back I think is my H2 11 weight, or maybe a 10 weight. The rods took a beating this past year, mostly from dumb mistakes on my part. Its time to tie small baits and peanuts and some bigger bunker flies. Fall can't come soon enough. 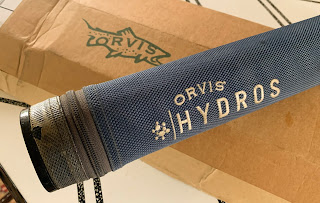 Posted by The Average Angler at 8:03 AM