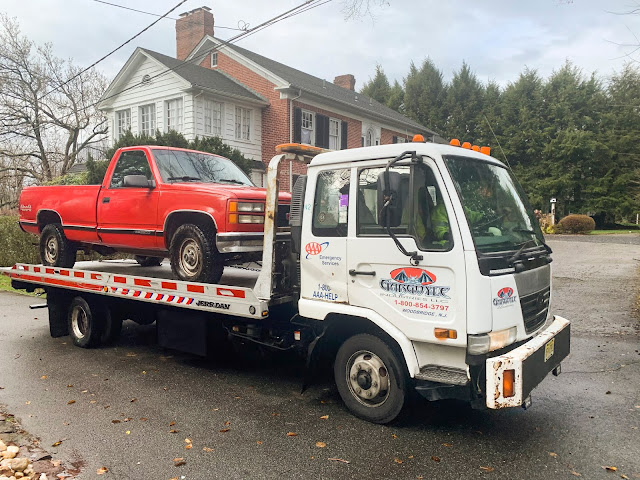 Yesterday she came home after a long salt soaking night in Atlantic Highlands. She was brought out west by AAA, thank goodness for that, all it dose me was a tip. Lots of encouraging Ellis and texts from friends, family and followers. Have to again thank Bunky and Paul for jumping to and helping out after it all went down. There was few questions on the cost of this mishap. Boat US doesn't cover anything, even with the xtra salt/fresh/trailer. on the road and water coverage. The towing and the diver cost me $525.....I thought it was going to run me thousands. Getting her back and road worthy again, if possible, priceless. Again the overwhelming opinion on this, "Forget it", except for my guy Jim, an ace mechanic, he ready for the journey with me and has been advising me since the beginning. 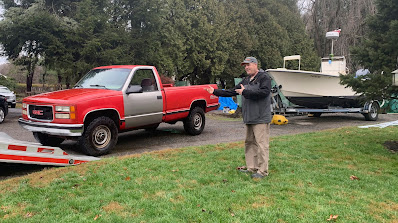 So as soon as she hit my yard it was game on with my ace mechanic helper Theresa. First we drain the oil. My bet to Jim was no water, just oil......his reply, "Yeah right". 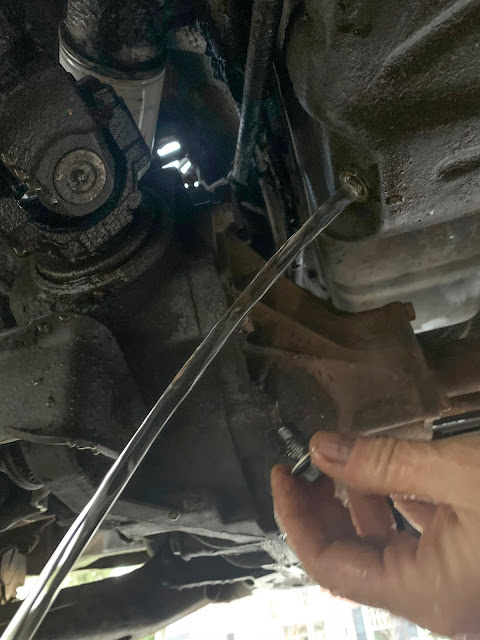 So after 5 gallons of Sandy Hook Bay saltwater drained from the plug the oil finally came out. I flushed the engine, ran some oil, and filled it and put the plug back in. Next was the transmission. Mind you, I am not mechanically inclined at all, maybe decline even. But I took the pan off, got all the old fluid out, flushed it and partially filled it and replaced the pan.
Today I removed the seat which weighed about 500 pounds from being water logged. Another pressure wash in and out followed by a leaf blower session getting all the water away from anything I could. So then it was time to replace the battery and remove the spark plugs spitting some water out, of the pistons?and see if she would turn over.....
......and she did. Phew! The lights came on, radio come on, horn worked and after spitting some water out, of the pistons?, it was WD40 in each, hole?, and repeat the process again. Tomorrow it will be out with the old gas and repack it with fresh, install the new plugs, and fire her up for real....and then drive her down the block. Just wishful thinking. 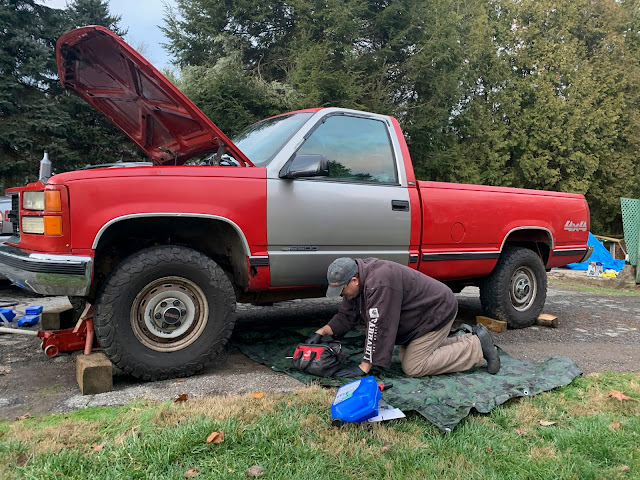 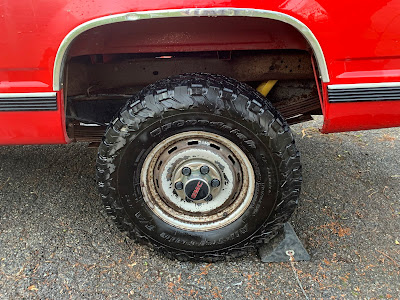 My brother, a true problem solver, came up with the explanation of what happened. We know what I did, but why did it happen? Here's why. 1995 GMC 2500. Heavy in the front, light in the rear with the high and extra suspension. The ass end is way up. Yes the chocks were in place and there was no bounce at all after coming off forward with the engine and trimming. But what happened was, picture this, with the weight on the stern of the boat, it stood up where the tongue of the trailer meets the ball, and that caused the truck to jump the chock. Now, was it my fault, well Monday morning quarterbacking would say so, I checked the rear wheel, had I done the front, where the weight is, my brother thinks this may not have happened. It really makes sense. He slo said I should get a drop hitch, which would lower the center of gravity, which may have would have prevented this. 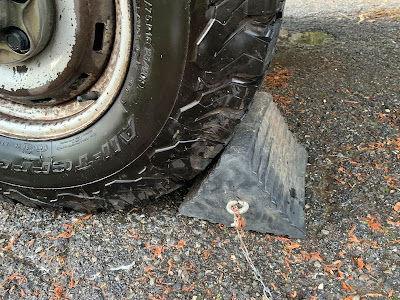 After cleaning up and giving her a soapy bath I covered her and ran a torpedo heater pointed under the hood. It needs to warm up and dry out as quick as it can. I'm still hopeful, but so far everything is going as planned, well hoped. 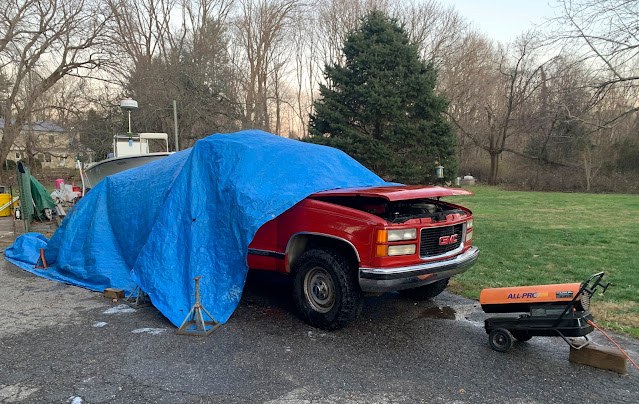