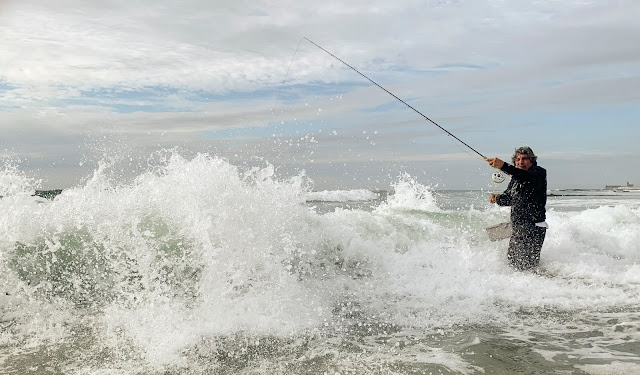 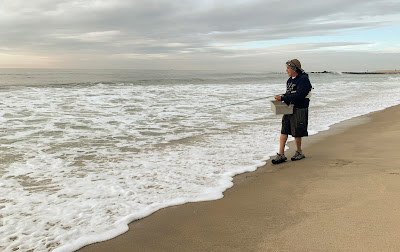 Had Tom out at 5am about an hour after high tide and we enjoyed the playing jump rope with the swells that pounded the beach. They came in quick sets, and every now and then Mother Nature would pause and it would be flat, just enough to get lured to take a few steps out and then swamped by a good wave. The surfers were out in numbers and while they played out, they always use the exit along the groins to get back to the action. 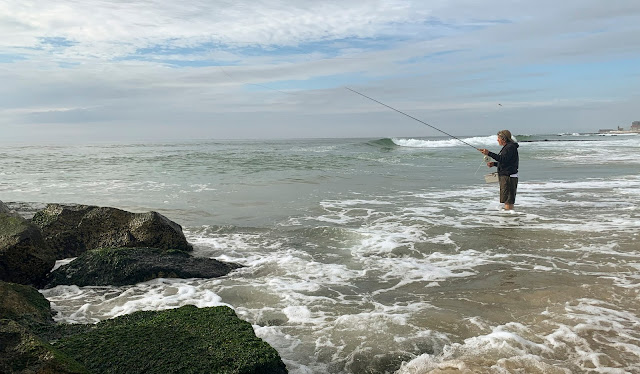 Tom's a freshwater fly fisherman but has lived near the beach for years and finally decided to give the salt a shot. It was a TOUGH day for the first timer. He did great. He had a bass jump his popper just as the waves receded down the scarp. I caught a 14 inch bass as I demonstrated a crab fly. 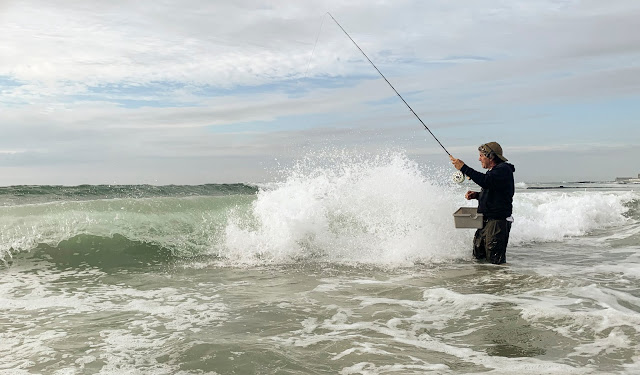 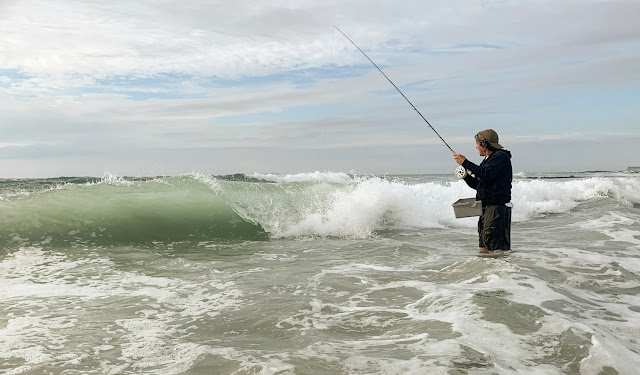 Tom asked me if he could wet wade and I said sure, not knowing at times the Hawaii-Five-O waves would be crashing into his stripping basket and bringing his fly line up the beach and around his feet often. He only fell in once, most likely caused by the pull of the water as it crashed into his stripping basket. We tried the popper, a Clouser, and a crab fly without a touch. I'm thinking this stretch of beach is holding smaller resident fish as the fish that moved in have moved, what I think, a little south. 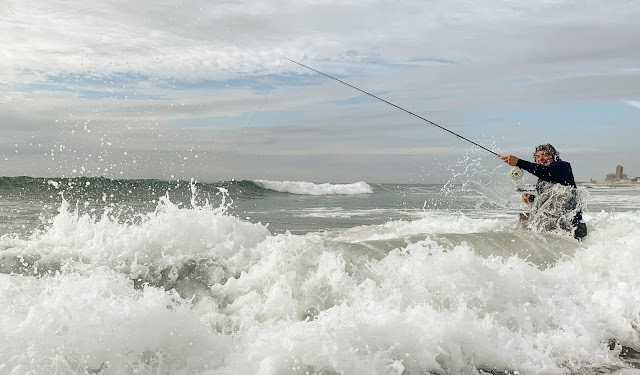 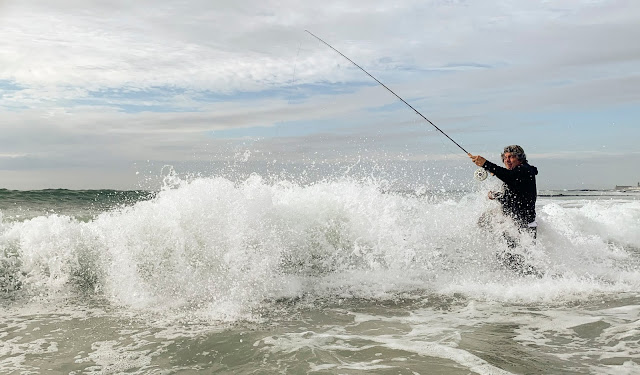 The beach was disappointing. It was cut up nicely a week or so ago after a sustained week of N/NE winds while I was in the Vineyard. Then the S and the littoral current just shoaled up everything so there's just not good structure or good water flow. Yes, there's a sweep that brings the water along the groins and then out, but put an angler or two out there and you're competing for the same water. By the end of our trip it was low water with the waves breaking on top of the bar. If the bass were there they would have concussions by the end of the day, no where to hide.

Toms said he wants to do this again.....mission accomplished. 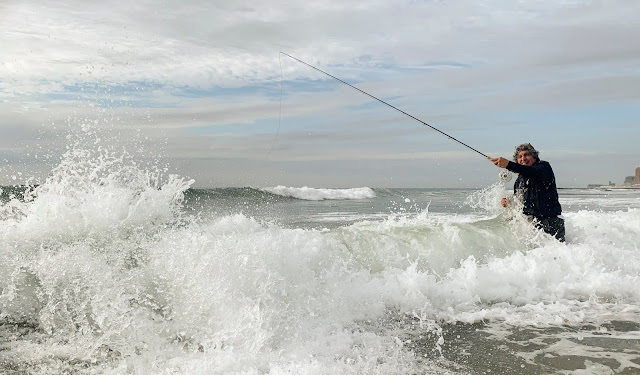 Posted by The Average Angler at 3:27 PM