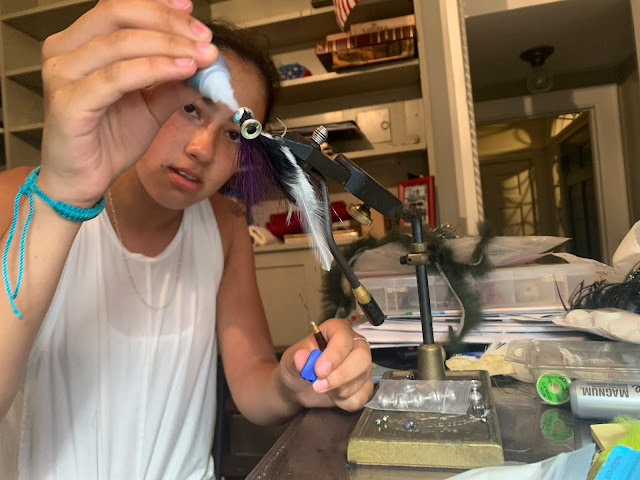 Don't knowehat's got intoErin lately but she's all about fly fishing....and now tying flies. So late last night I was sitting down trying to tie some flies before getting a few hours of sleep and getting up at 230 am to hit the beach. 23 should early, but with, yes I'm tired of writing about it and complaining, that drive, I get there at 4 am just as the light arrives, and so do the people. 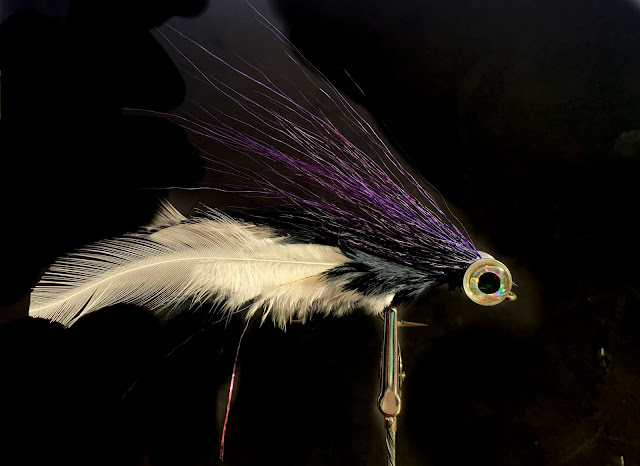 So as Erin started to tie it started to look like one of my least favorite patterns, the Leif Ericksen "Ugly Ass Fly", he had given me a bunch of the large dumbbell eyes so I had her tie it on. Before she went to bed she said, like only a daughter to a dad could, "Dad catch a fish on my fly". 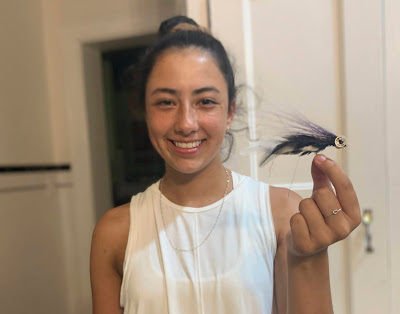 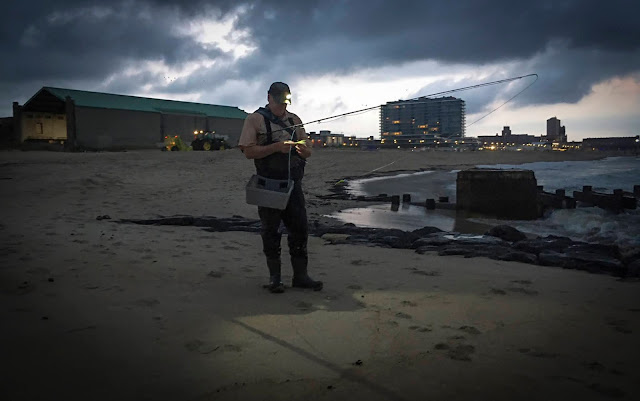 So I arrived before 4, got my set up all set up, which included a newly tried Double Barrel popper and her fly as the dropper. I tied it really good. My first cast went well, plopped on the water between the incoming waves, two stripes, went tight, and then unbuttoned....the know at the bend of the popper must have been bad. Nice job dad.....I suck. 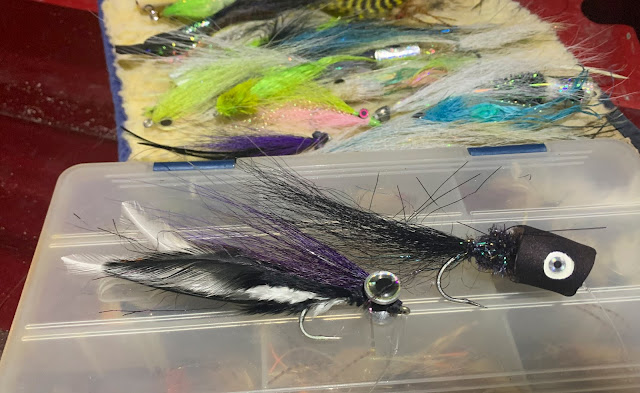 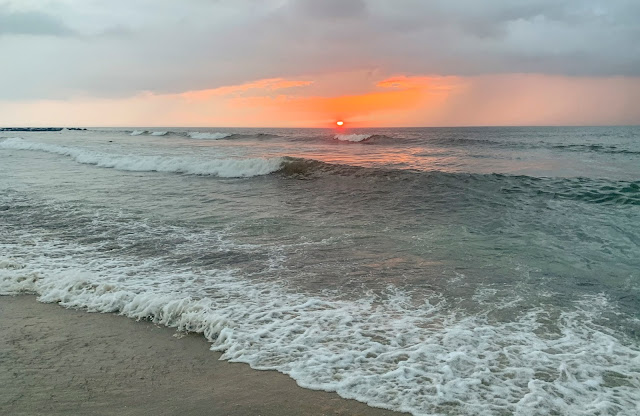 When I was down there I was fishing to a light ing storm that was moving right to left from NYC out. Water was coming in, a balmy 85 degrees, or so it felt, and throngs of people walking the beach. It was a morning where you really had to watch your six, or you'd put a Clouser between someones eyes or warped around the family pooch. 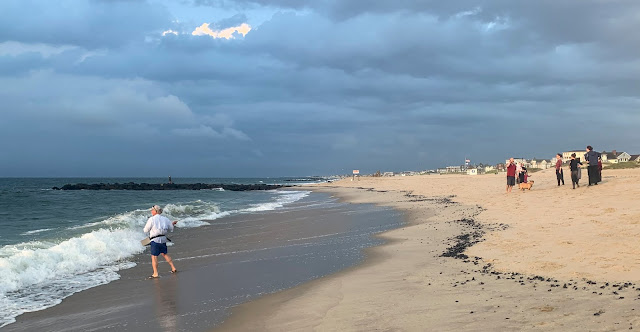 The guy below was my favorite. He was like the gatekeeper to the pocket. No reason to camp there, obviously doesn't know about a backcast, he just sat there and stared into the water. He has every right to be there at 623 am when I took the photo. he was camped there, and his family was keeping Leif on his toes down the beach. Between me losing Erin's fly, the water being hot, the beach loaded with people.....it just sucked. Done for now in the salt for a long while. 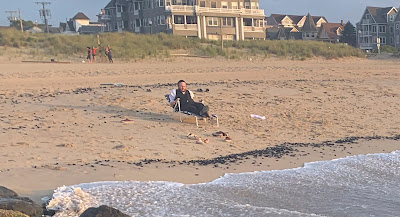 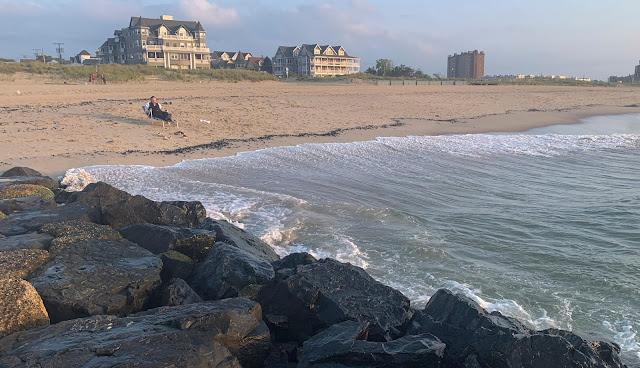 Posted by The Average Angler at 4:49 PM