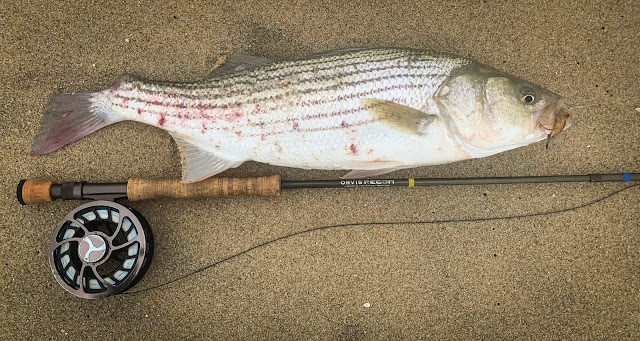 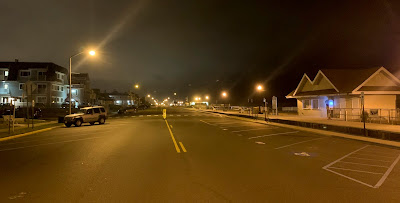 If I had a gun I might have just shot it. Half a tail, covered with something, didnt smell the best, but ate a crab fly. I changed it up a bit stopping south around 4 am and giving it a go. Hard fishing water you haven't been dialed into in the dark. I made a few stops before settling in and waiting for the light and water to arrive. 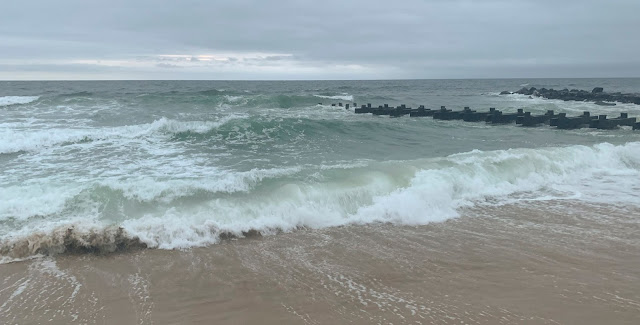 Had some action, jumps at the popper, landed one on a crab, but had some interesting things happen with my hopper/dropper setup. Had two good fish swim away after a good fight. First I thought was a bad dropper knot, but then it happened again. And it happened last week. After talking with Leif we came up with that the 20 pound flouro is cutting cut by he pinched down barb on the lead fly, which is usually a popper or bigger weighted fly. Might go to 25 or 30 lb. 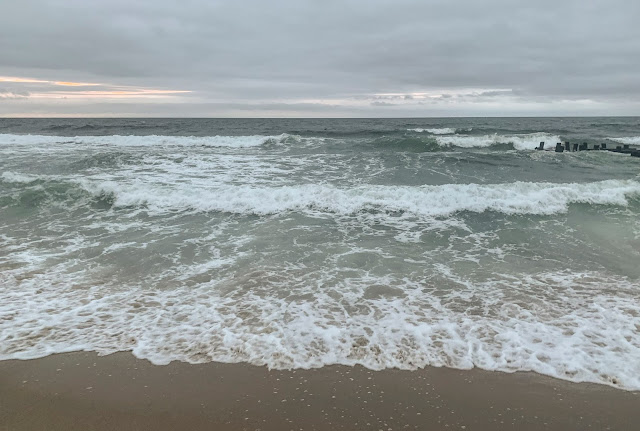 Went north to pick up Erin in Red Bank and stopped "home" and fished a bit. Incoming water is much diffeent than south incoming water, why? Because of the change in structure...mostly due to the pumped up sand that made its way out and then gets shoaled up or just a plan gently sloping scarp that leads to the ocean without a trough, or even a true outer bar with a rip somewhere in the middle. Waves come in and up and exit the same way, if it wasn't for the littoral current the fish would only swim east to west.  Leif got one on an UAF. 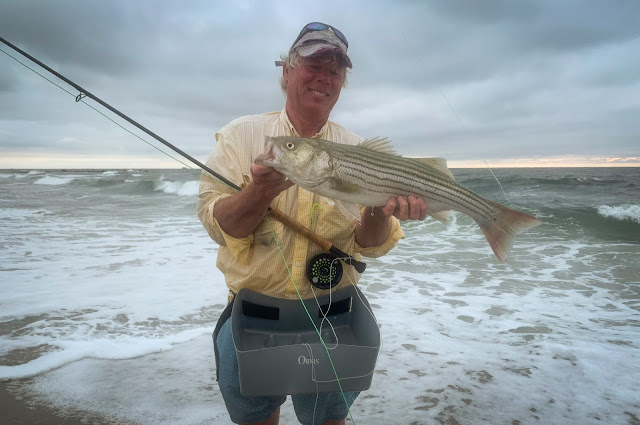 It seemed like the school bass have settled in for summer, although there are nice sized fish mixed in. Joe got this nice 30 incher on Friday on a crab fly. You just never know whats swimming in front of you. I prefer to tick its the Orvis Recon 10 wt, which is a slower rod and fished like an 8 or 9 and I find going down to a 6 wt might make it hard to land a good fish in bigger water or one thats buried in the trough. Okay when there's a run of smaller fish but summer can always surprise you. 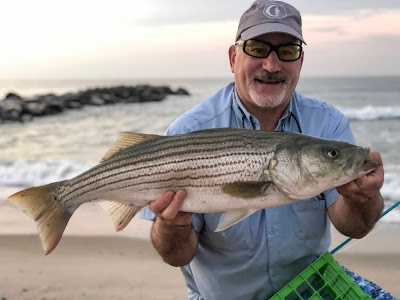