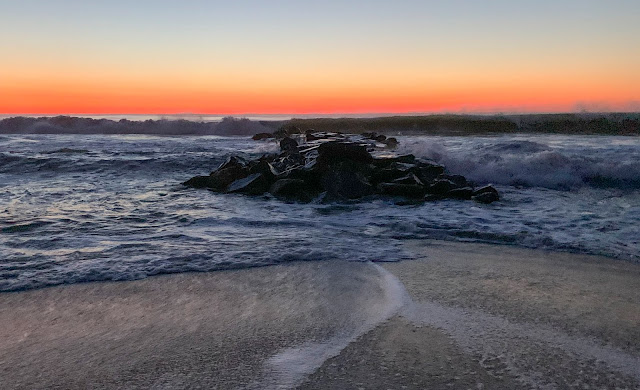 When I arrived at 430am it was just the top of the tide. I was excited to be fishing....until I opened the truck door. The deafening sound of the surf quickly lessened my excitement. Now, I love big water, but I knew it would be unfishable for hours due to the tide, the swell, all coupled with the beaches that are now garbage due to beach replenishment.

Waves breaking on the outer bar but having enough umpf to travel and break up the beach scarp, and then water continue way up past where any anger would stand. A few hours into the ebb it became fishable if you picked your spots. 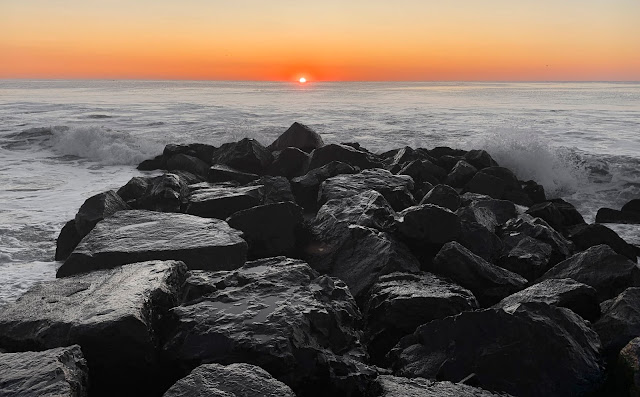 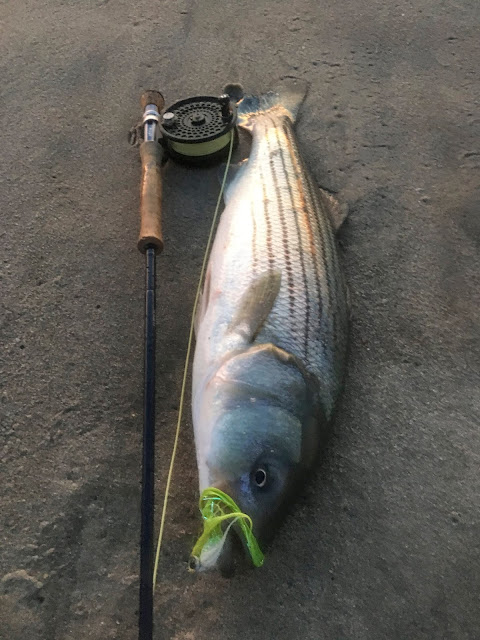 Last night I texted Leif and predicted a keeper this morning. Problem is I didn't specify whose fly it would hit. Of course between the two of us there ws one bass caught, keeper, on his "Ugly Ass Fly". Look at that thing...doesn't deserve a bass, maybe a bluefish, but not a keeper bass. And to add insult to injury this specimen of the tie is old and beat-up and sparse.....but boy do they catch fish. 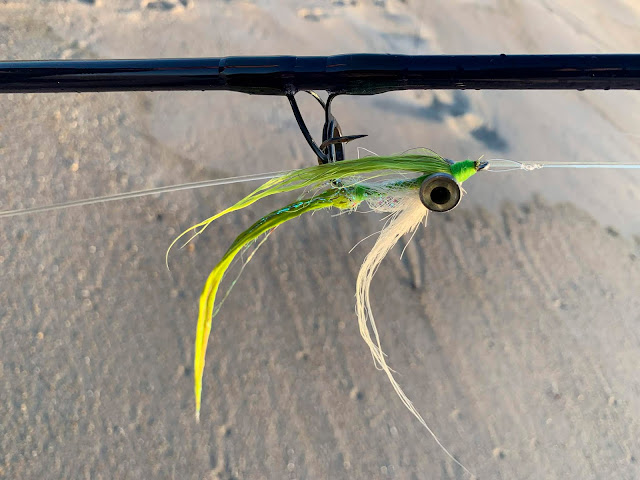 I started with the popper/dropper in black and probably fished it too long only getting a small bluefish that practically swam up on the sand to take it. After that it was a try with a biggerdecieve and Snake Fly both of which went untouched. Next time I make a prediction I'll have to add that it would take my fly, not his Ugly Ass one. 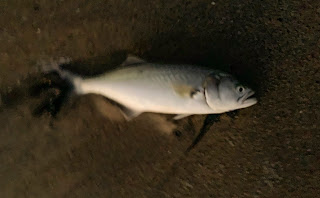 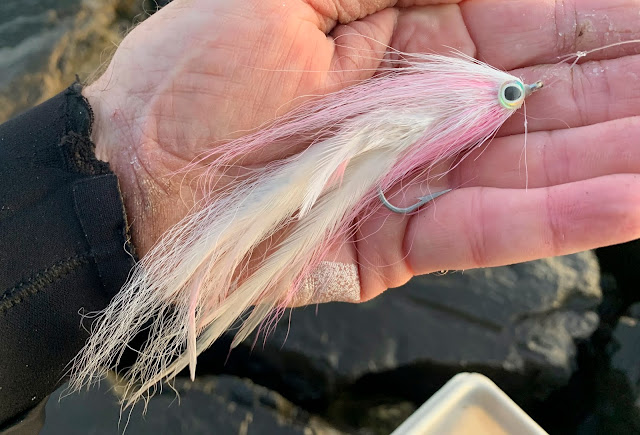 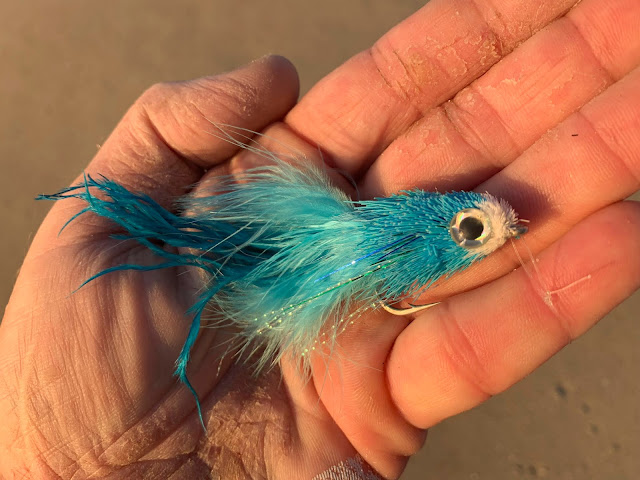 Posted by The Average Angler at 1:37 PM