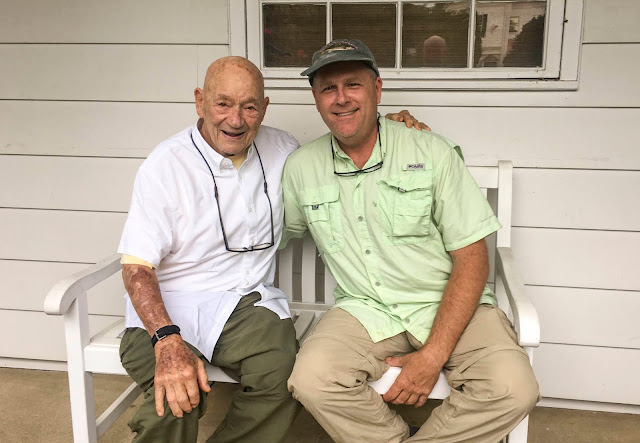 Let me just say it if you didn't know it....I love this guy. I'll get to the fishing later. So after some early morning fishing I was heading south to see if any albies were eating at the inlet. As usual, I pass by Al's house to see, by chance, if he's outside. Over this spring and summer I caught him one time as he pedaled his three-wheeled trike down to the Allenhurst boards to check out the beach. Today as I passed I saw his garage door was open but there was no sign of him. I sent a quick text but didn't get a reply and started to pull away.....but....something told me to just go and knock. And I am glad I did. 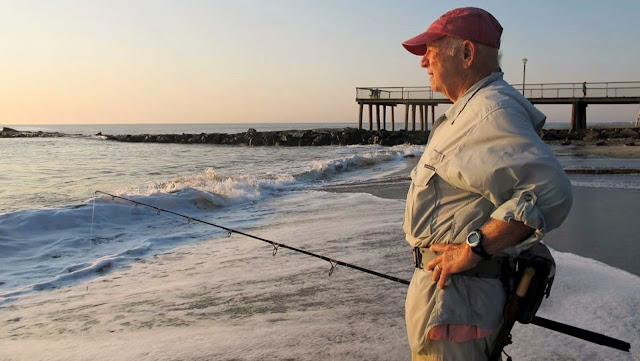 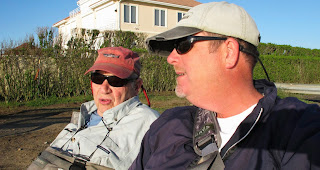 I spent many hours with Al on the beach over the years. We also just sat and looked over the beach just talking. I looked forward to seeing him just about each morning I would fish. As he approached 90 and now a few years away from 100 his outings slowed until he finally hung up his rods for the last time a few years back. He was a plethora of knowledge and good stories. I have since moved to a town on the Delaware River and he is now moving south to Charlotte, N.C. where the seasons are less severe and to be closer to family. If I didn't stop in today I don't know if I would have seen him ever again. 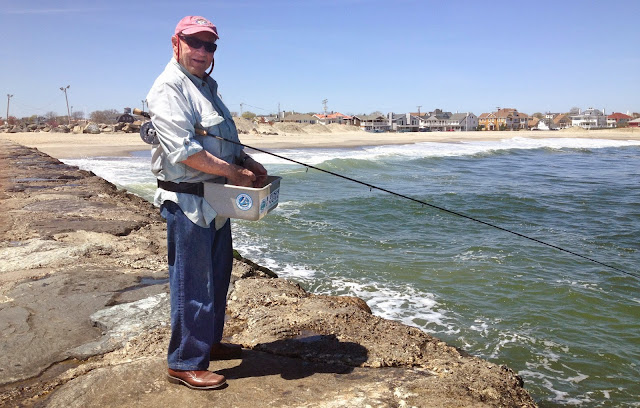 Some of my favorite stories were when he first started to fish the salt waters. It took him years to catch his first striper, which he did on August 8, 1952, just 67 years ago! I am lucky to have a photo of him with that first fish. His smile tells a story, looking a proud kid holding up his catch for his dad. 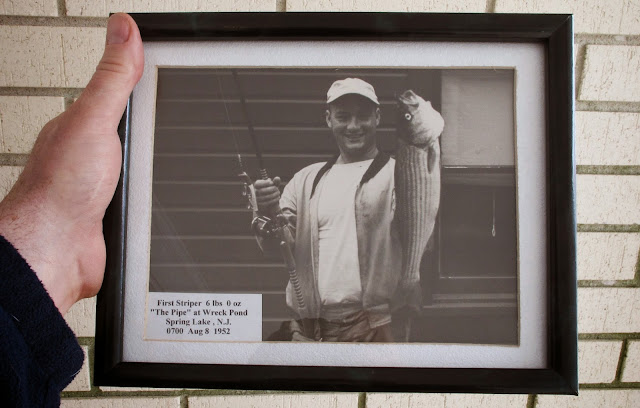 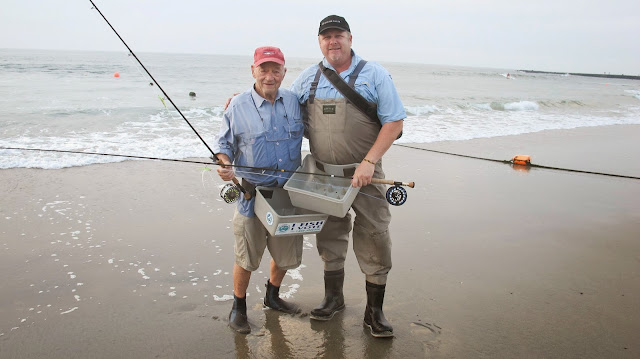 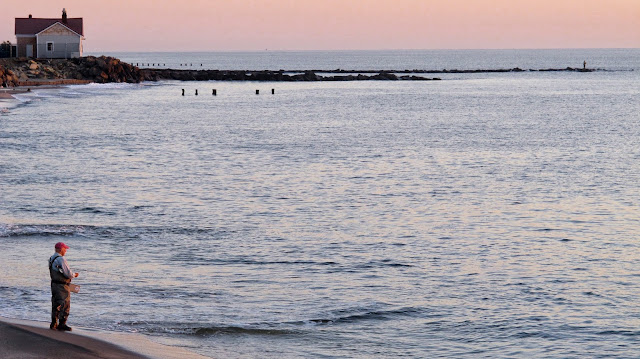 Before I left him I asked him if I could have something to remember him by. The first thing I thought of was his favorite go-to lure that, when not fly fishing, he would throw and swim it and often connect with a patrolling bass. That lure was a Striper Strike. One day I will mount it in a shadow box and hang it proudly with a picture of one of my favorite all-time fishing buddies. 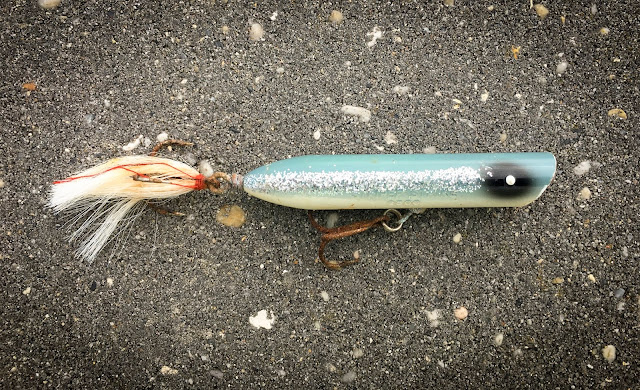 Before the reunion, I was at the beach at dead low around 430am. I fished a popper/Snake Fly dropper up and down several beaches until about 6 when the fish showed up as the water filled in the beach. The first was in the dark, the next two was as light arrived. It was good to feel that striper pull and fun hooking them from the rocks in the bigger waves and water. 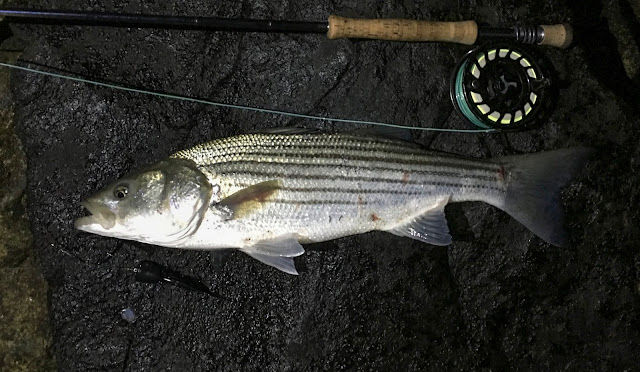 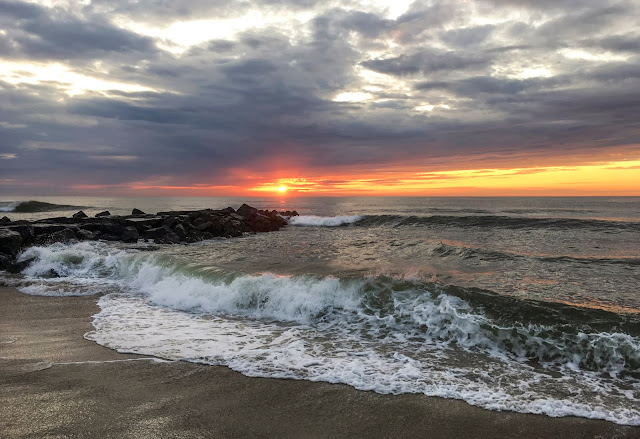 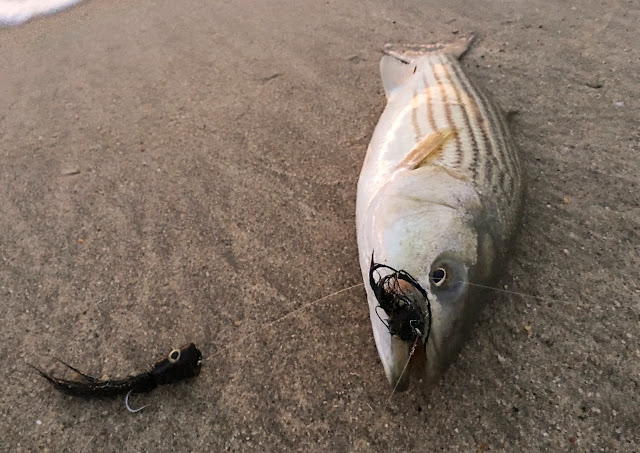 All three hit the Snake Fly, but I think the popper helped get their attention. I am truly a fan of a two-fly set-up, even when fishing a crab fly. It just increases the chances of a hook-up. 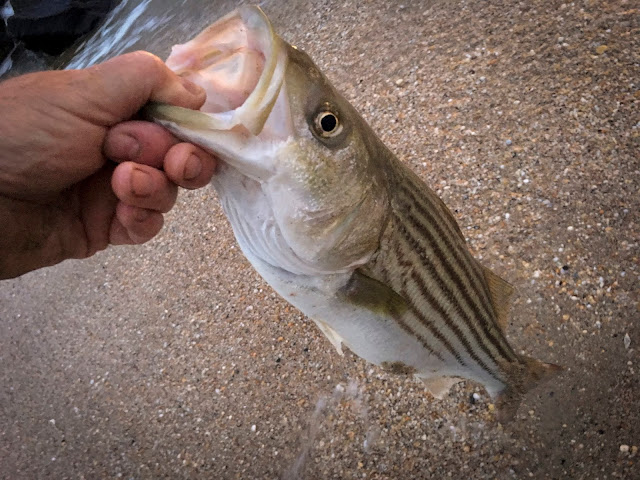 Before heading west I stopped by the Shark River Inlet just as the tide started to ebb. I was looking to see if the albies were outside or inside the inlet. There was a few guys fishing and the only thing I saw was a Spanish mackerel caught way off the front of the jetty. It was a great morning and I was glad that I made the trip, not only because of the fish, but seeing Al again was great. 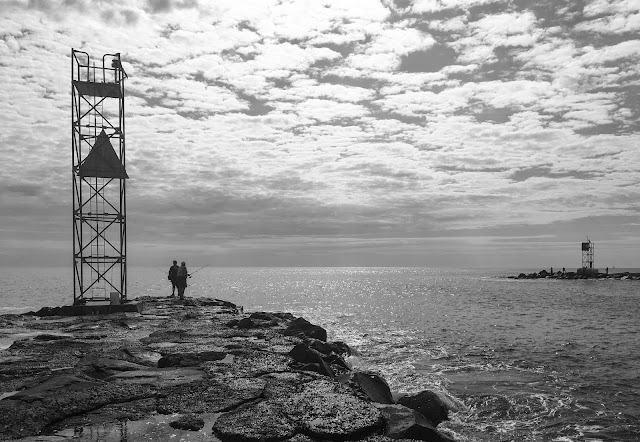 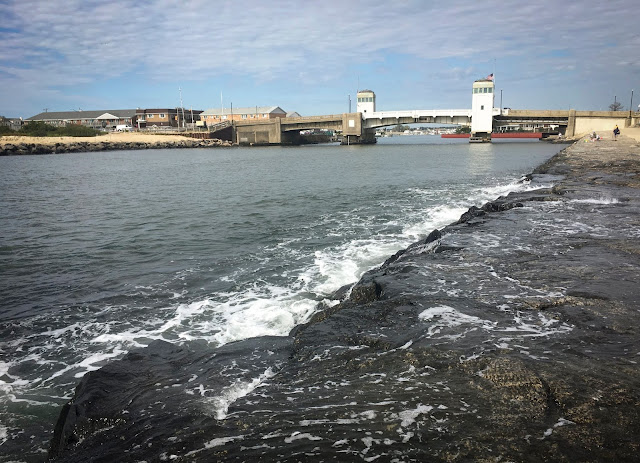 Posted by The Average Angler at 10:32 PM