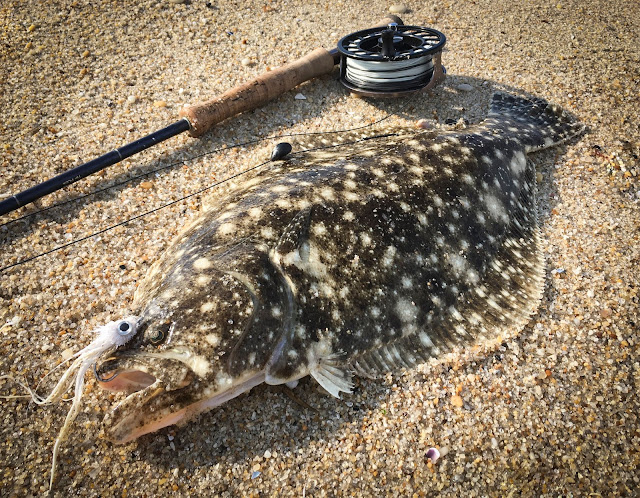 Funny, with the mullet on the move I was thinking bass. Each time I made the trek this summer I packed a cooler full of freezer packs waiting to take a keeper fluke home for dinner. This morning I didn't take my fluke-home-for-dinner set up with me. And don't you know. 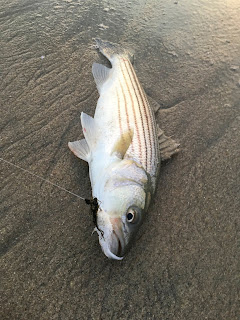 Started out in the dark with a popper-dropper set-up that had only one bass jump it before light arrived. Leif and I covered over a mile of beach with only Leif getting one small bass on a Snake Fly. No mullet, no bait, slow morning. We had thought of maybe taking the boat out for a scout trip but after  disappointing morning we decided not to go. Thought maybe of hitting Breezy to see if early fat  alberts were showing on the outgoing. 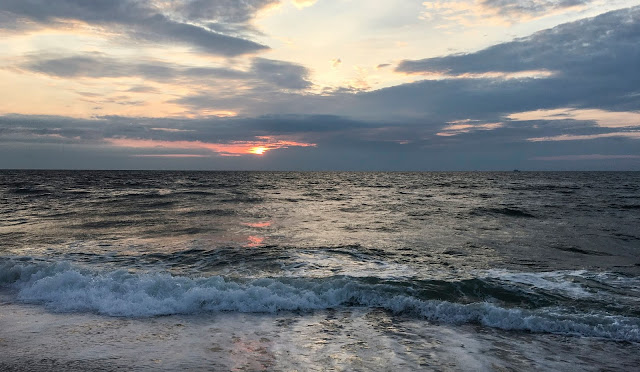 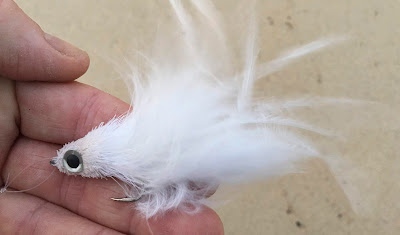 I went with the Snake Fly in several colors but couldn't buy a bite. Needing to spend the morning in Monmouth County I stuck around and took a ride to Sandy Hook, hoping to find more bait, and a bass. I settled in Lot C and found some mullet in the bowl at dead low tide. The water was clear and protected from the sustained E winds. After a cast I watched as a big keeper sized fluke followed it in 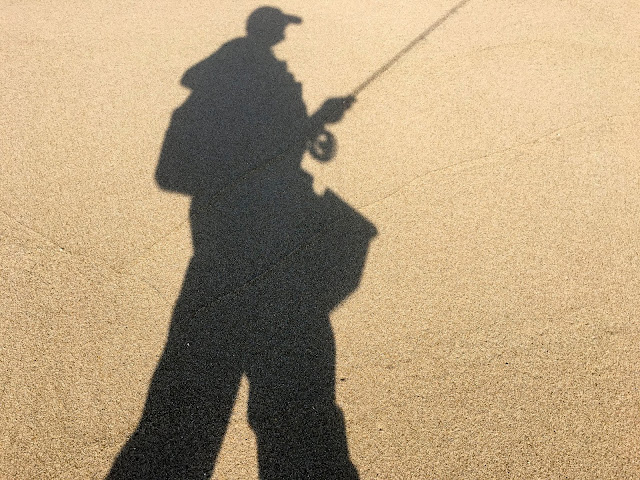 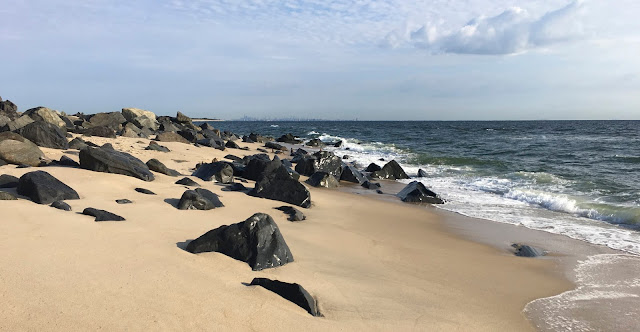 looking like it was swimming on a carpet. I switched to a crab fly and it didn't follow so I tied back on the white Snake Fly it originally followed. Sure enough it followed it again and bit. and then made a strong run. After getting it in, and realizing I had no cooler and knowing I wouldn't be home till late afternoon, I knew I would have to get ice and a cooler.....and it was more work than it was worth. So I let it swim again. It was thick and heavy and would have made for a good meal. Hoping the mullet continue to make their way down the beach and the bass, whatever is around, find them soon. 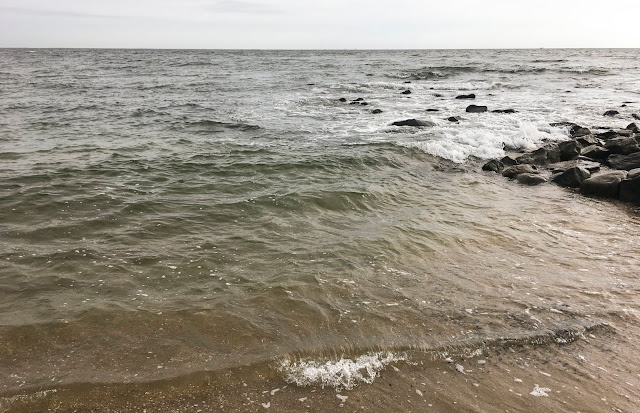