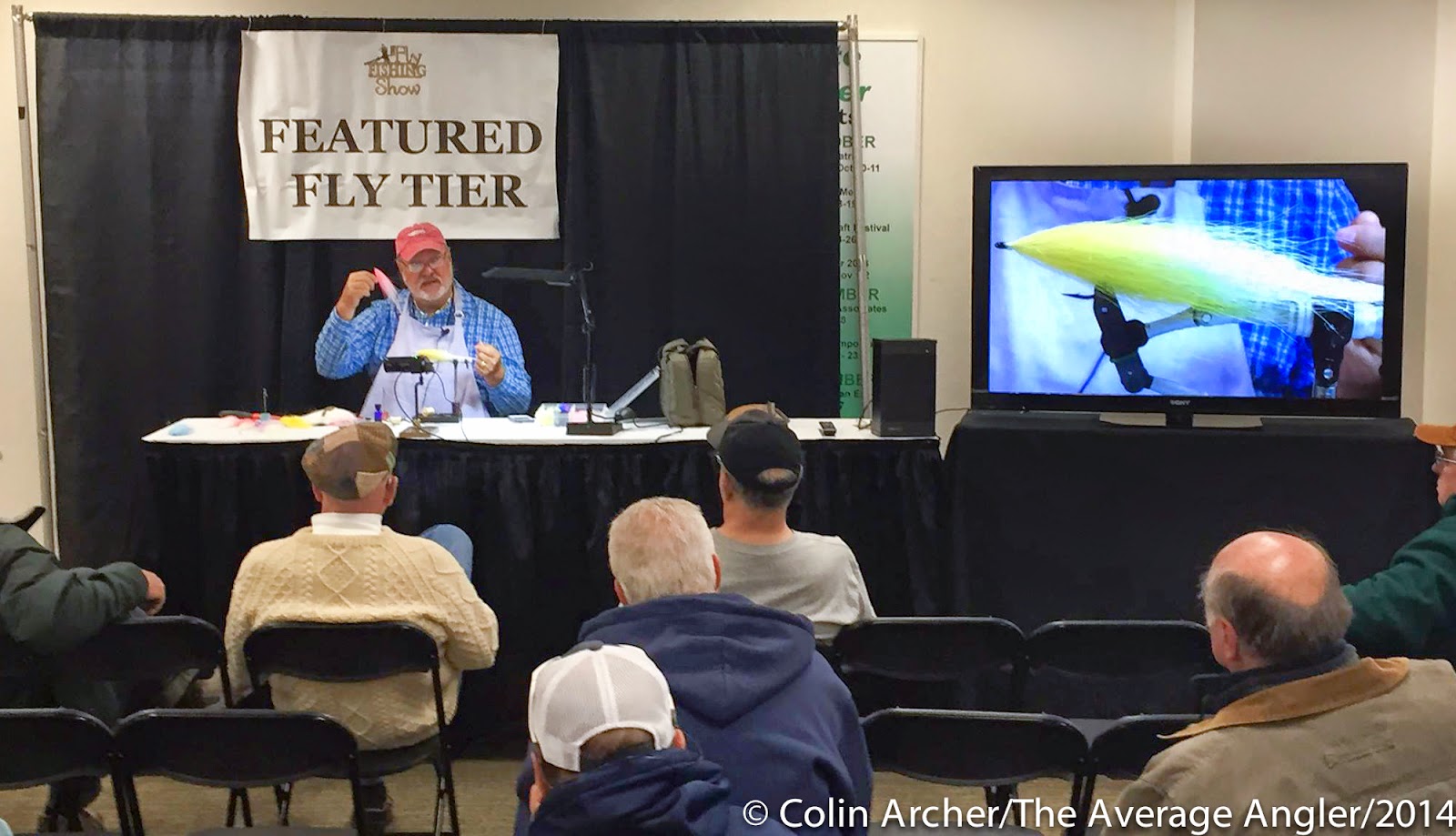 Spent the weekend at the IFTS at Somerset. It was a nice but quiet weekend with the busiest time happening after the show opening on Saturday morning. Had the pleasure of sharing a table with John Collins so we had a mix of fresh and saltwater anglers stopping by over the two days. 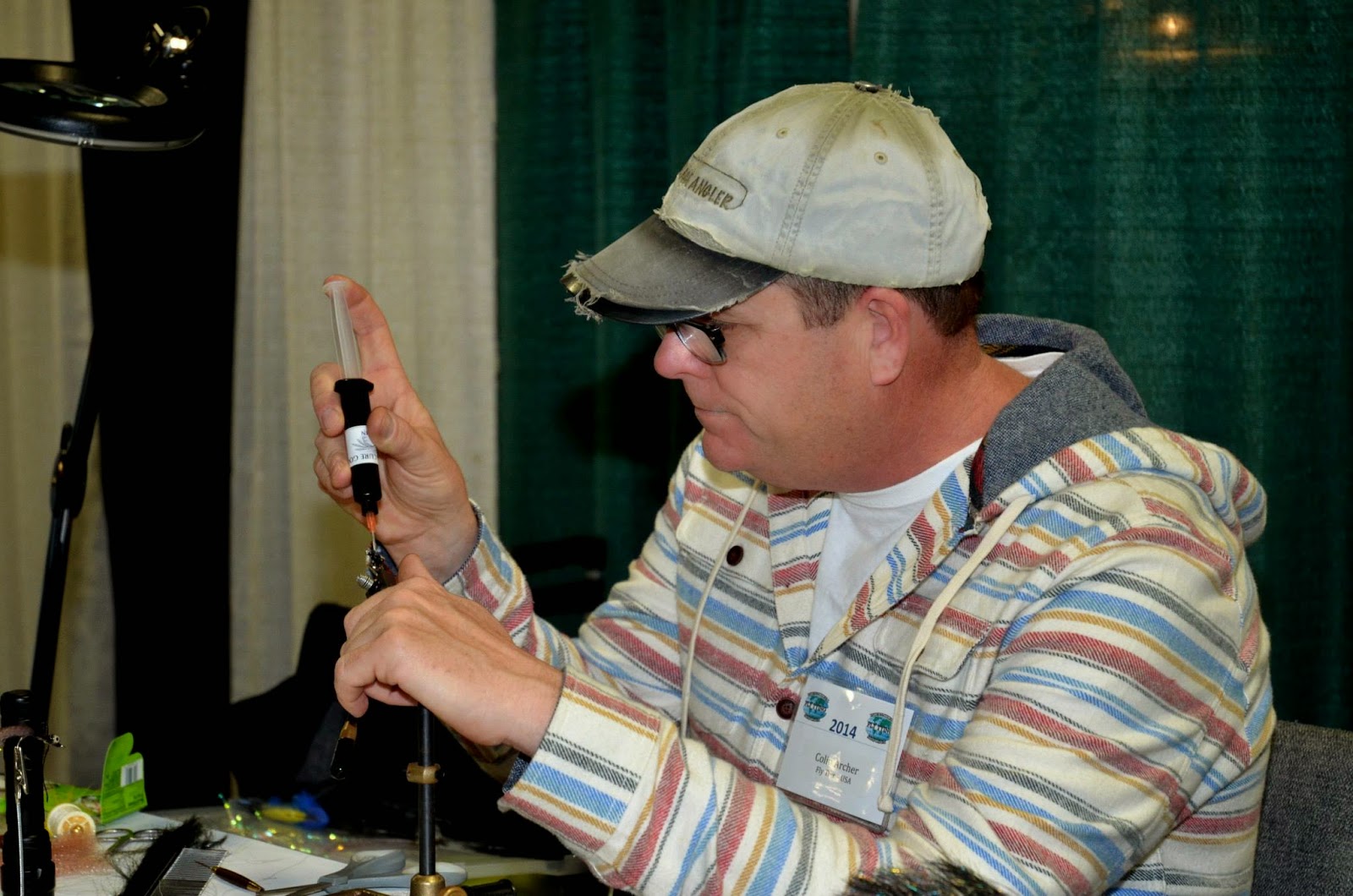 I was able to walk the floor several times and I couldn't find the buzz this year. Last year it seemed Blane Chocklett's "Game Changer"- an articulated streamer fly- wowed the crowd but this year nothing jumped out at me. For me it was the usual "wows" - Bob Popovic's tying up his "Beast", Pat Cohen and his spun deer hair flies, and local tyers Steve Farrar, Brad Buzzi, Gerry Fabiano and Scott Stryker demonstrating their talents. I spent the weekend tying up my version of Lou Tabory's Snake Fly and Gerry Fabiano's sand eel fly. If and when the sand eels show up I will hopefully have an imitation that the bass will eat. Like everyone else my fingers are crossed. 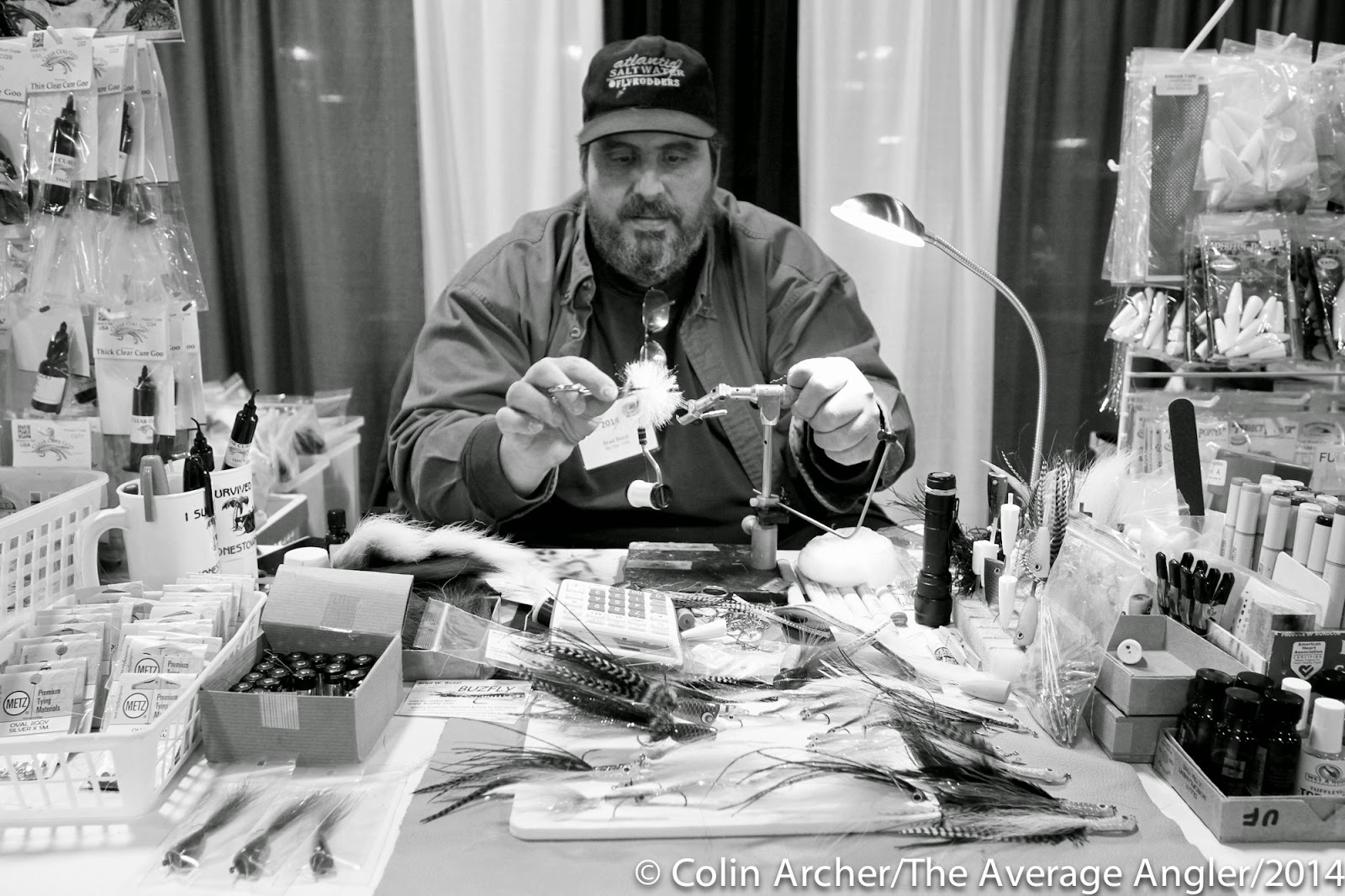 Of course, for me, Jim Matson of BrineFly and Pulse Disc fame took the cake. First he demonstrated his version of a rattle fly including an underwater audio microphone that let you hear what the fish hear as the fly is moved through the water. That was cool. Then he introduced his "tube" fly, which I watched him tie effortlessly. The pictures below are of his sand eel pattern pulled through a tube using a simple mix of a bunny strip and some flash. These guys never seem to amaze me by always coming out with new ideas and innovations. 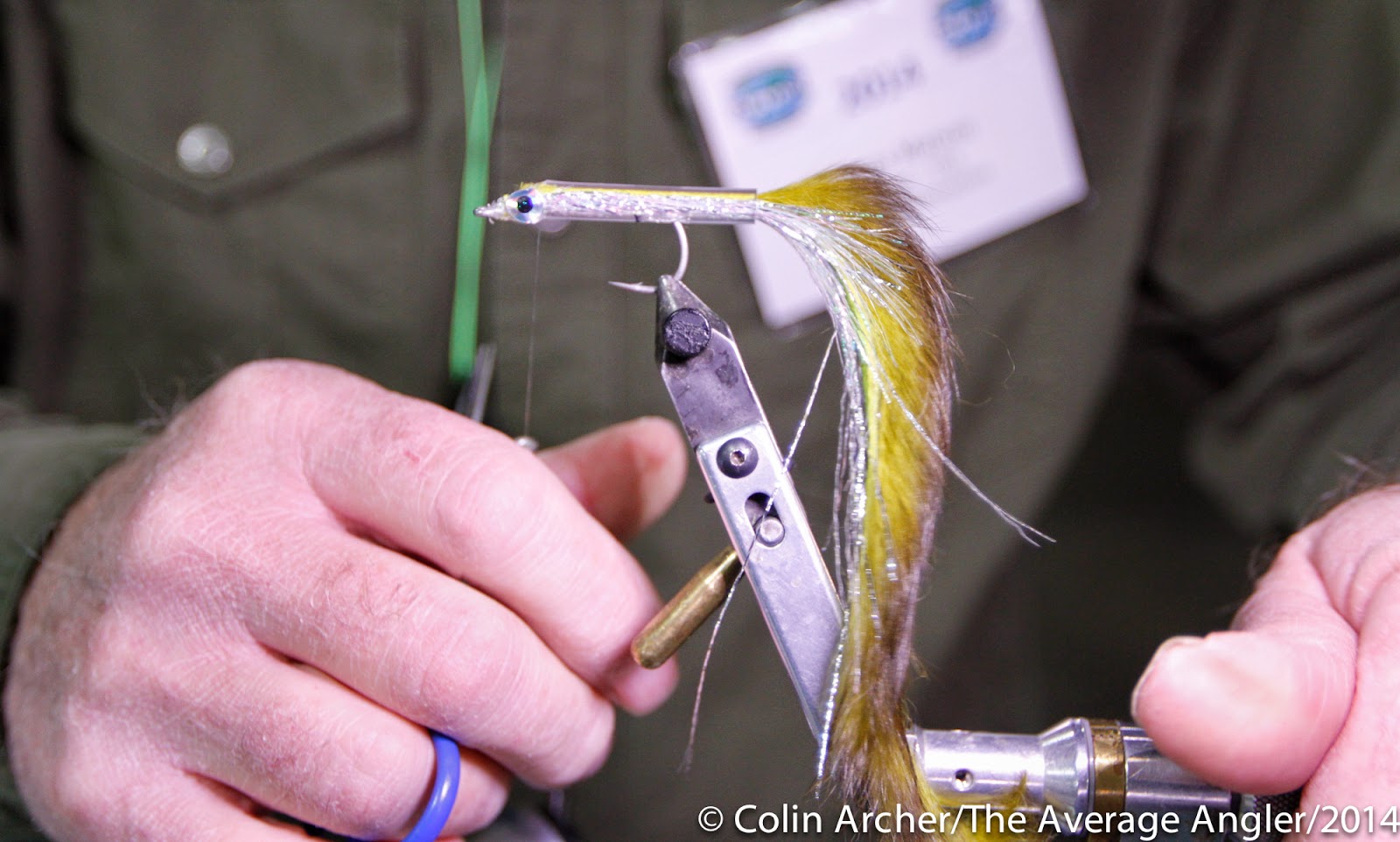 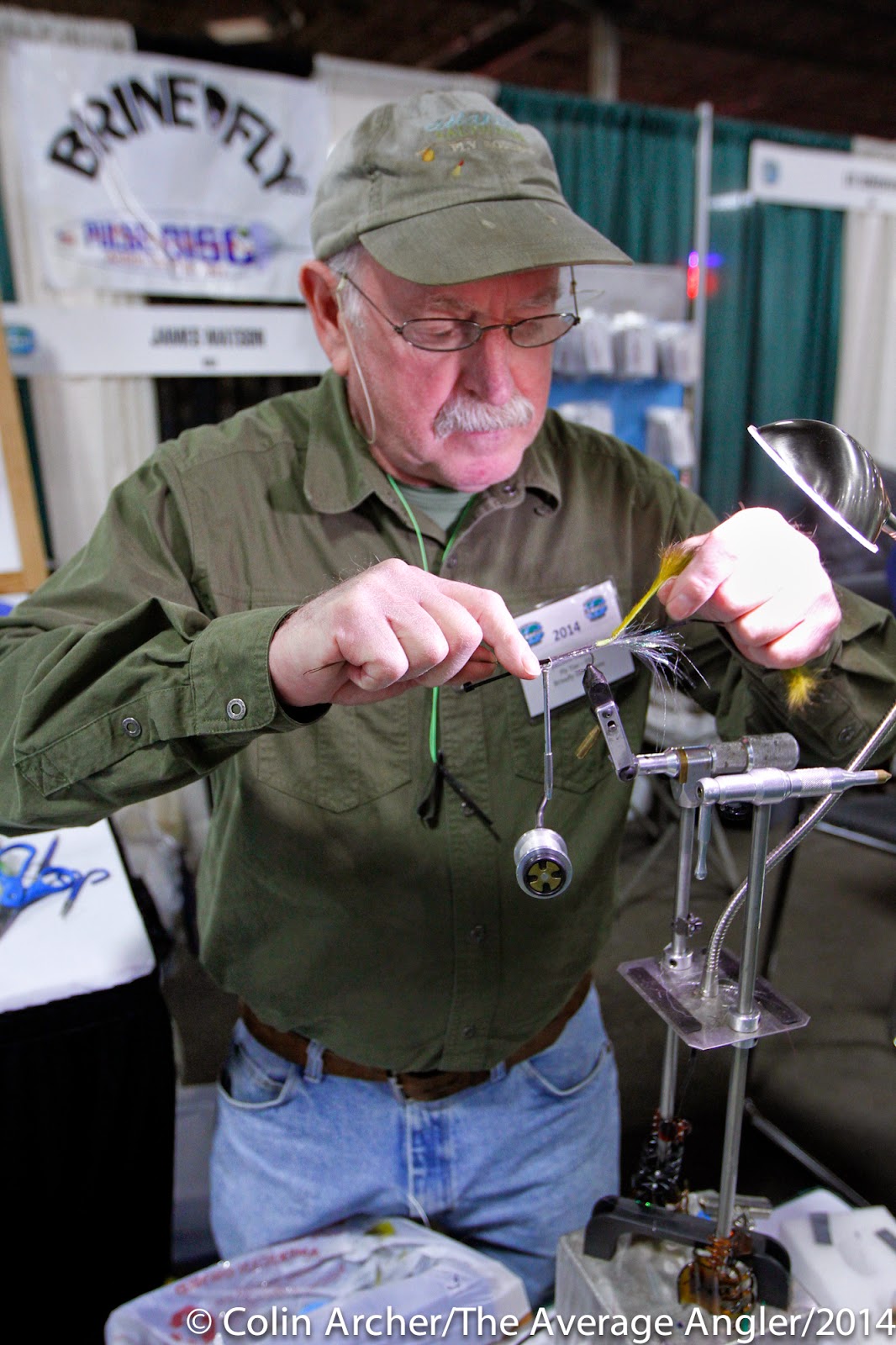 This show is the first which for some kicks off a long show season. In a few months we will be back here at Somerset for the Fly Fishing Show. I will have a booth and be presenting a series of lectures throughout the weekend. Hopefully between now and then we will have plenty of good fishing to enjoy.