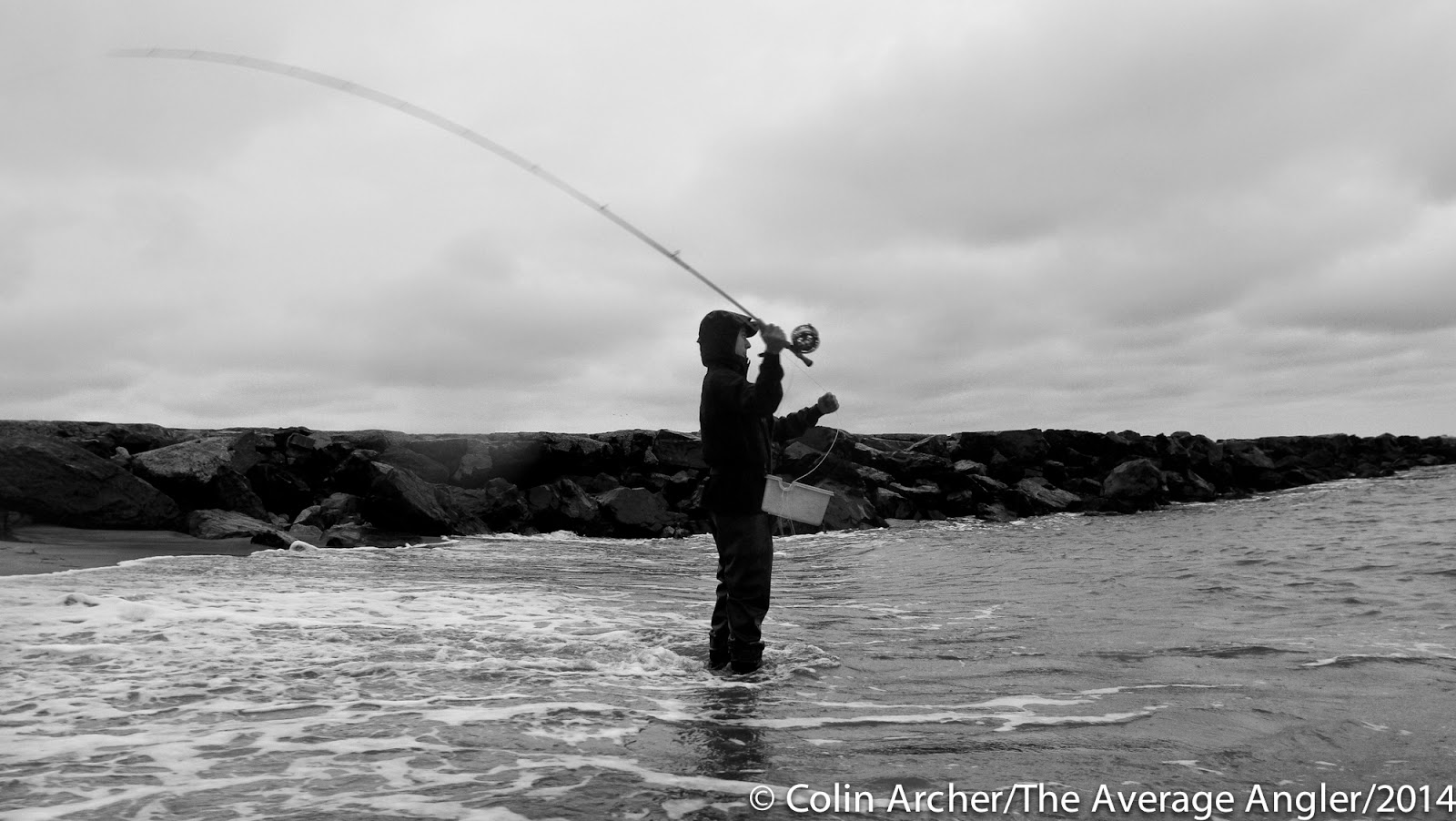 For those of you that remember the stories from this blog I'm sure you'll remember when I met Zachary last year. Zach and his Dad were out fishing in Asbury Park almost a year to the day and under similar conditions. I watched as Zach caught and released a monster fish, much to the chagrin of the "harvesters" that were on the groin that morning. You can read the whole story HERE. 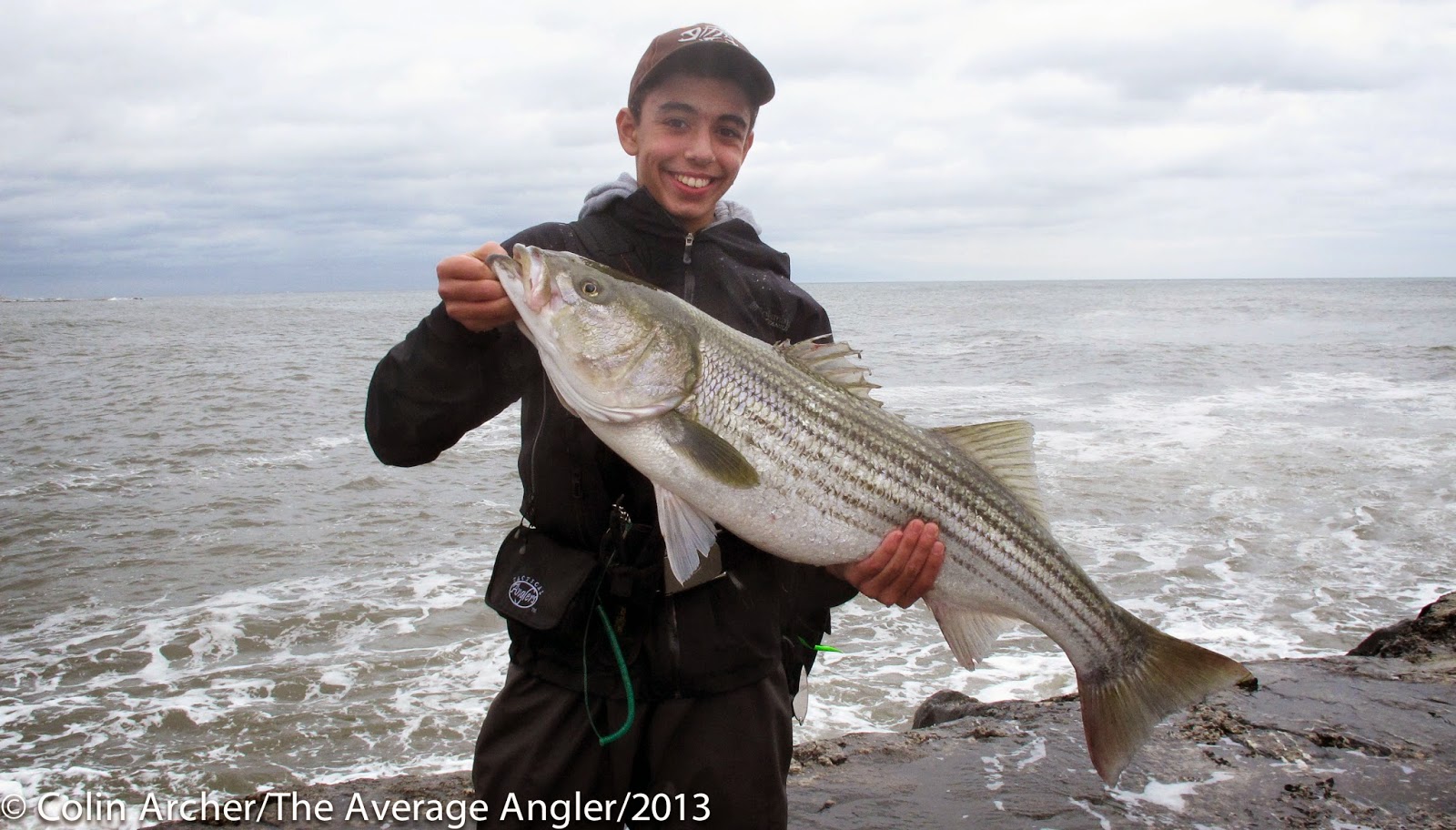 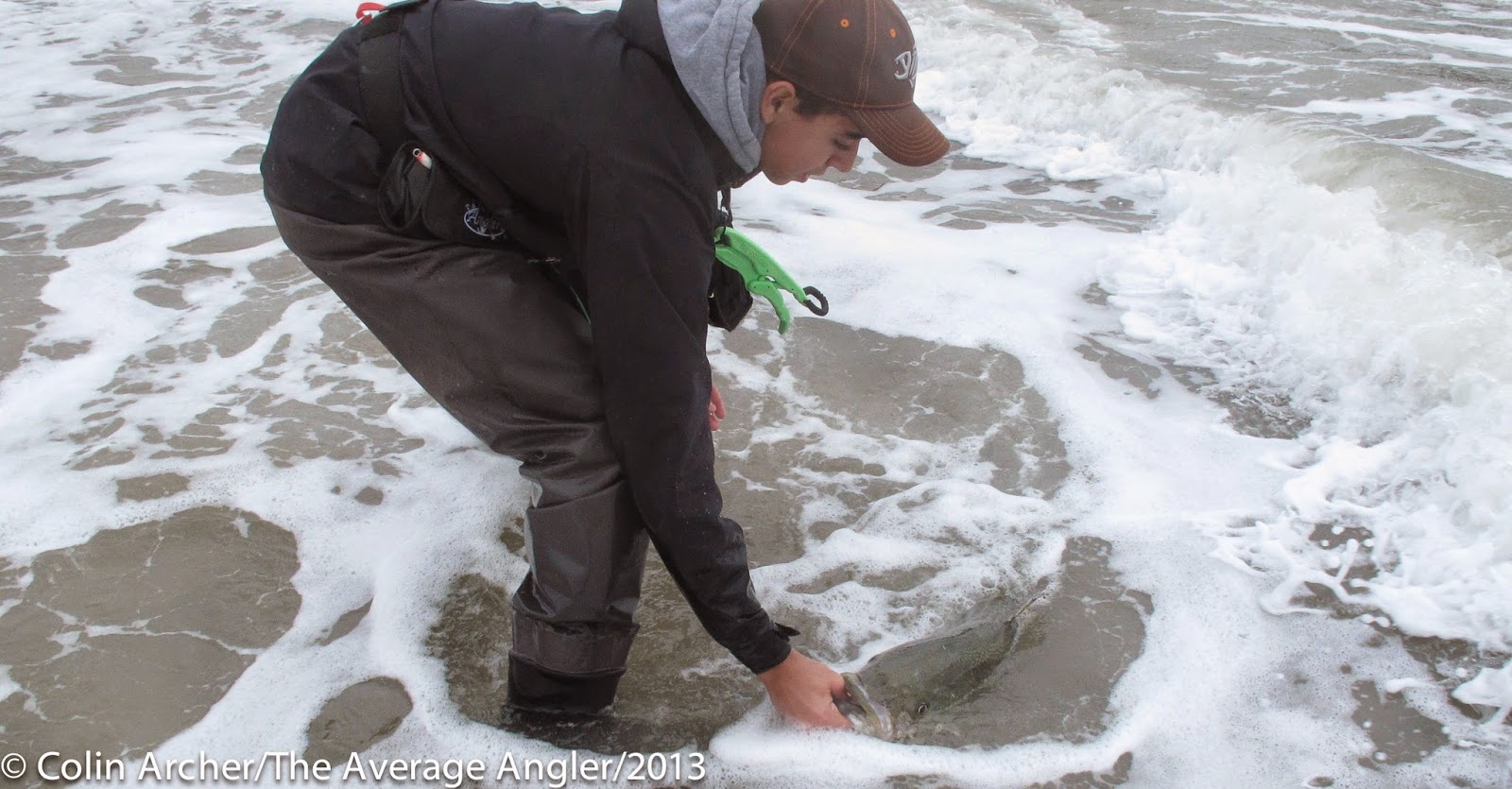 I told Zach and his Dad that if he ever wanted to take up fly fishing then the first lesson was one me since I was so impressed that he released that big bass. Well today I had 15 year old Zach out in crummy conditions for his introduction to fly fishing. We went through the basics and jumped into the surf and then on the rocks throwing small and big flies with intermediate and sinking line set ups. It's really fun watching new fly rodders start and be engaged and ask questions along the way.
Zach has started tying already and we are already making plans for additional outings. Hopefully we'll see some consistent bass fishing and not this bass-on-bunker, or other baits, blitz fishing that we've been seeing along the Jersey Shore. 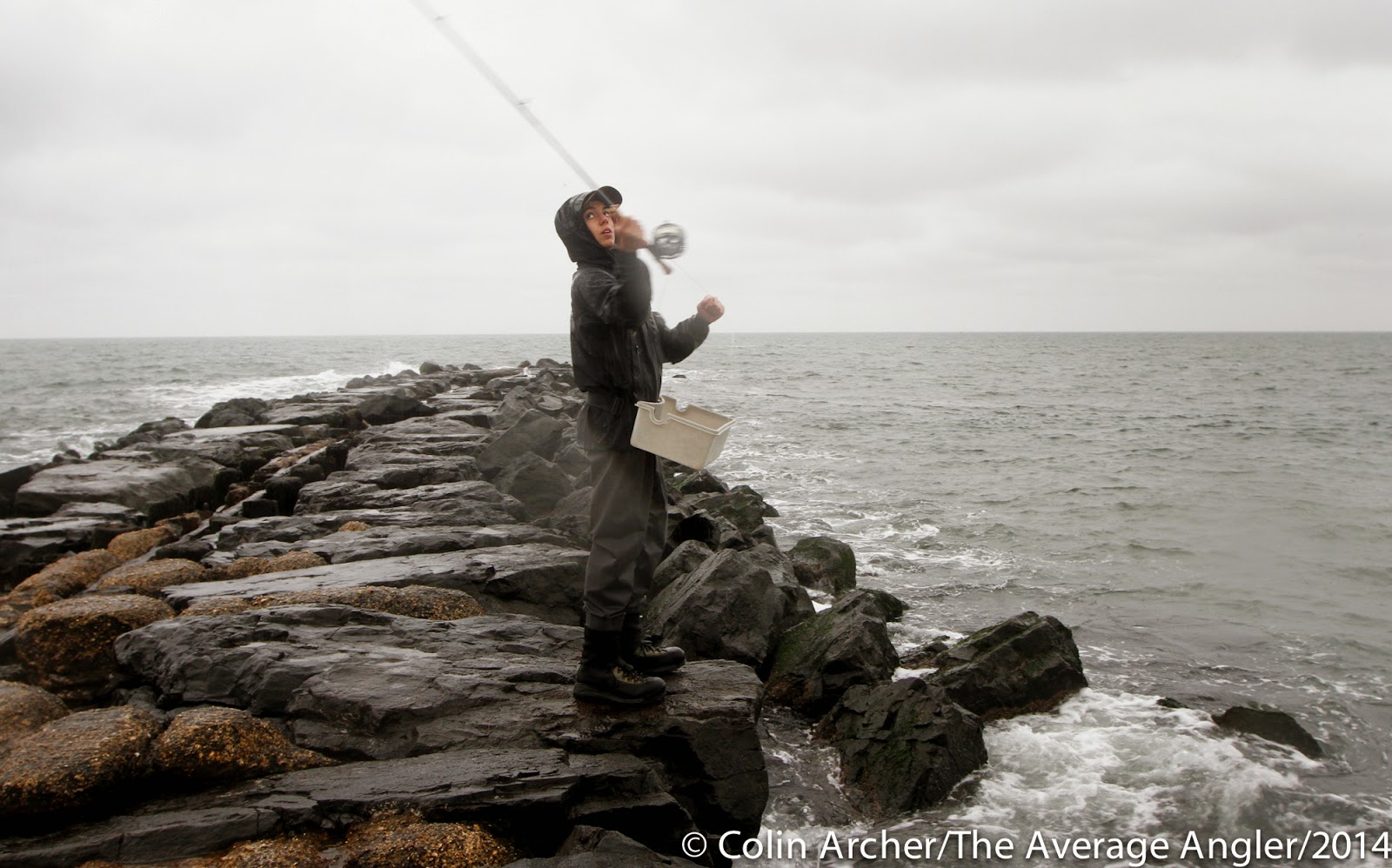 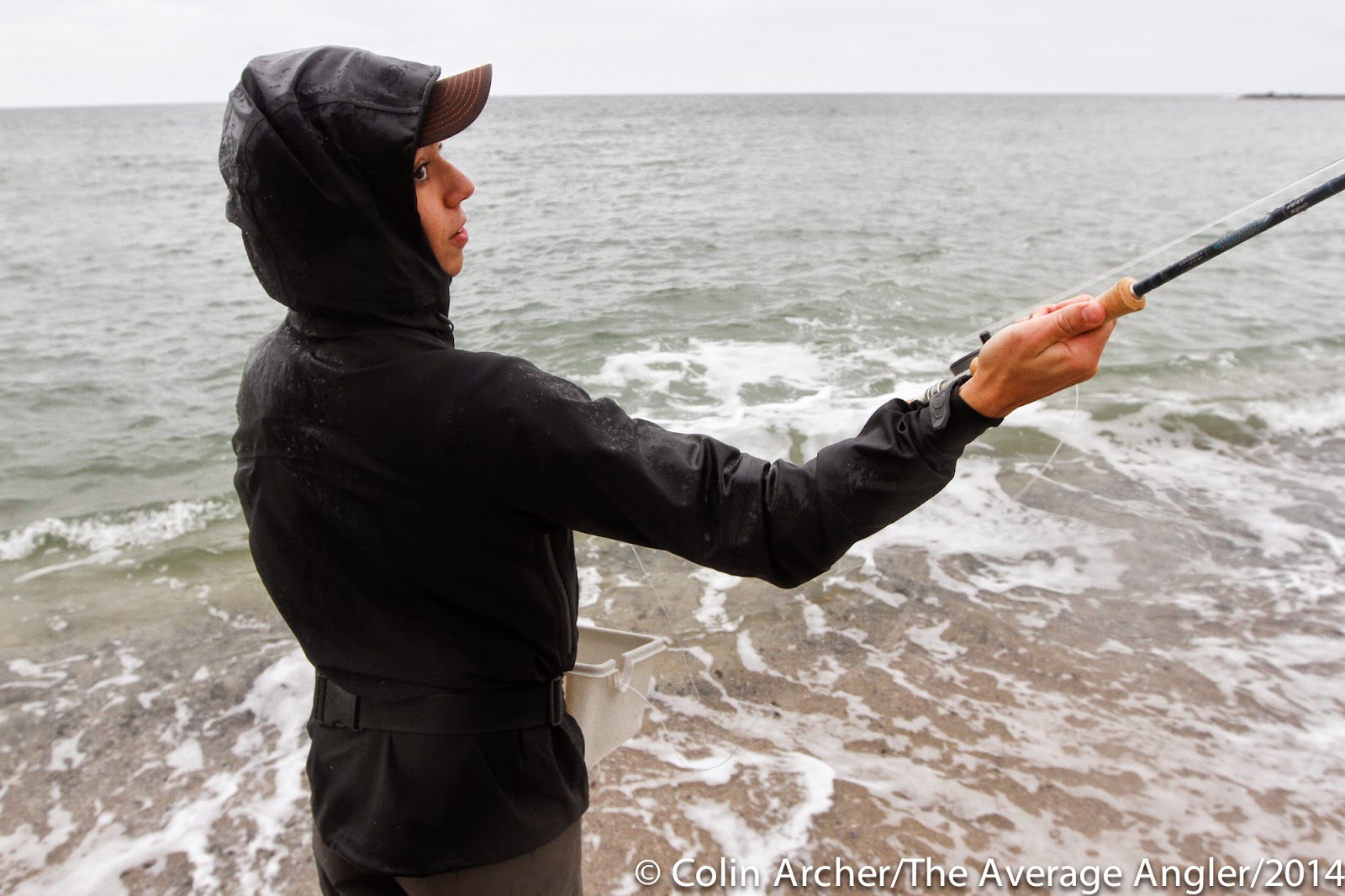 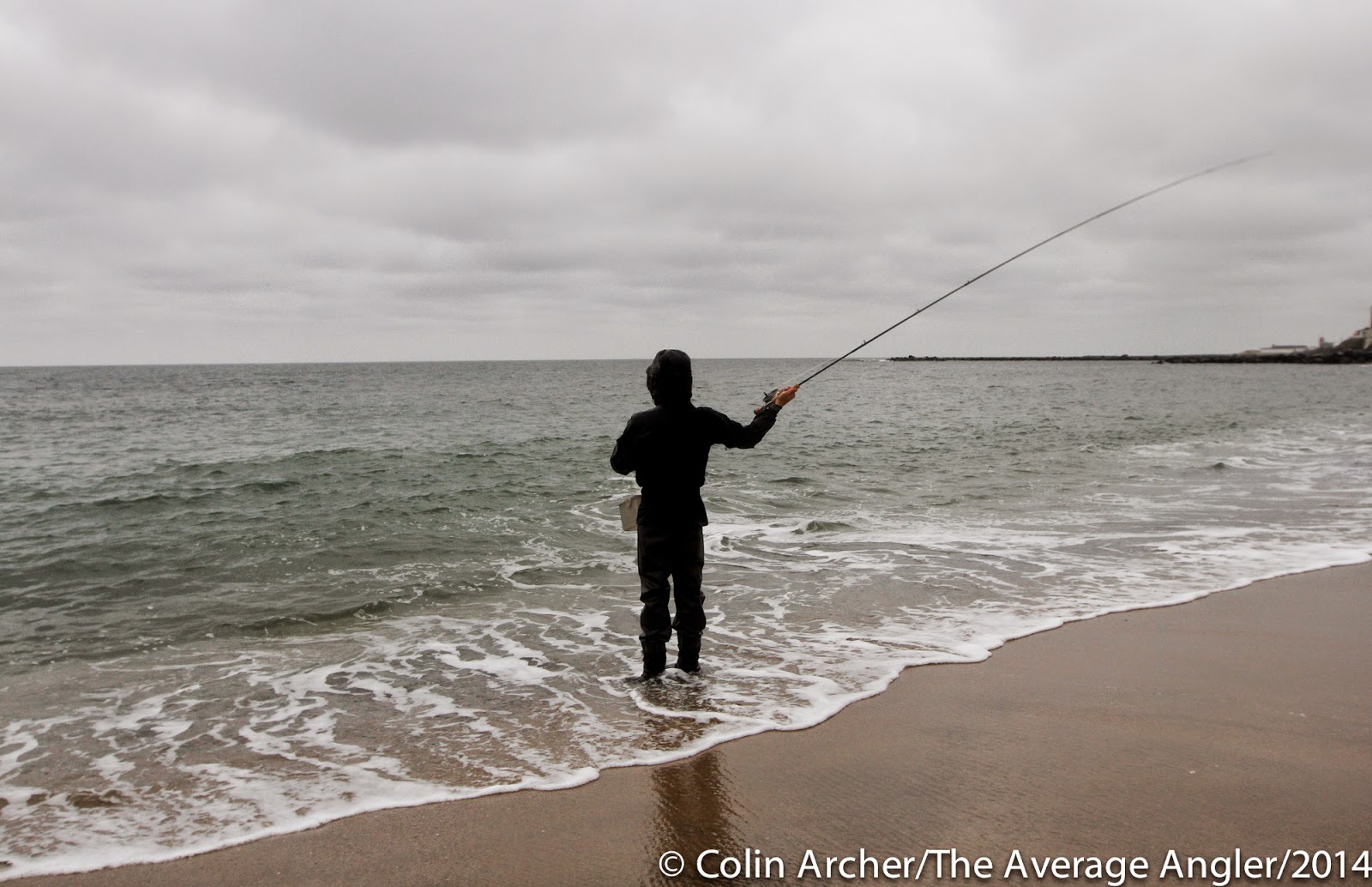 Posted by The Average Angler at 10:19 AM