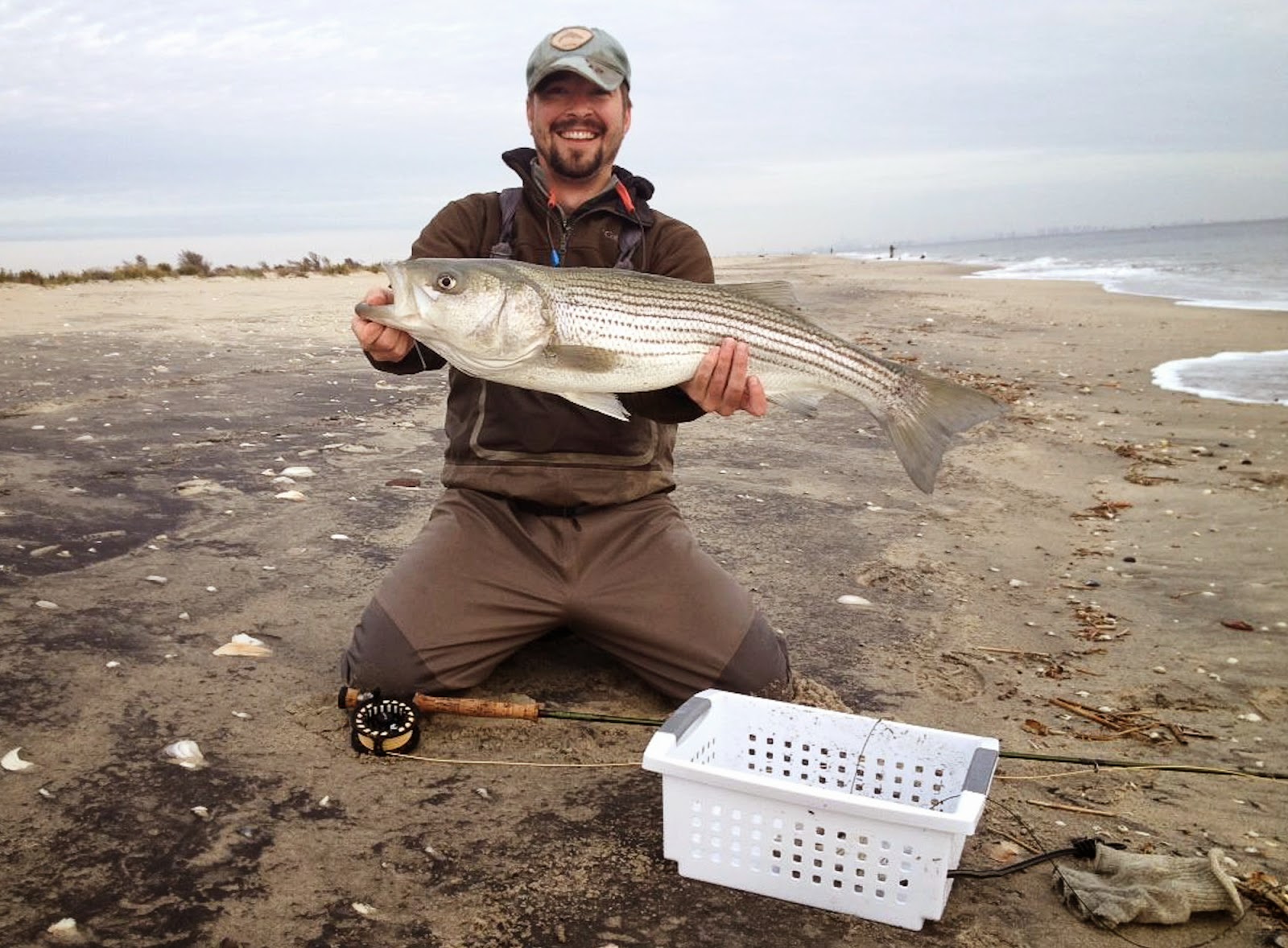 I got a call on Friday from blog reader Graham looking for a little "encouragement" for his planned striper fishing this weekend. Graham and his brother Evan were hitting the Jersey salt for the first time this year, the second time they have saltwater fly fished. They are orignally from Kansas and Evan was visiting his brother who is attending graduate school in Pennsylvania.
I told him what I had been experiencing lately and pointed him to a few locations that may serve them well. Between them one fish was caught and by the look on Evan's face one was all that was needed.
I'm seeing smaller baits around and tonight I fished and snagged spearing that was in the pockets. No fish for me but it getting that fishy feeling again and I think soon we will have a solid sand eel bite, mostly occurring during the night and before first light.
Posted by The Average Angler at 9:42 PM