So awhile ago Orvis Marlton fly fishing manager Andrew Hamilton asked me if I would be interested in doing an Orvis 301 class in the saltwater. He figured he'd get a few people from the store and we'd go fishing. If we got some interest, fine, if not, we'd go anyway and just fish. 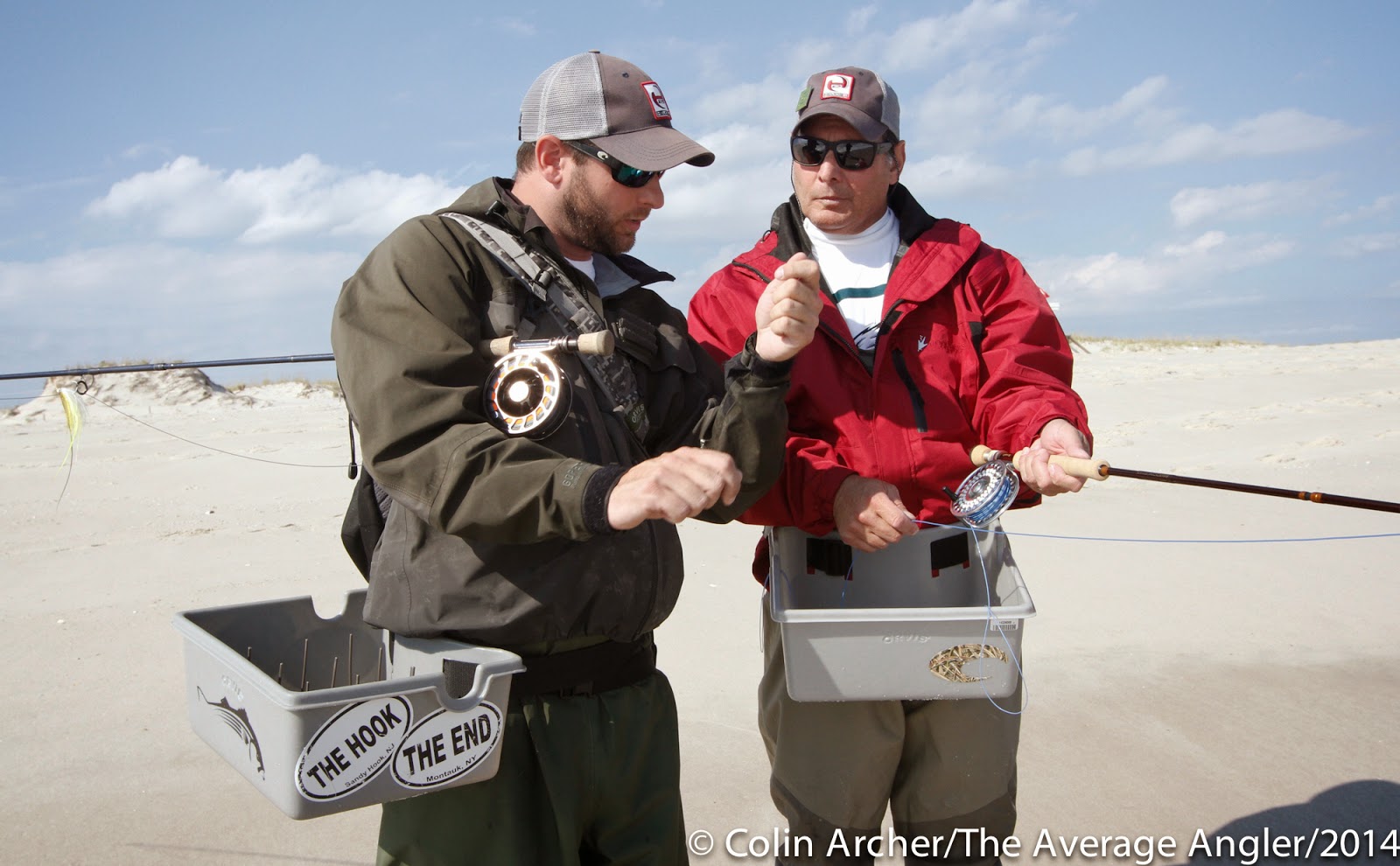 Who knew what it would turn into.

In the end we had 20 students from the Orvis Marlton, NYC, Plymouth Meeting, and Downingtown stores come out for the day. It just grew and grew and grew. Now we had a party.

We met at the bathing pavilion at IBSP and after some introductions we got everyone set with flies, stripping baskets and gear and I gave talk on reading the water, about striped bass, and how to fly fish in the surf. Luckily I had lots of help from Orvis employees on hand, fly fishing manger Tom and Cody from Plymouth Meeting Andrew and Phil from the Marlton store. 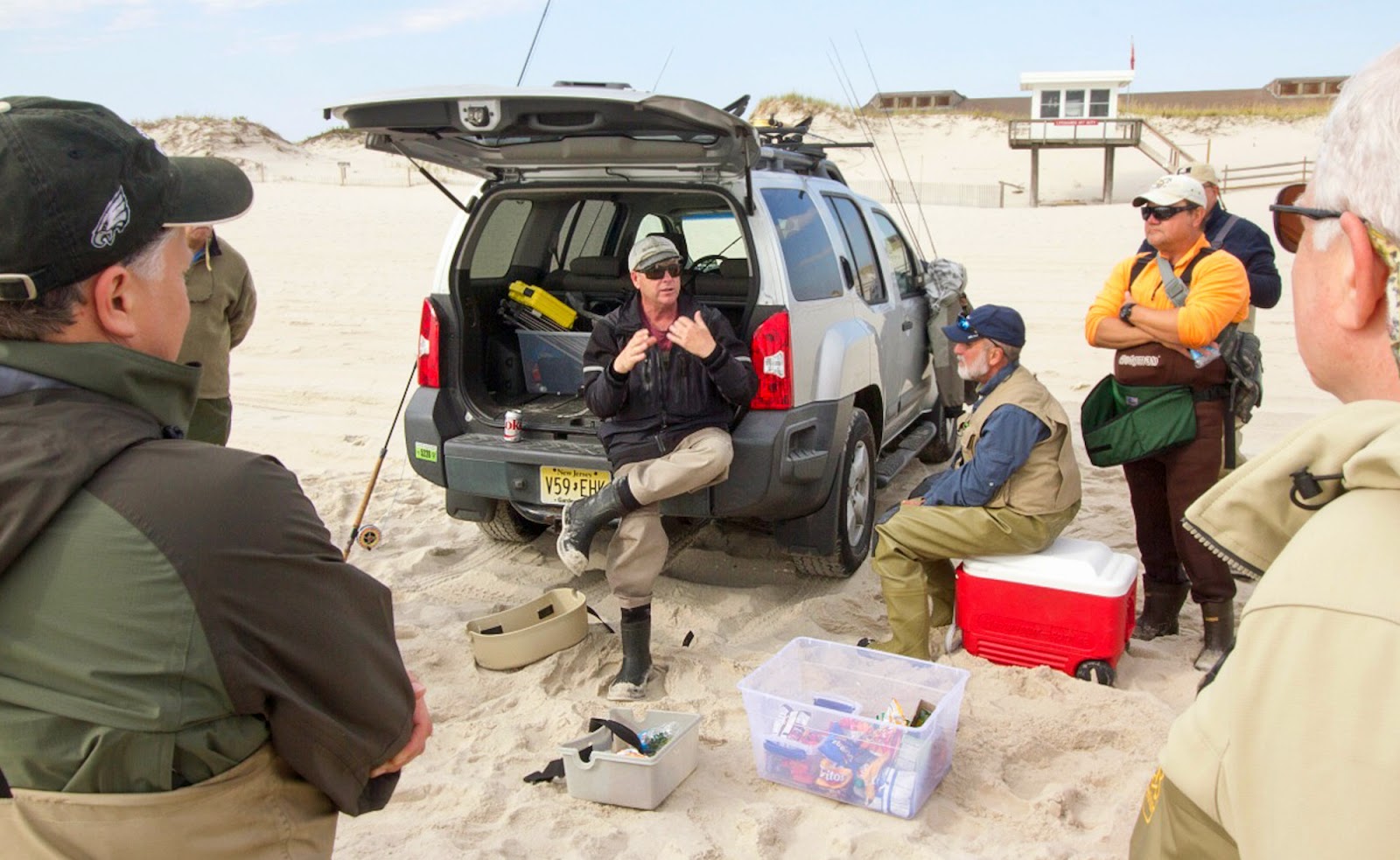 The students were eager to get started so I had to try and not talk to much and overload them with info. We had great conditions even though there were big swells from an offshore huricane. But the west wind and outgoing tide played in our favor.

Most were crossover trout fisherman so quickly they learned about fishing in bigger surf, casting into waves, and LINE MANAGEMENT! It was fun to watch first timers go at it, and know that they would be doing it again on their own.

We had a great mix of people, from father and son, to a lone woman, to a very talented and passionate 13 year old. It was all straight 9 foot rods but Bill brought out his 14 footer to throw bigger flies out a mile.

In the end, we didn't catch a fish. Which is more about current conditions of the fishery and timing then for a lack of effort.  (continued) 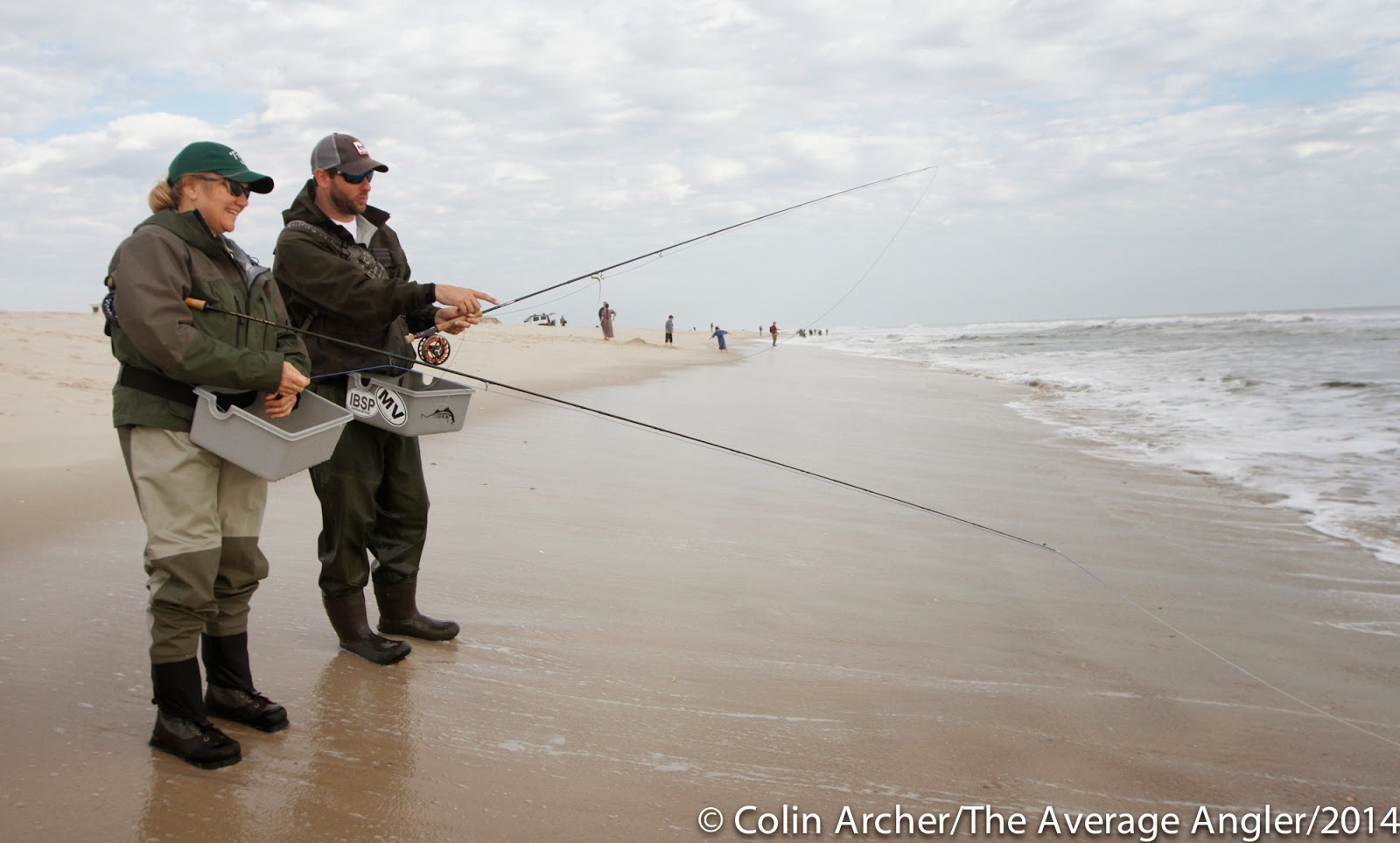 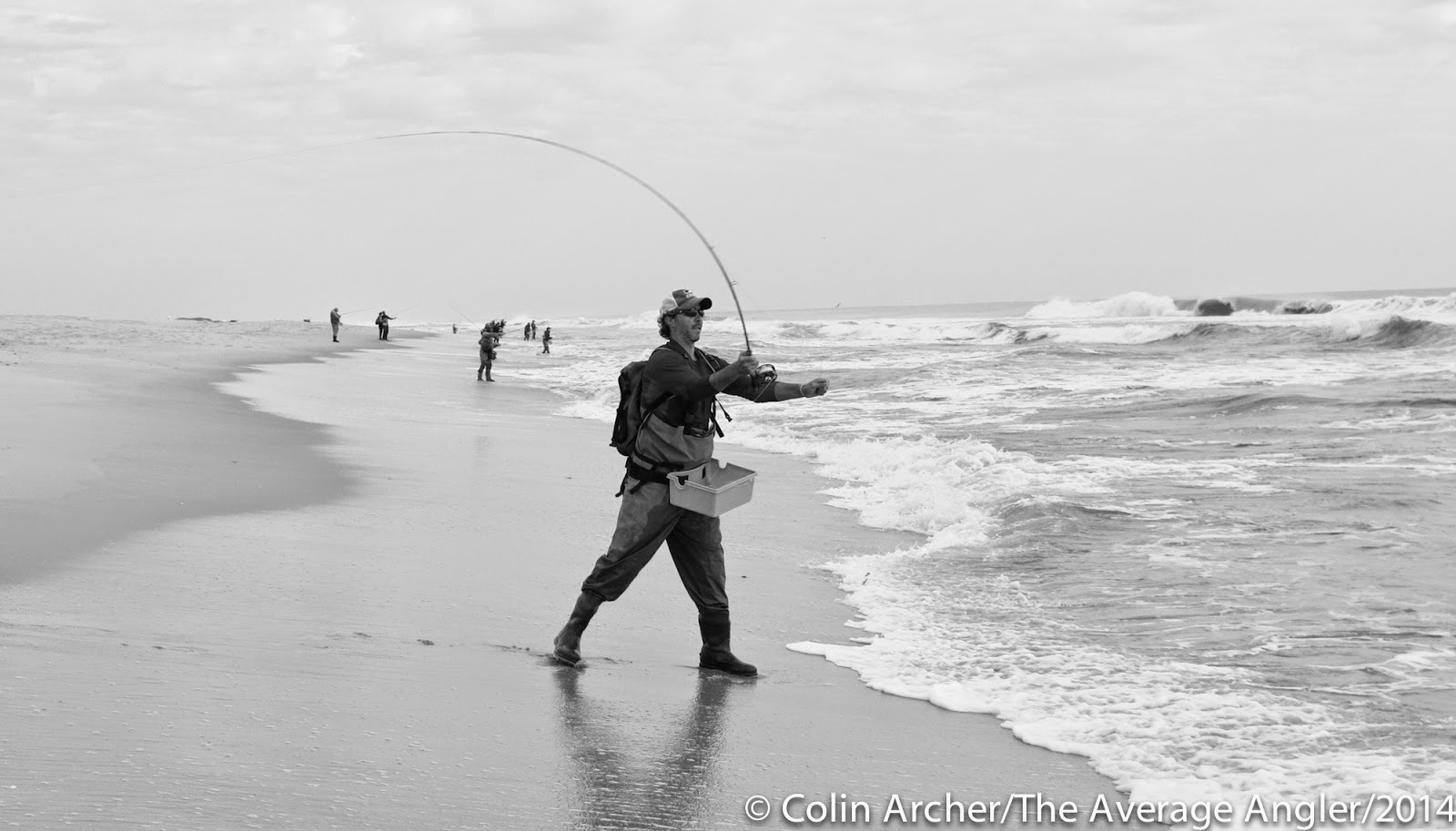 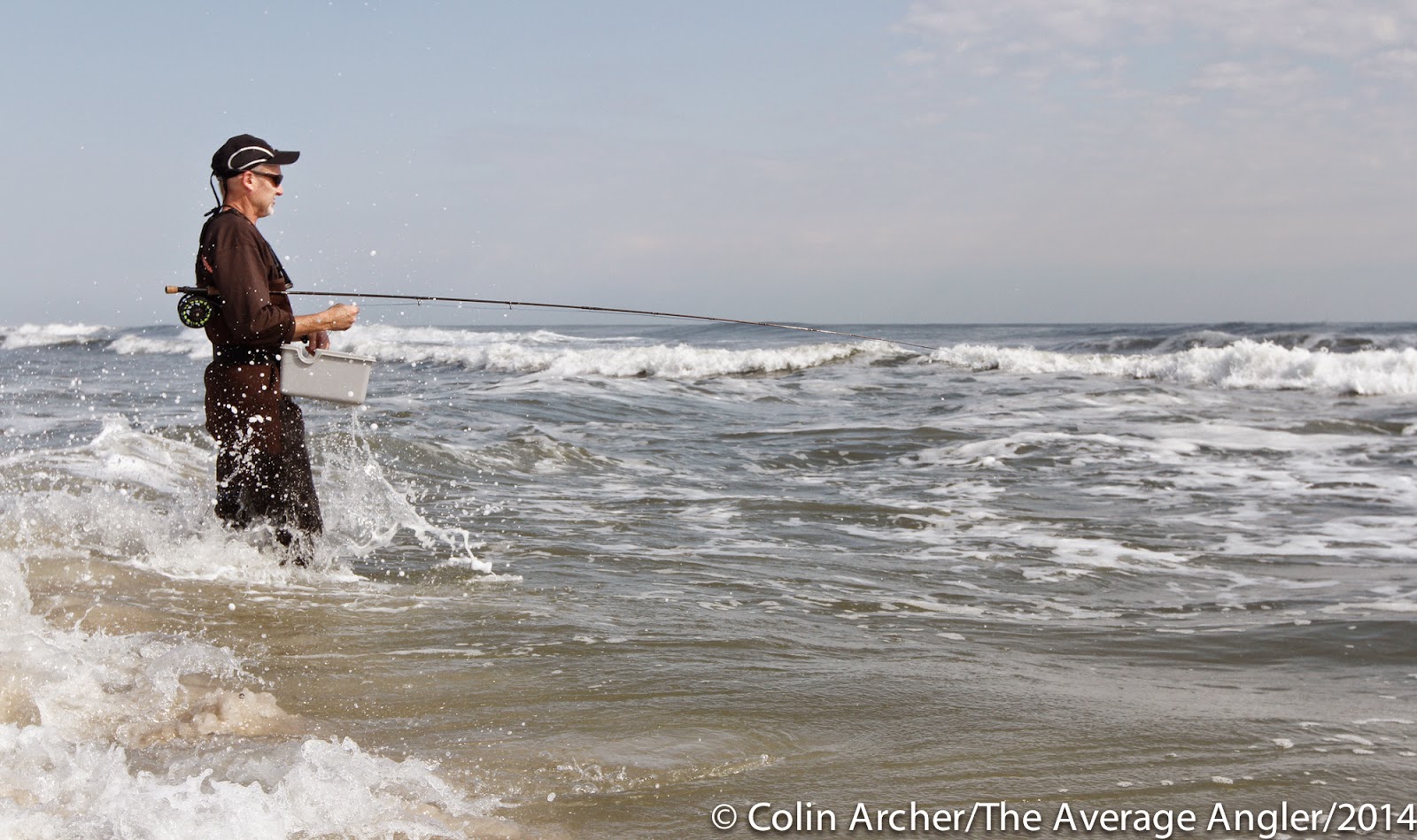 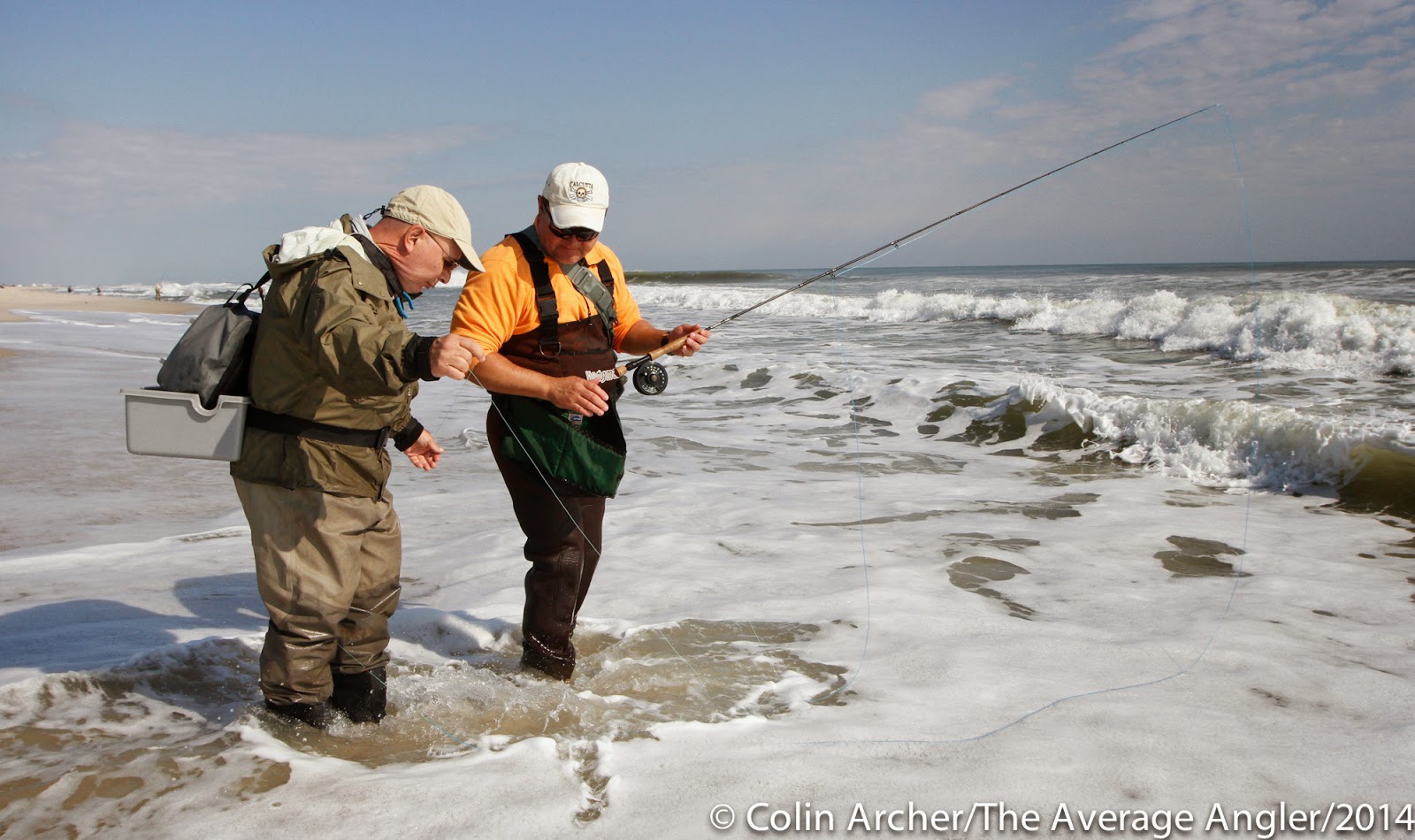 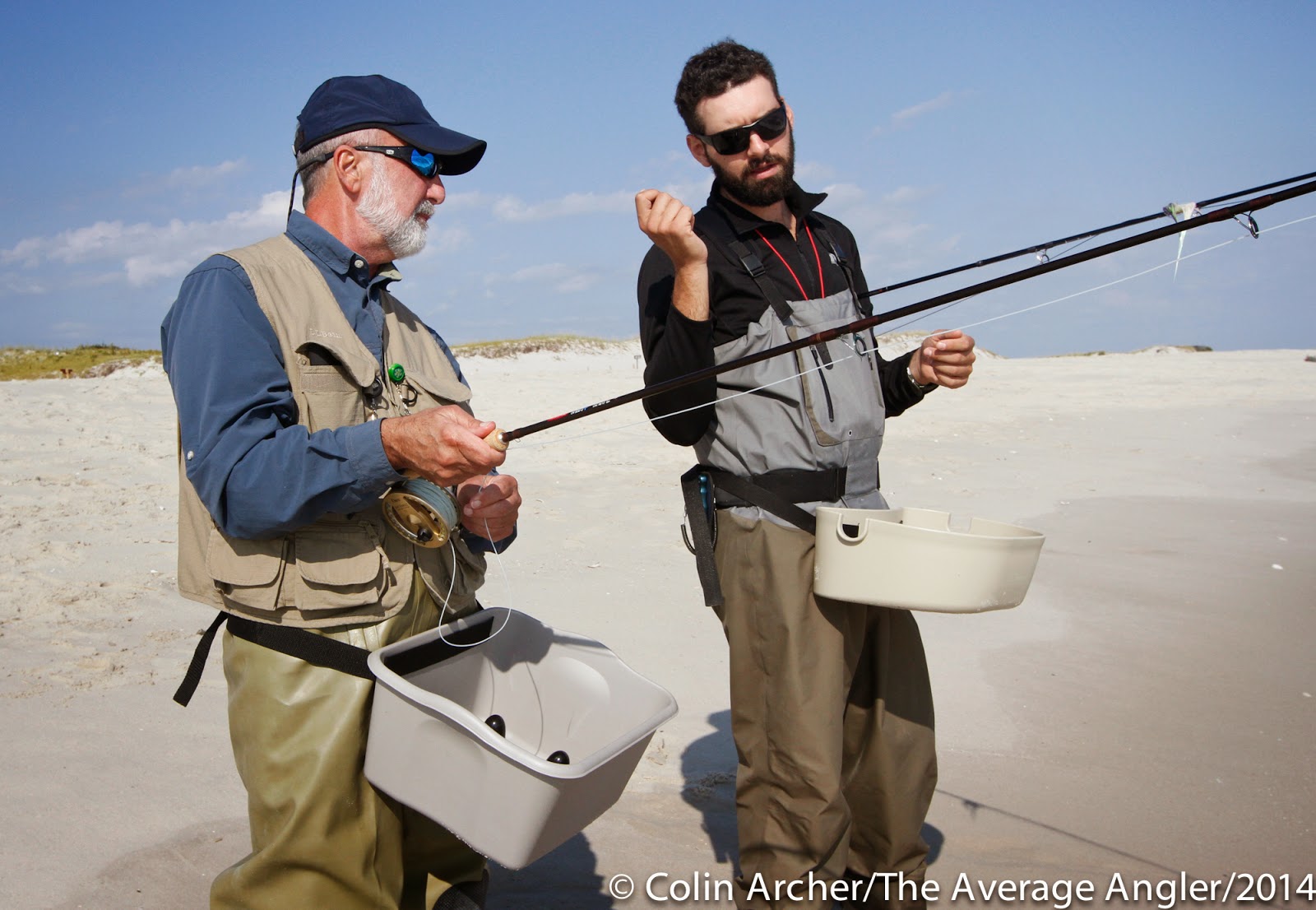 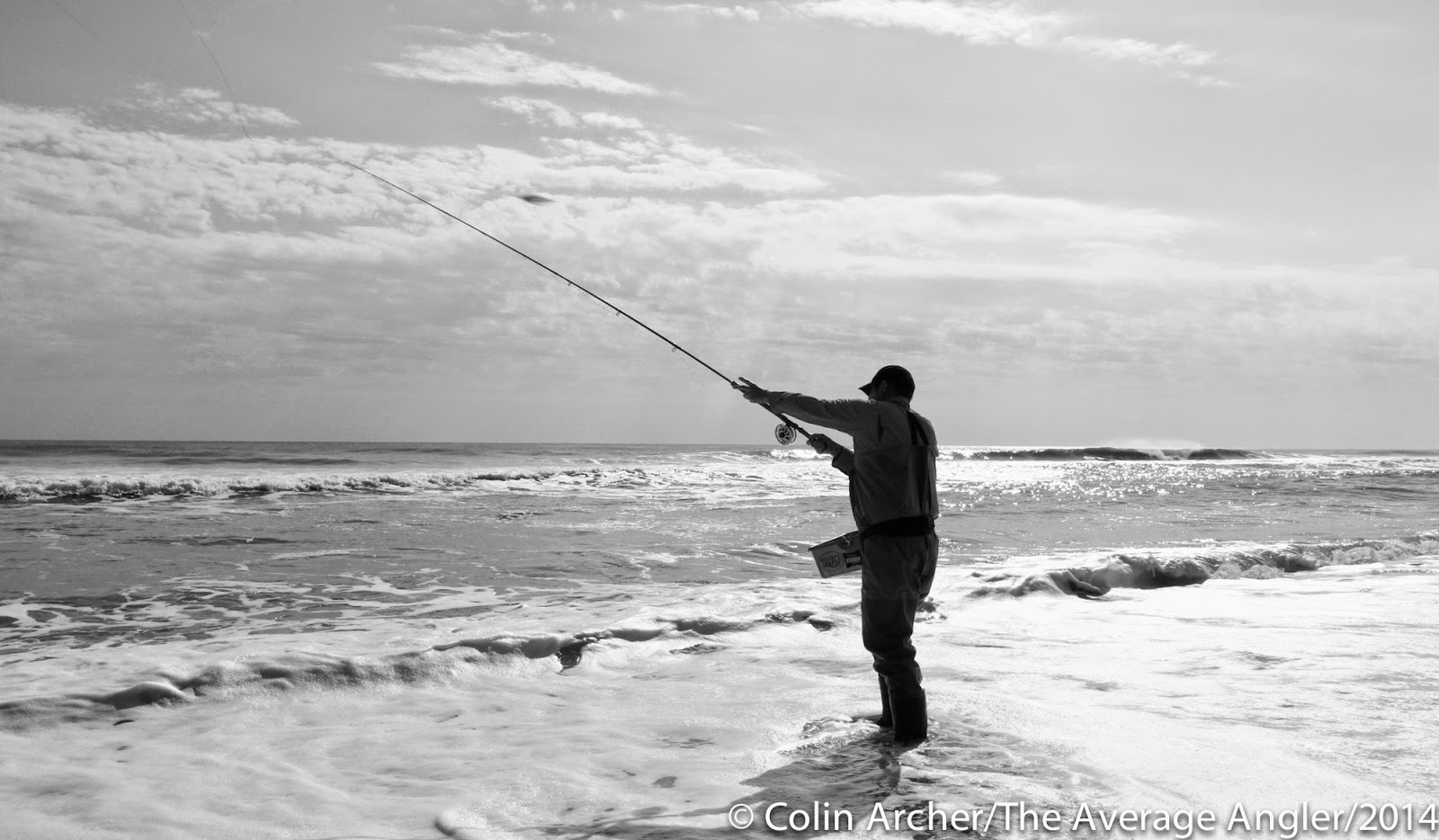 Everyone was great. but two students stuck out. Tom, below, is hooked. He picked the snottiest point to fish and got wet, stuck in the sand and knocked down....always getting up with a smile and loving it. 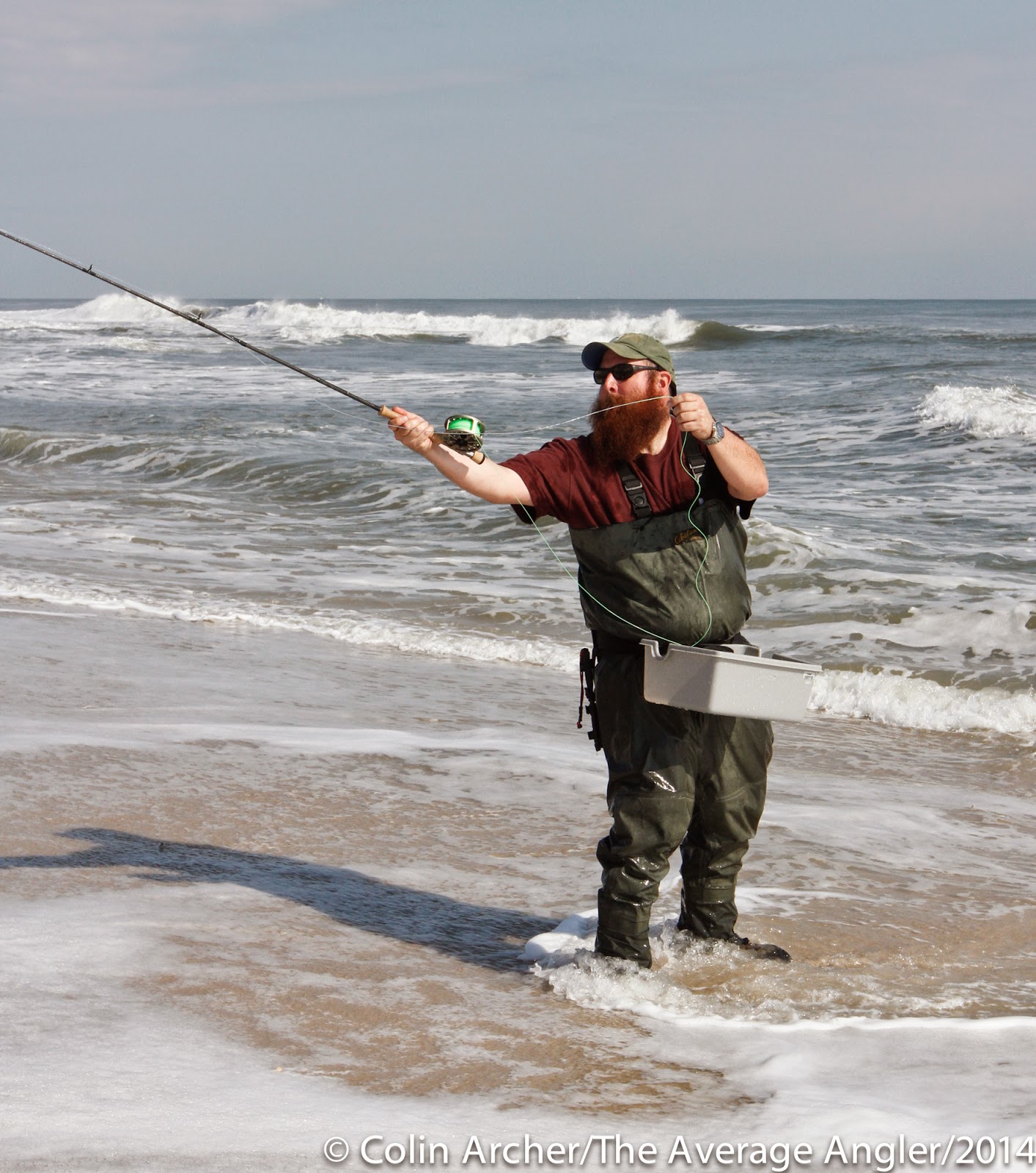 And then there's Cameron, a sweet 13 year old boy, who took up the sport on his own and is hooked. It is so refreshing to see young kids get into out sport. And can he cast and double haul.

I talked, they listened, we fished then took a drink and snack break and they fished some more. In the end we went over 4 hours before we ended for the day. Again I have to thank my helpers who were great to me and the students. Afterwards the Orvis guys and a few students went and set up shop at a table at Klee's talking about the day and fly fishing in general. Couldn't have planned the whole day it any better.

Posted by The Average Angler at 6:25 AM