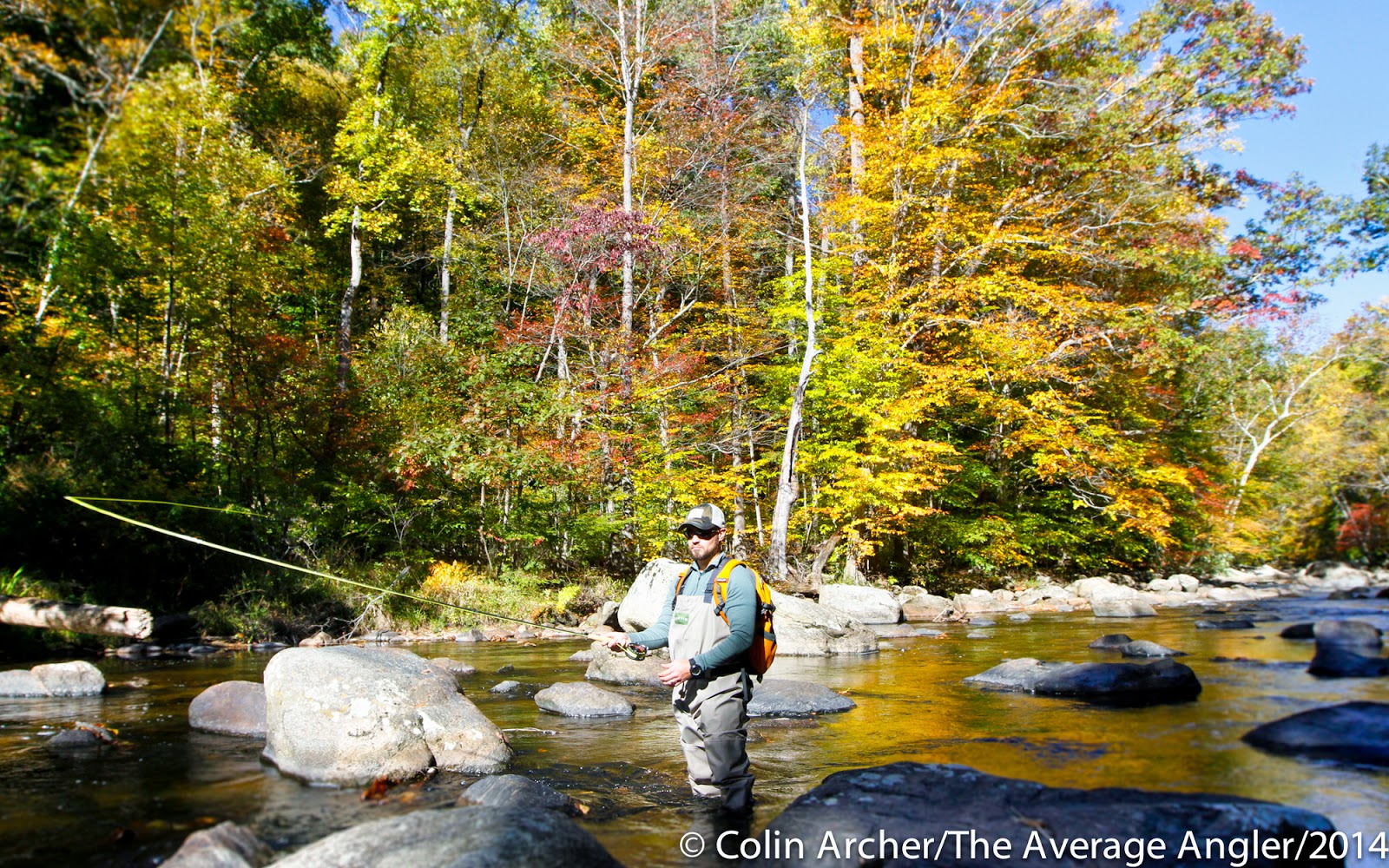 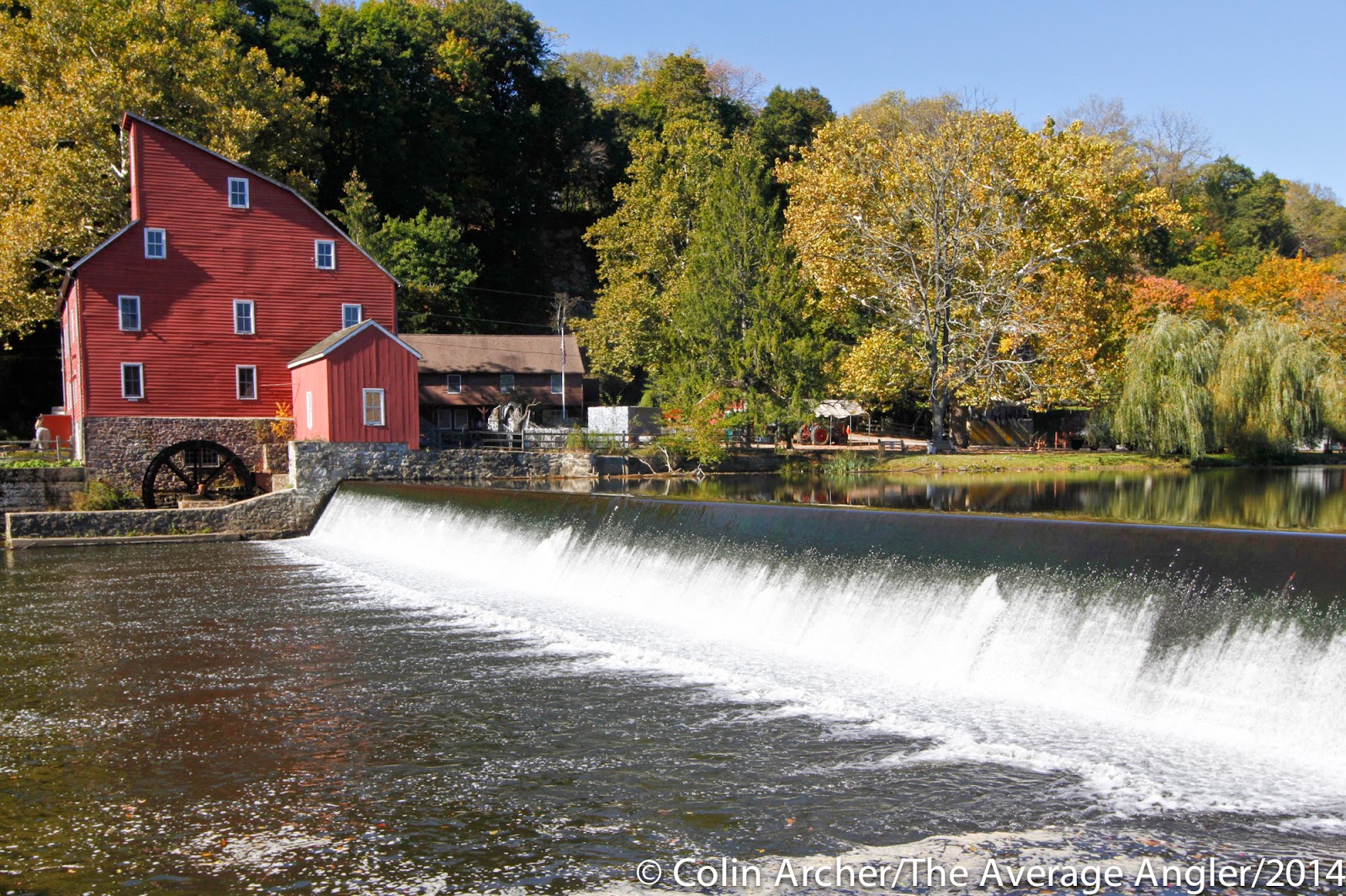 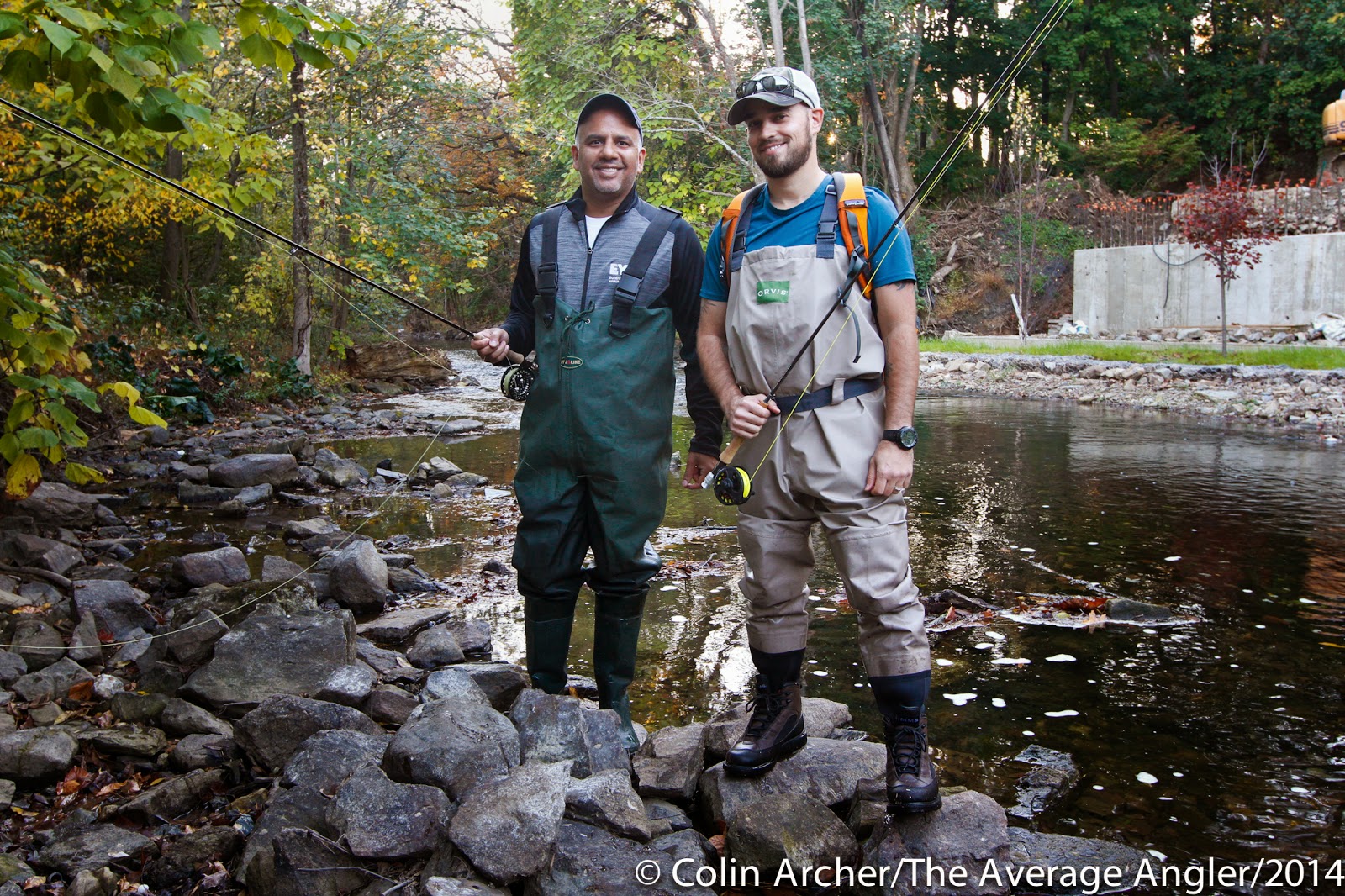 Fall is in full effect in north western New Jersey. Today I mixed things up a bit and had Mike and Ed out for a full day on some New Jersey trout streams. We started out the day with a stop at Effinger's getting the boys hooked up with waders before hitting the South Branch of the Raritan. The town of Clinton was in a perfect-fall-day full effect so I of course snapped the above image of the historic mill. The only thing that was a little troubling was there was just no water....anywhere.
We moved up river and hit some spots before grabbing lunch and settling in at the Ken Lockwood Gorge. After a stroll we found some water and Ed managed his first trout on the fly rod when a rainbow grabbed his nymph out of a shallow run. 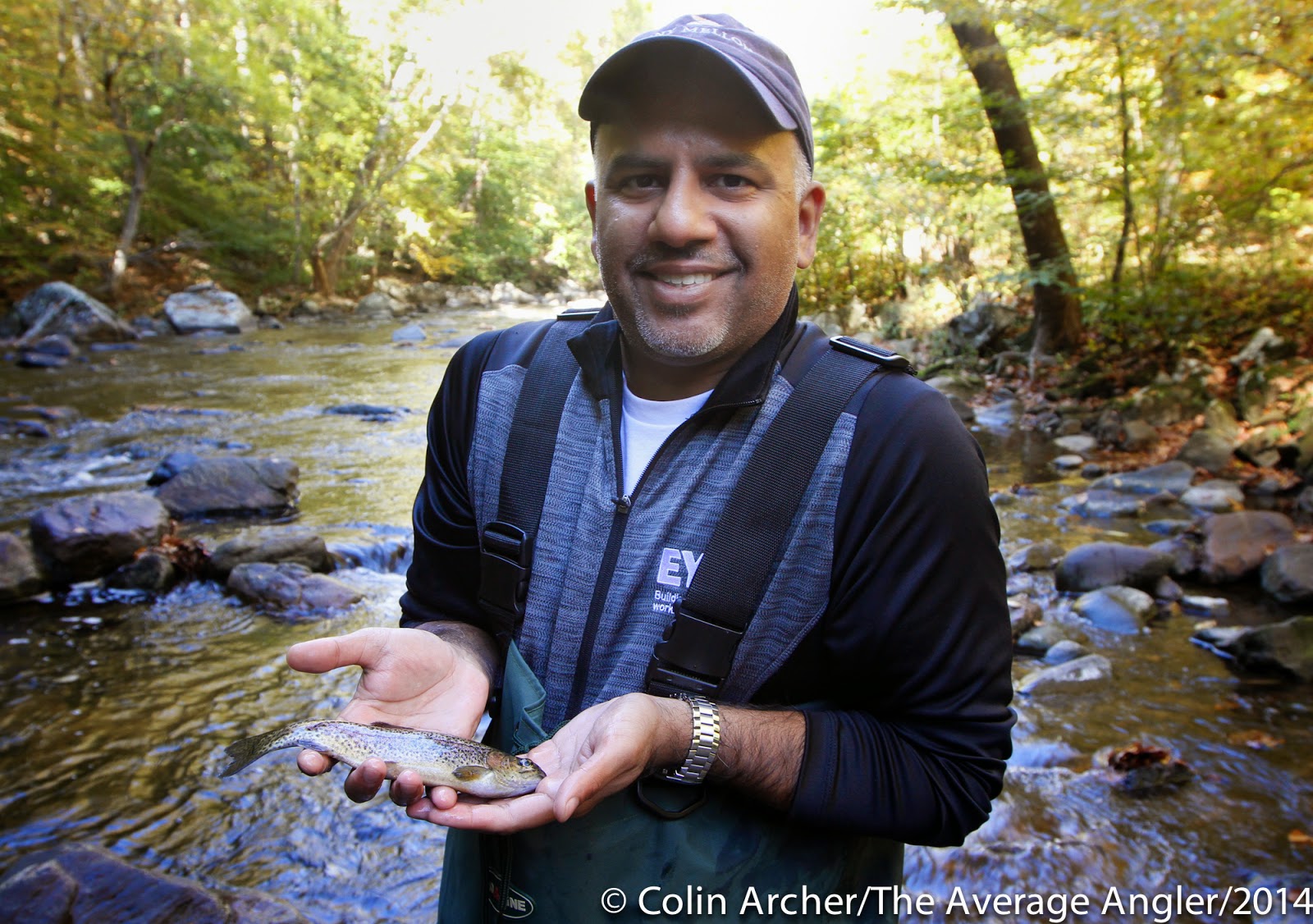 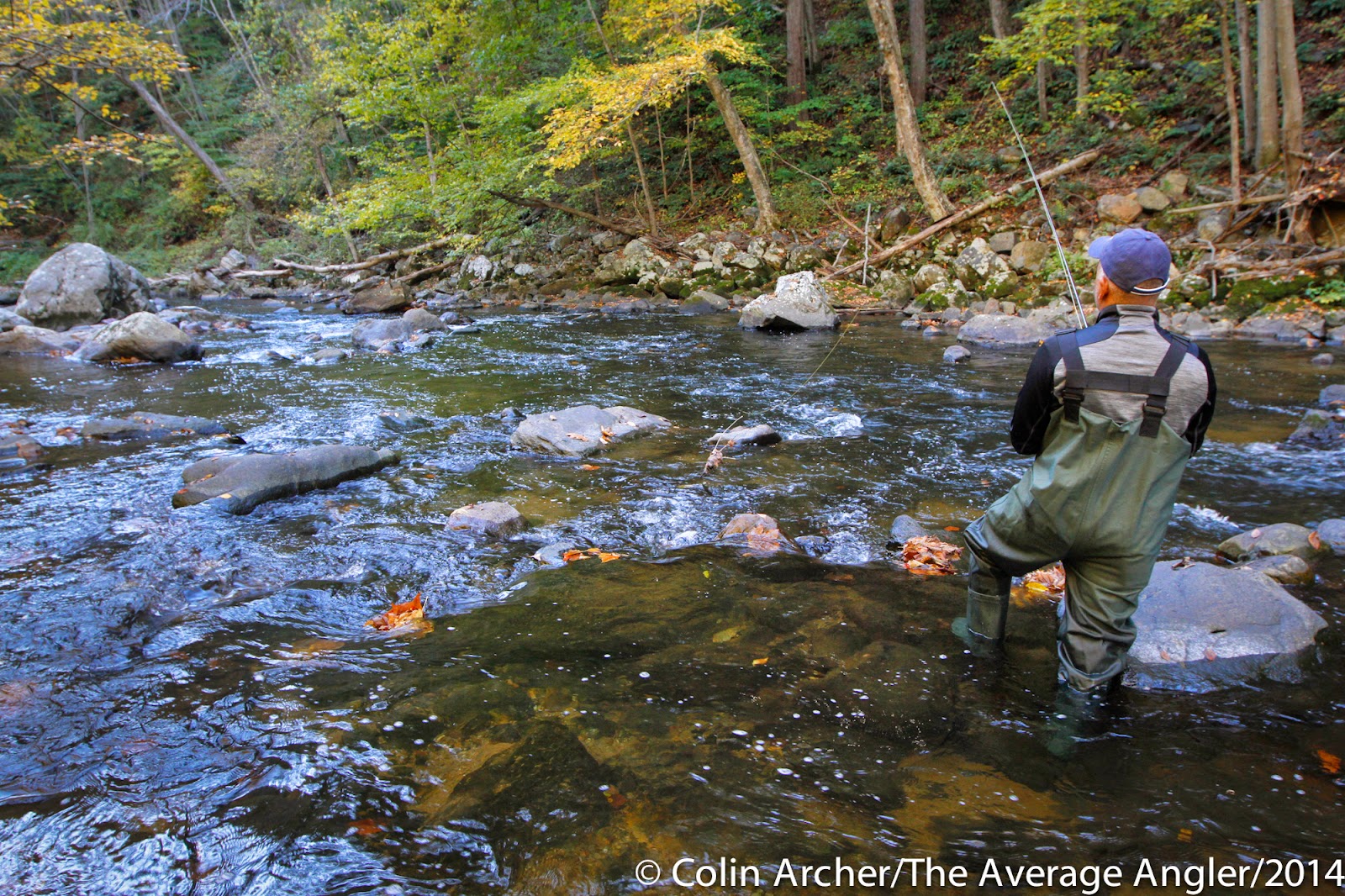 After making our way back down to the truck we took a ride to the Musconectcong in the search of some more water and it wasn't there either. We stayed for a few hours and Mike went tight twice but couldn't set the hook quick enough. In the end it was a great fall day on some empty, in both water, anglers and fish, water with some great guys. 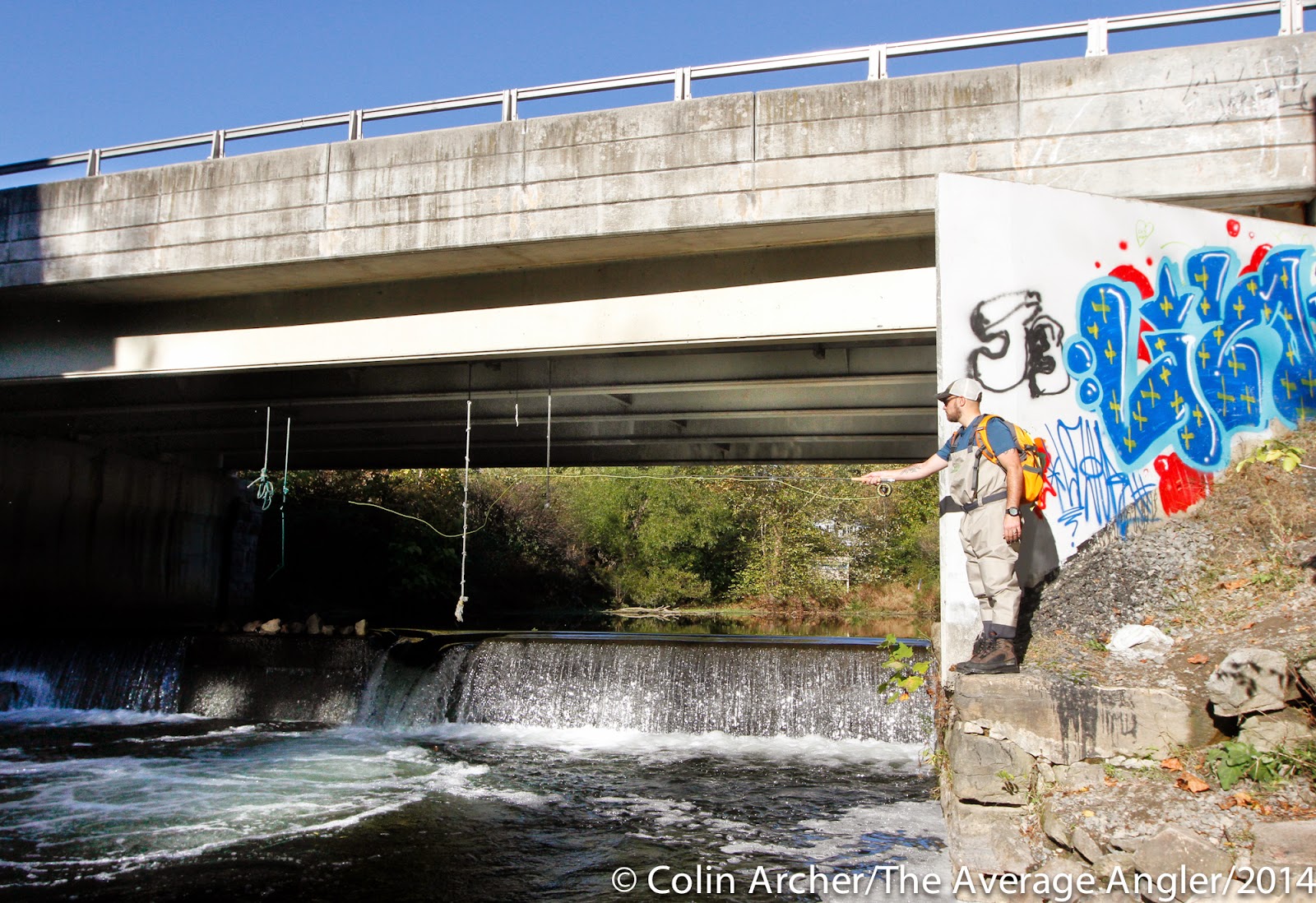 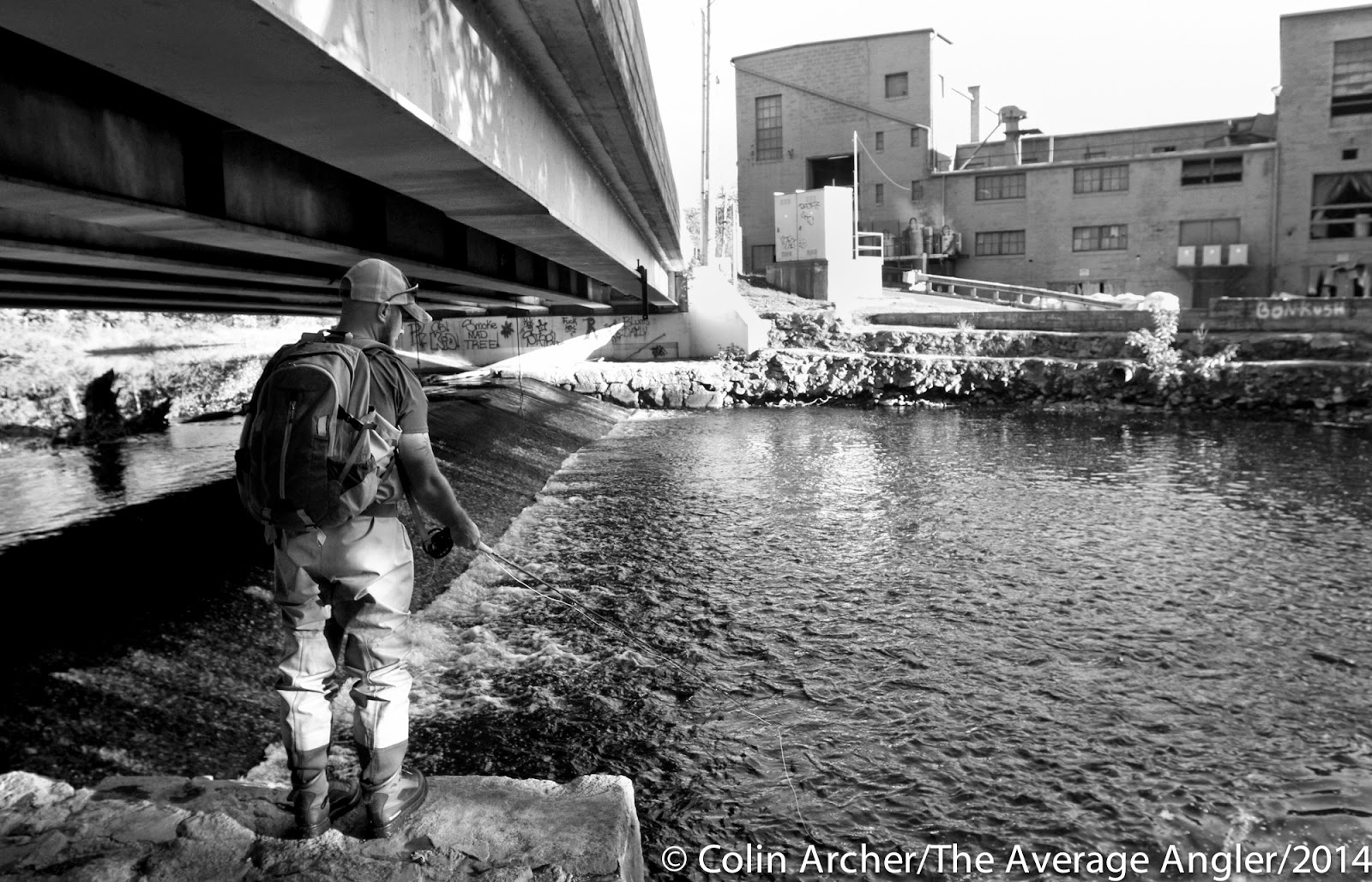 Posted by The Average Angler at 9:12 PM