08.28.11 Irene hits Monmouth County and back at it with the camera 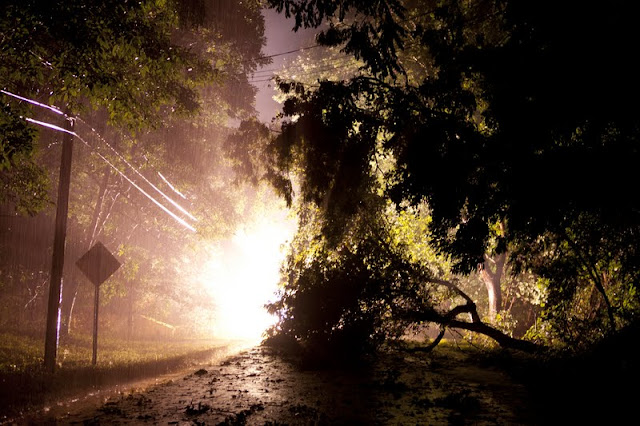 Heritage Way, Colts Neck                           Colin Archer for The New York Times
My day started around 230 am when we lost power in Ocean Township. We soon had 6 inches of water in the basement. I took a ride to my fathers shop to locate a generator and on the way was stopped when this tree fell down and took the power lines with it. At my fathers shop I found a brand new Ford F-350 with a welding machine in the back. Perfect. But the overhead door wasn't working and there wasn't a manual backup. So I moved a 600 pound welder across the shop floor, set up some planks, use a choker and a come-a-long and attempted to get it onto my truck. A quarter of the way up it rolled. Thankfully my brother came and help me load it up and by 830 am I was back home and had the sump pump running off the generator.
I was still on assignment for The New York Times and had to go make some pictures. The bulk of the storm had passed, but I was sure there was good images to make. My friend said Sea Bright took a beating and the town was shut down going in. I called the photo desk in the city to see if they knew or wanted anything specific. I mentioned the problems in Sea Bright and was told to give it a shot. I made images in Rumson and Red Bank and went home to try and transmit.
My Verizon was out and I tried to transmit off my iPad. No good. I reached out to my friend Carl who had a good cable connection so I went there to move pictures. After I sent them I got a call from the photo editor asking me, " You got anything with any sand in it?". That's a horrible question to hear asked. Basically it means either, "Your pictures suck", or "It's not what we're looking for."
I had my point and shoot and ran down to Avon and made a few pictures of a guy in a loader moving sand around Ocean Avenue. I went back to Carl's, sent them, and never heard back again. 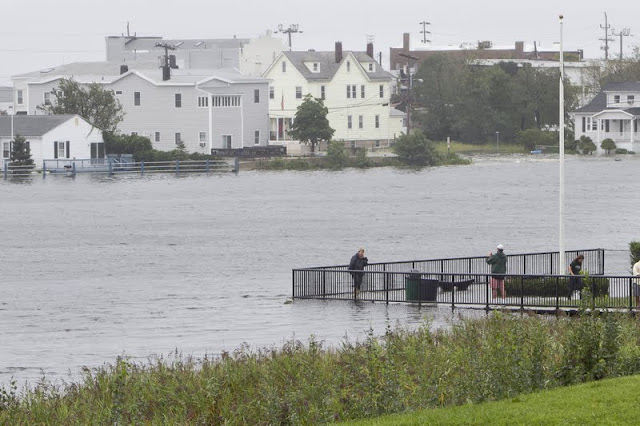 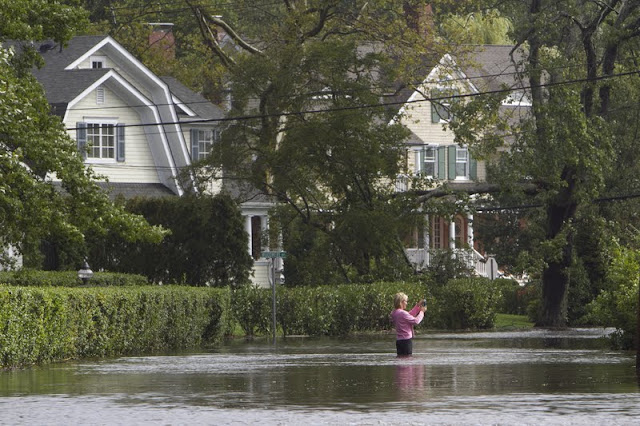 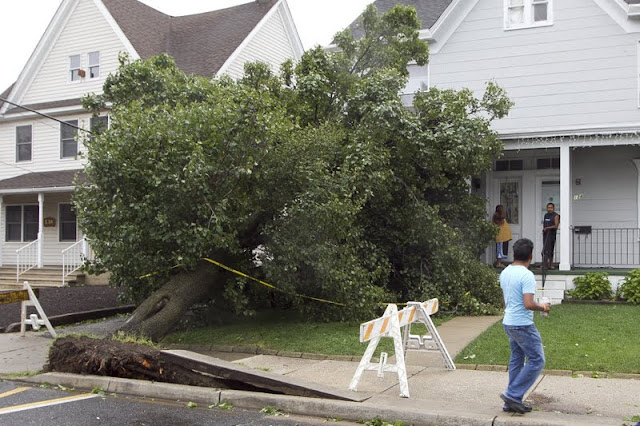