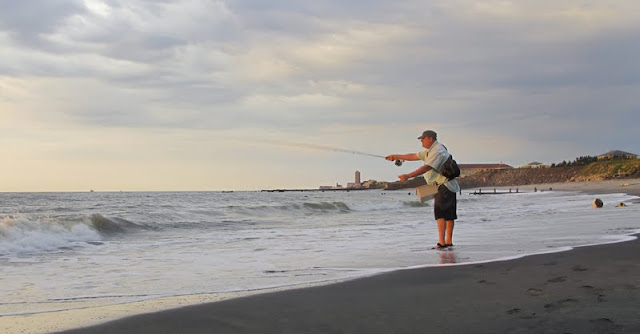 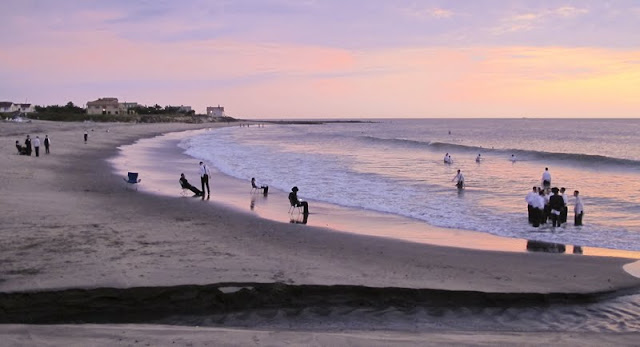 "Flash mob" in Deal
After having breakfast with Al yesterday I had to get up for an early morning trip to the beach. It was good practice for the upcoming fall run. I left my house around 530 am and was in Deal a few minutes later. As I made the turn on Philips Avenue I was surprised to see several cars and two buses parked at the end. I got a spot and grabbed my rod and stripping basket and away I went. As I got closer I was thinking to myself that I just might be in the middle of my first "flash mob". Most followers to this blog may not know what a flash mob is, I may not either, but here it goes. In today's world of social media someone comes up with an idea, ie: "Let's all meet at the beach at 6 o'clock, and get naked and go swimming." They send that message out to say thousands of people and then at that time they all meet and have a "flash mob." They do it at convience stores and then rob them blind, and since there's so many people, everyone gets away. Or they meet at a mall and dance for a few minutes and leave. I guess whatever gets you excited. 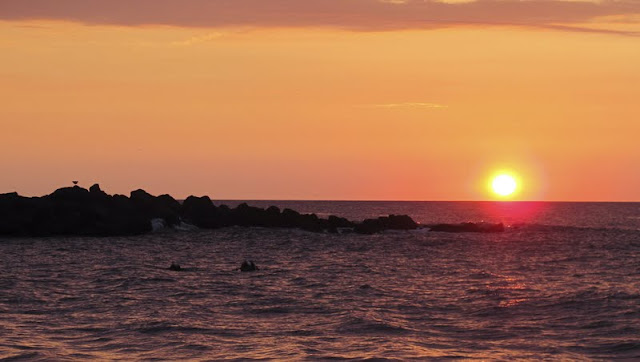 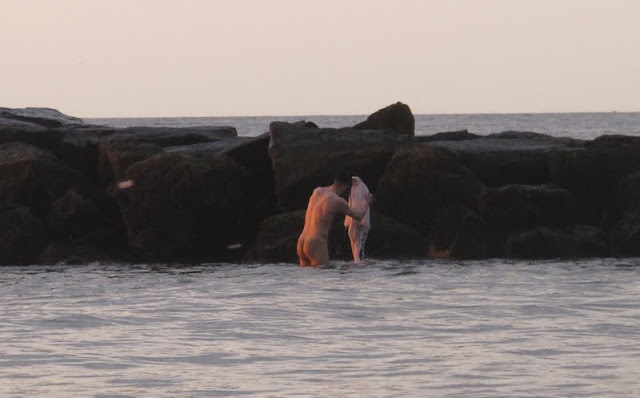 So my plan was to fish north of the Philips groin, but, the crowd was concentrated on the beach and in the surf there. So I walked south towards Brighton and fished the wash with no results. I did have a few snappers take a swipe at my popper but that was it. As I got closer to the groin the sun broke the horizon, and the activity of the "mob" increased. Two guys ran past me towards the rocks. As they approached them they started to undress, down to bare assed naked and went out into the water. I turned my head and more guys north of me were doing the same. It was then I realized this was surely a "flash mob." I passed on joining the fun and snapped a few pictures. After a few minutes they emerged from the water and got dressed, dress pants, shiny shoes and all!
I continued down to the hump and then walked back to Philips where the crowd continued to get dressed, and then slowly board the buses and cars and disperse. 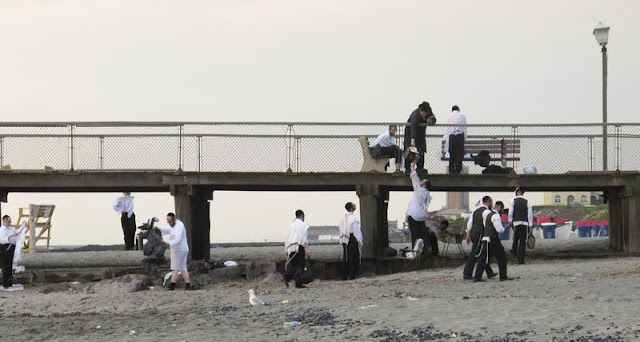 I should Tweet, " Flash mob in Deal this morning was great, fishing, well, not so great!"
Posted by The Average Angler at 8:03 AM