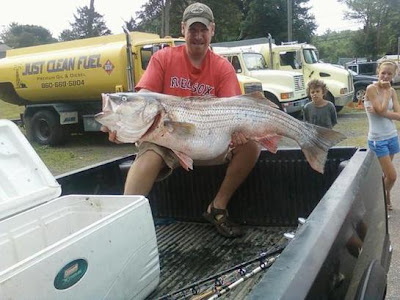 There are several reports that a new world record striped bass was caught last night by Greg Myerson during the "On the Water Striper Cup". It weighed in at over 81 pounds. That would be out the current World Record caught in 1982 in Atlantic City by three pounds. No official determination has been made by the IGFA.

Posted by The Average Angler at 10:59 PM