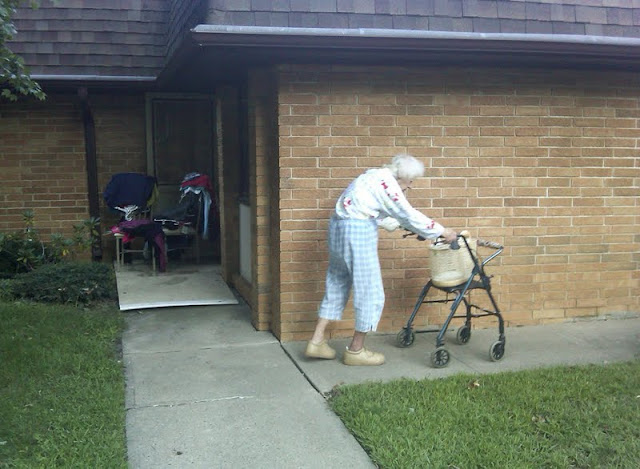 Most of New Jersey got hit with hard rains last night that caused power outages and flooding. I had an open container out last night and it looked to me that we may have got 5-6 inches during the downpour.
This afternoon I got a cal from a friend of a friend of a wife that her mom was flooded out after last nights rain, in Ocean Township. I figured maybe wet carpeting or a puddle. But last night Poplar Brook flooded and wreaked havoc to a mainly senior population at Poplar Village off Roosevelt Avenue. I couldn't believe my eyes when I saw the section of the complex that had the most damage. Some seniors were returning to apartments that had 36 inches of water in them. Some couldn't return because they had no one to help them, so they remained in the hotels where they were put up. The woman above is removing things from her apartment in a hand basket, while her neighbor dries clothes outside her apartment on a chair.You can't see it but the high water mark in the first picture below is just at the bottom sill of the windows. Below that are pictures of some of a women's belongings that are warped or damaged from the nasty swamp water that filled her apartment, along with family photos that lay out to dry, only to discolor and curl.
I spoke with a police patrolman who passed through, and called the Asbury Park Press over two hours. And to boot, the woman whose belongings were drying out, had water up to her windshield wipers that filled her car with water. Horrible to have happen at 85 years old. 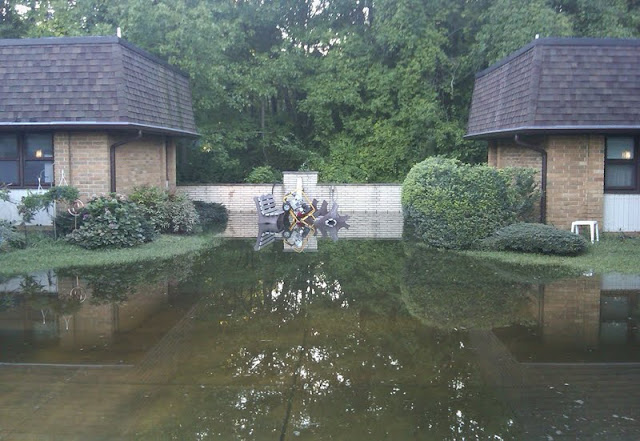 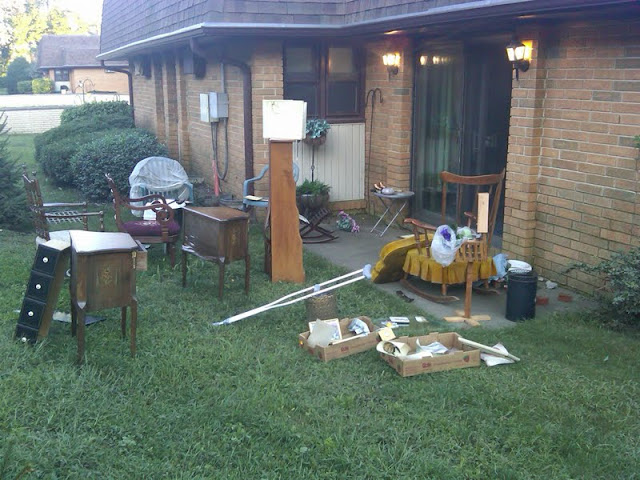 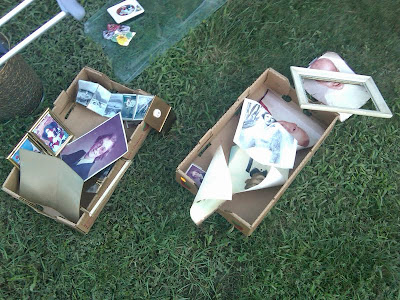 Posted by The Average Angler at 11:25 PM