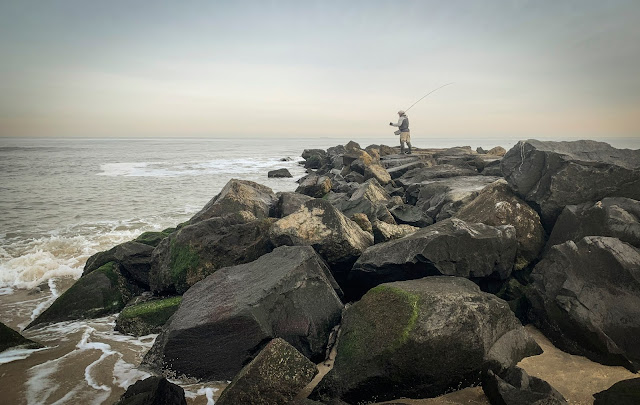 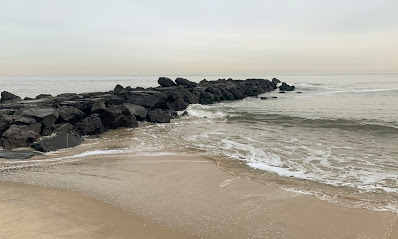 I had some Christmas shopping and a daughter pick up to do in Monmouth County so I figured I would give it a shot. Leif has repaired my Helios s 11wt tip that I busted when putting my truck window up so he met me on the beach. Two hours on the ebb, warmest part of the day......nada. 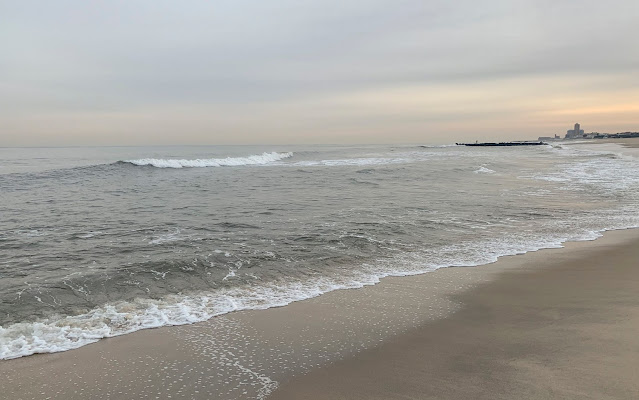 So this is it for me, I'm done, its official. The only thing that might change that is a flurry of late herring chasing bass. There's a lot of fish down near IBSP, and what do they do? Well they are the growing up Hudson fish that return to those waters for the winter and hunker down in those big massive deep holes up near West Point, New York.
We always think of the fish hiding north to south in the fall, I believe they do go north to south, then go back north, at times really north into the Hudson. We do resident fish, as all major ports and Bight's do. Check out Boston Harbor, there's a strong resident winter-over population there, and as well as some of the bigger rivers in Connecticut. I bet if Mike Laptew did some scuba diving near the Statue of Liberty you'd be amazed with the bass that stay in the New York Bay and Ambrose Channel.
An so its time to go through the gear and get repaired what I messed up and throw away all those shit flies that aren't catching because they foul or the hooks are rusted up. I am going to look into donating these flies overseas to anglers that could use them in the bowels of the Amazon or other prehistoric kind of fishery. If I find something I'll pass it along.
There's no Fly Fishing Show this year, so outside of some warm weather quick trip, it'll be a wait and hold until March and April when the fish start migrating up the Delaware, where this year I'll meet them in the middle of the river in my boat, and yes, pulled by my pick up. 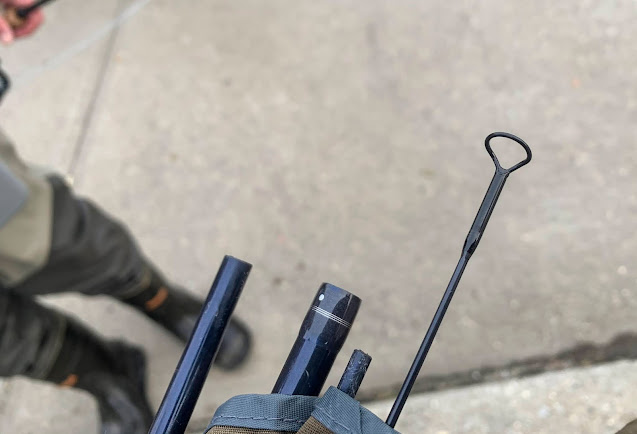 Posted by The Average Angler at 8:39 AM