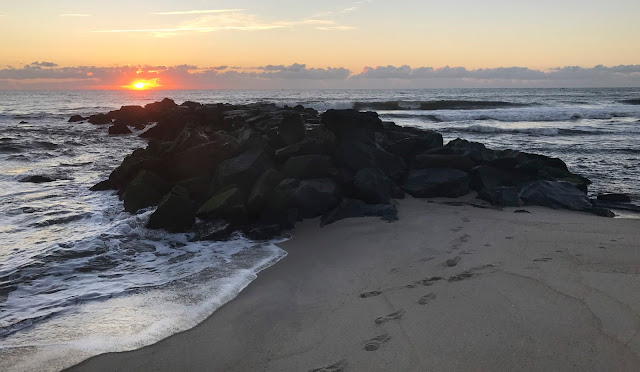 Gave it a go a day before the storm. First light dead low. Didn't stick around home as there wasn't much water and no signs of life. Five years ago Sandy weaker havoc along the East Coast. I remember seeing this home below in Union Beach which became the iconic image of the destructive force that the storm brought to so many communities along the Atlantic and Raritan Bays. 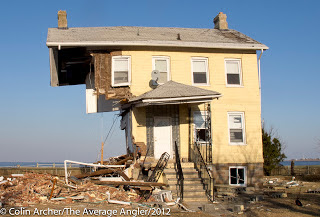 I went north and stopped in Sea Bright and saw the new temporary defenses that towns try to establish for the winter storms. Pushing sand up into large berms to protect million dollar homes just west of the sea wall. I wonder if homeowners just did this on their own how it would go over. Does Sea Bright have the green light to push public sand around to protect beach clubs and homes? 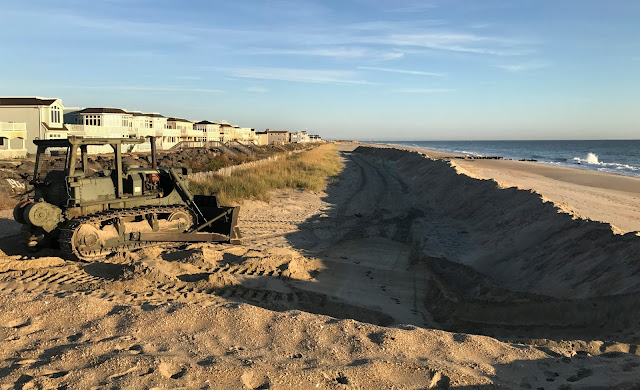 I tried inside the rivers at slack but couldn't get a bite. Saw lots of boats out in the bay and heard reports that the first good push of boat fish may have arrived at The Triangle. I watched from a distance as boats on the troll just criss-crossed each other. Didn't see much for bird life so I'm not sure if the fish were up. Will be interesting to see what happens after the blow. My guess is albies will be gone and maybe the bass will show. Hopefully the bait starts to move on the next moon. 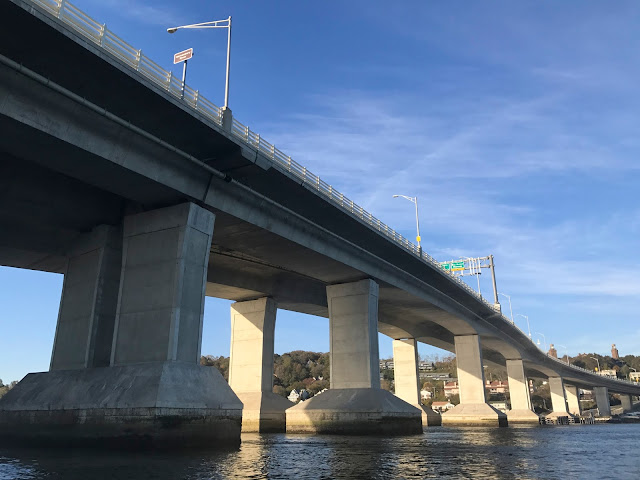 Posted by The Average Angler at 9:57 PM