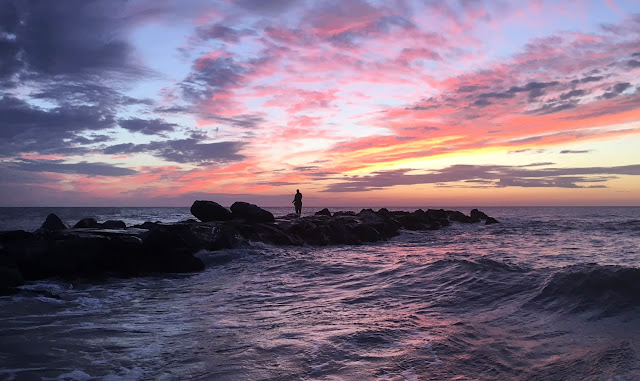 Therapy. My friend Leif took this photo of me this morning perched on now a special rock. The other day we received Ryan's ashes and I took some of them down to Phillips Ave which has always been favorite of mine. I went out to the furthest flattest rock and spread them. While this wasn't his place, it was mine, and I start each day going out to that rock, just to say hello. 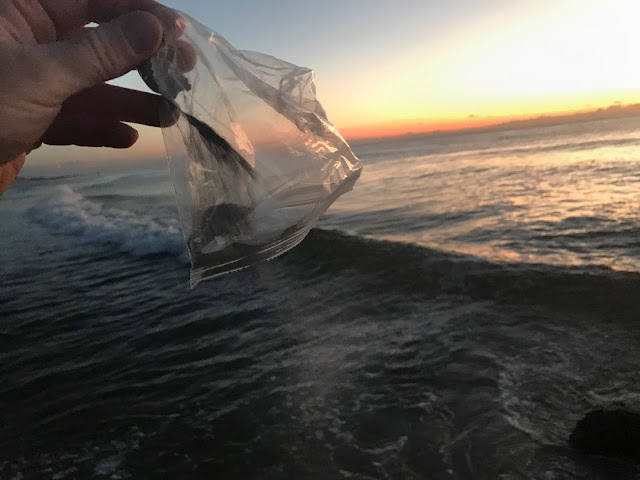 It has been a difficult week and a half. Last week fly-fishing and Jersey shore Captain Bill Hoblitzell also lost his son, Ryan, in a fishing accident. I told Bill that God needed two good men, and he got two good men from good men. May they both rest in peace. 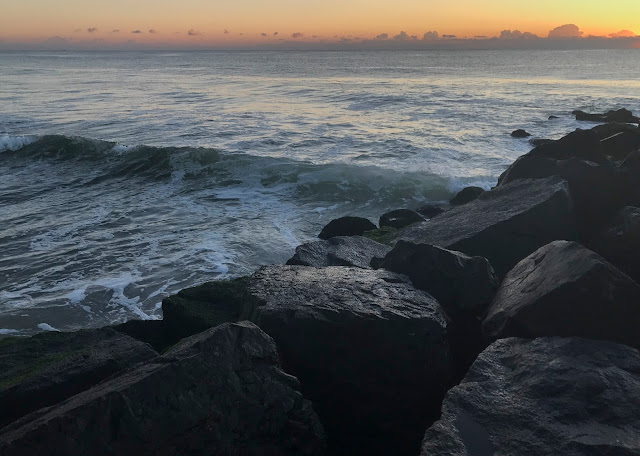 I have fished several times since then, spending most of my time on that rock. I haven't caught a fish. I was looking to Ryan for a little help with that, but that'll come. I stayed put while others caught fish to my north and south. There seemed there was a little push of fish, either the early teenage stripers are heading south or they just woke up and have come ashore looking to eat. Fish to over 30 inches have been around, but you have to put your time in. They've been taking poppers and Snake Flies.

There main bait has been mullet, and at times thick enough to be seen in the waves in front of the sun. This morning I found some, what looks like baby weakfish, washed up on the beach. I have seen rain fish and one morning albies under the birds way out of range. The wind has shifted around the horn over the past week and with the September Harvest Moon now past, bait should start moving and the fish more active. Today we all caught the skunk, but that's just the way it is. 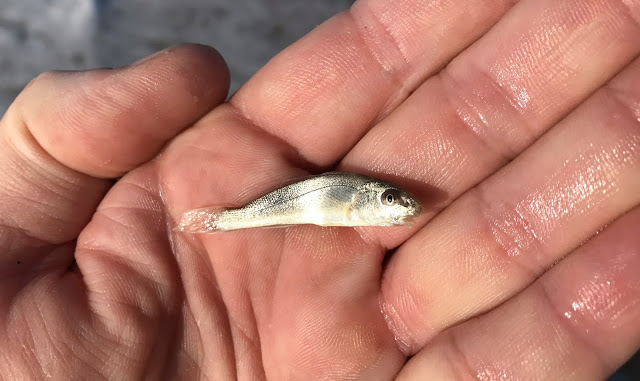 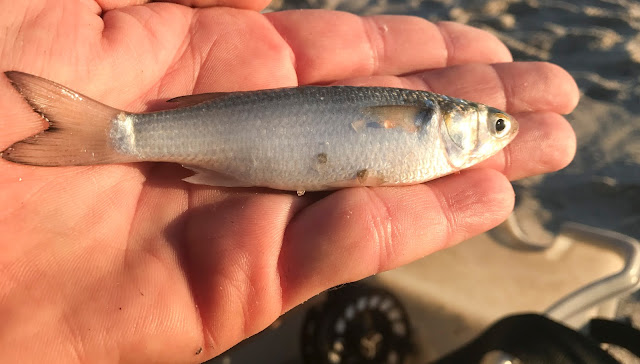 Posted by The Average Angler at 2:36 PM