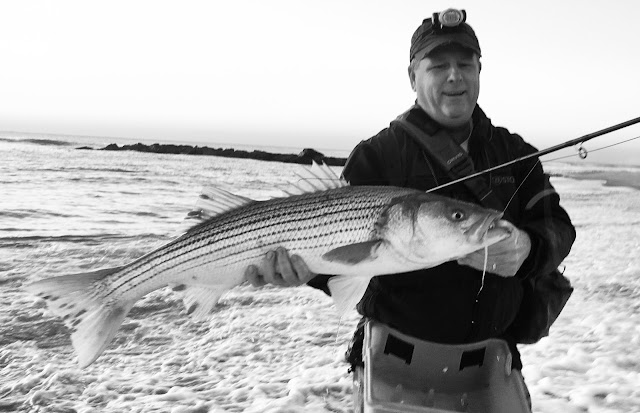 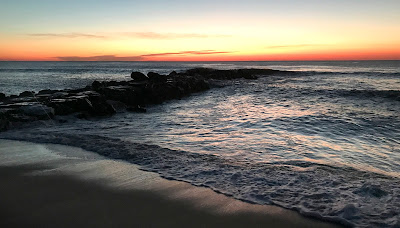 I needed that. After not feeling it on the beach lately I decided to head down anyway before Theresa and I head to New Hope, PA for a change of scenery this weekend. Beautiful morning but nothing showing. Started out in the dark throwing a black Snake Fly mostly standing on Ryan's rock and not getting a tap. Worked my way down the beach and to more rocks but didn't do anything there either. I switched over to a Joe Pheiffer pastel Hollow Fleye kind of tye and started my way back up the beach. I saw Leif in the distance working his way south so I figured I meet up with him to say hello. 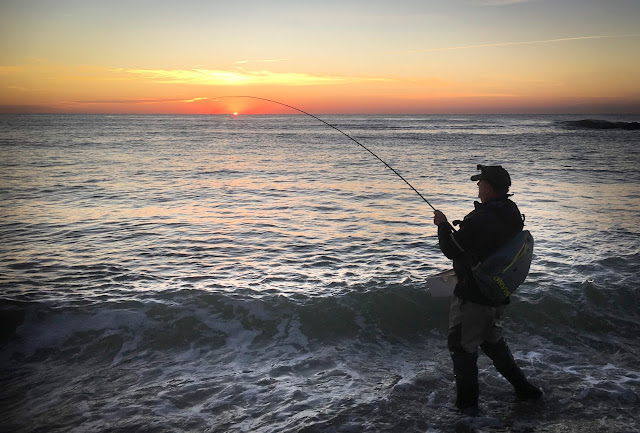 We had almost met and maybe were 30 feet apart and I made a cast which was most likely going to be my last, or close to it. Out of the trough came the strike and zoom, soon I was way out into my backing. At first thought maybe an albie, then maybe a big bluefish, but when it rolled on the other side of the breakers we saw it was just a huge bass. Luckily I had the incoming tide and some wave help to beach the fish. I almost blew it a few times and thought for sure the 20 pound fluoro would pop. We kind of measured it as it lay flat across my arms and it was around 40 inches, maybe more maybe less. A fish that size going by the charts puts it as an early teenager weighing between 22-29 pounds. Luckily I had Leif there for some nice photos. 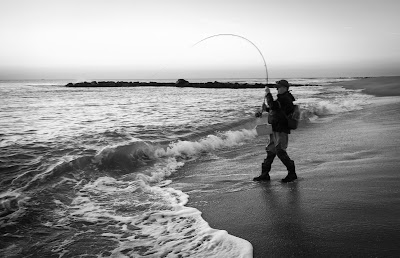 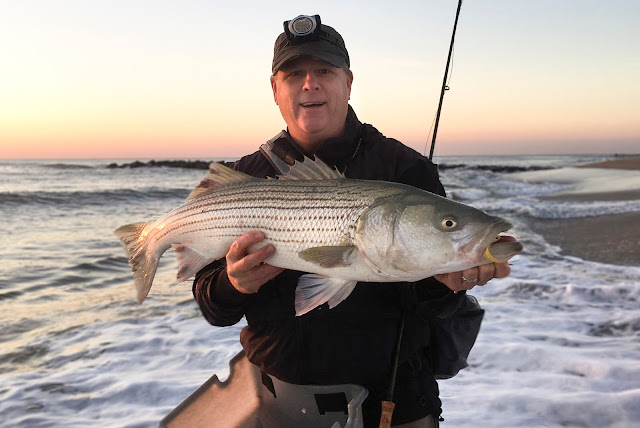 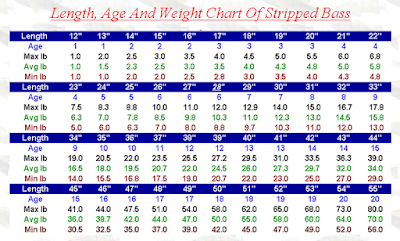