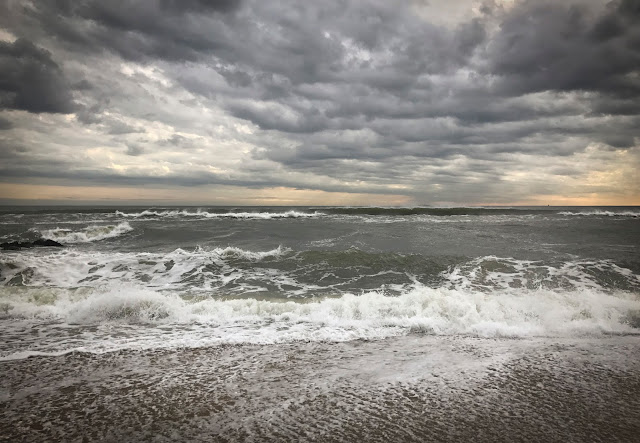 Before I get started about the 2017 fall run. Took a mental health day today from work. Couldn't handle two in a row this week. Headed to the beach around 630. Tide just starting to flood, enough water to fish, nothing home. Headed north to north beach at Sandy Hook, forget it. Big swells, later in the incoming tide, NW wind at 20ish. Forget that. I did head south on the spit and found fishable water inside the bar and got a little guy that popped out of the water at the last minute to eat my fly. 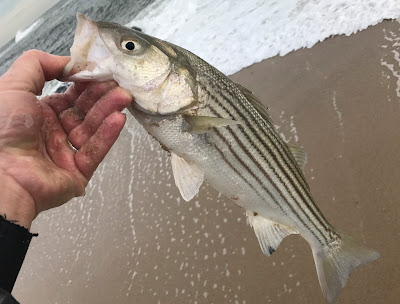 I stopped at the man-made sand cliffs in Seas Bright and then Monmouth Beach but found nothing but surfers and rainbows. I saw no bait, no birds working, and no signs of fish from North Beach to Allenhurst. The water was slightly off color and I am sure will continue to do so with the big surf that we are going to continue to have. It's windy the next few days until another pretty good blow 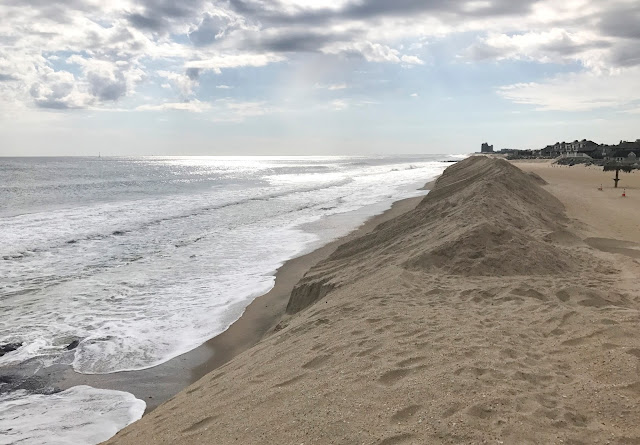 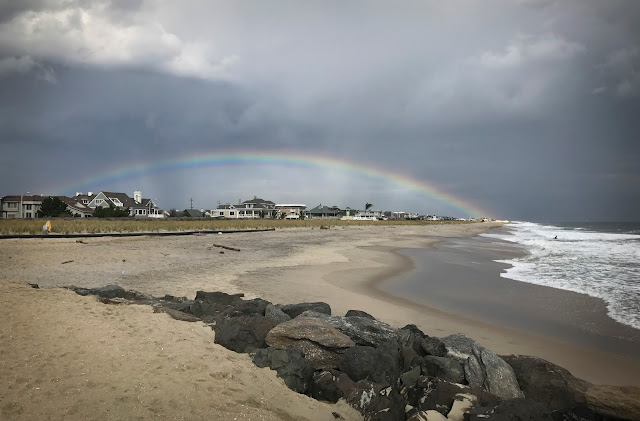 heads up along the East Coast. Tons of rain, winds to 50. I think if you don't get your albie in the next day our so you can pretty much forget it. Concerning the bass and the fall run? Well, there is a chance for New Jersey we may not have a fall run after all, well at least for surf fisherman. You see, bass can take a wide turn out of Montauk and catch, say IBSP like they did in 2011, and stayed for weeks. Or, we can continue to get these once a week blows that eliminates the baits normal pour from the bays and down along the beaches. It's not that the bait won't move, or that the bass won't pass by, it's just that the chances for the two to meet in front of you can be slimmer than say last years stupid peanut bunker bassacre.

Having been in the boat a couple of times within the last week from Cliffwood Beach to the Hudson River to Long Beach to Monmouth Beach I'm not impressed with what I have seen. Lots of rainbait but not much for peanuts. Lots of albies but nothing for bass. The other option is that we are just gonna have a late run. The usual fantastic October 31st fun might be around mid-November or just around December. The other thing that's funny to me is...."Where are the sand eels?" Seems like if we have sand eels, we have no peanuts and vice versa. I miss sand eels, especially when the bass are on them at night.

See you after the Sunday-Monday blow, although I might give it a poke on Saturday. Back to the hospital tomorrow. 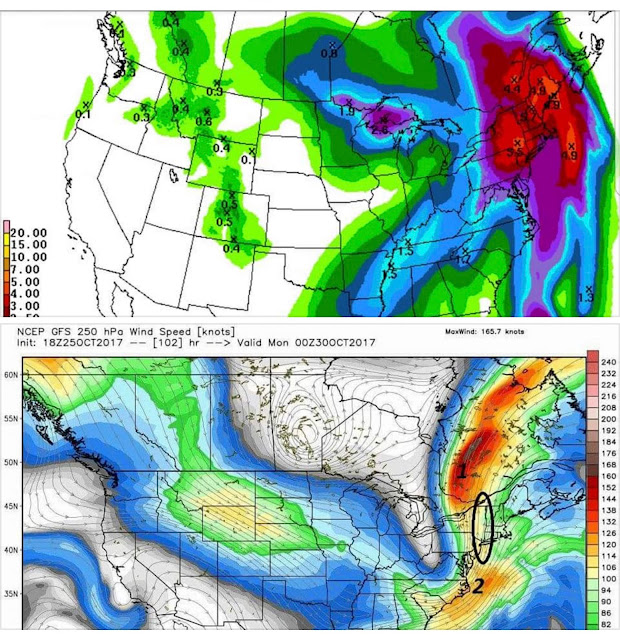