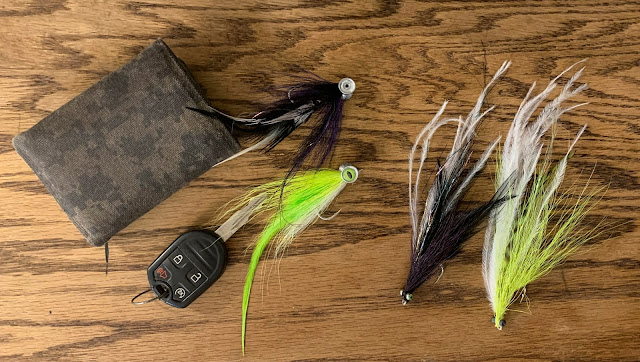 So late last night, well around 9pm, I again went to the well and asked Theresa if I could go fishing. She said "Of course", which is a bit scary. So I went downstairs to tie up a couple with those UAF big eyes. On the way to bed I said to Erin I'm going fishing and could use some more of your flies. By the time I went to sleep it was about 1030. 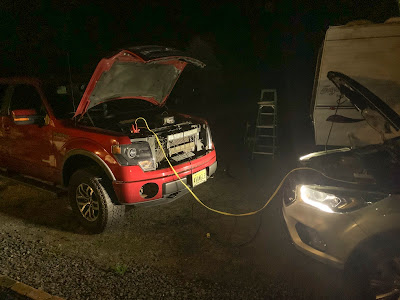 When I woke and went down around 3 am there were two new flies Erin had whipped up while I slept. My mission now was to catch a fish on one of these, and not lose one to a bad know. So all-happy-dad-proud I went to my truck and realized that I left my key in and my ignition on all night. The battery was dead as a doornail. So I had to wake up Theresa, ask her where her keys were, then realized I had them last, and then jump the truck and go on my way. 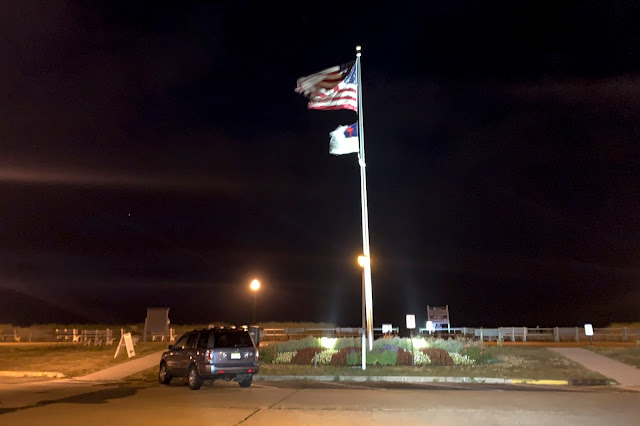 When I got down there the W was E-SE and I could here the surf rumbling from the parking lot. I looked at Erin' flies and figured black in the dark and the white and chartreuse when the sun came up. I of course went popper/dropper and made my way down to the beach. It was about 2 hours into the flood tide and the W kept coming from a different direction every time I would cast. But the water 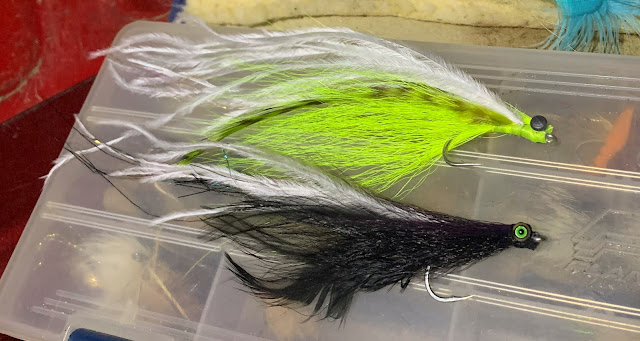 I climbed up and over the rocks toke my way as far out front on the groin as I could. A few casts in and I had a bass jump on, and miss the popper, even with a pause between strips. Between there, and back along the beach and on another groin I had about 5 good jumps and swipes, but couldn't get one to commit on the first or second fly. I knew I had to get it done at some point, conditions were 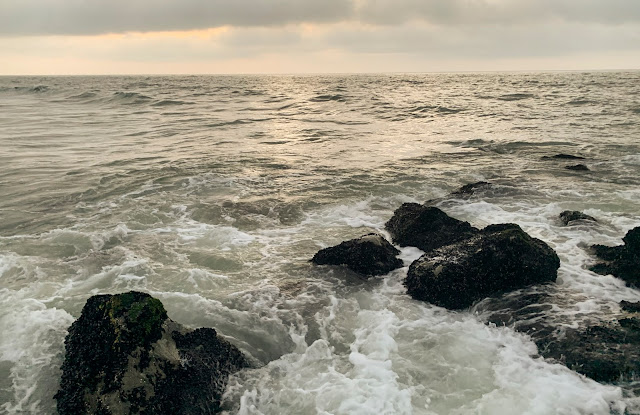 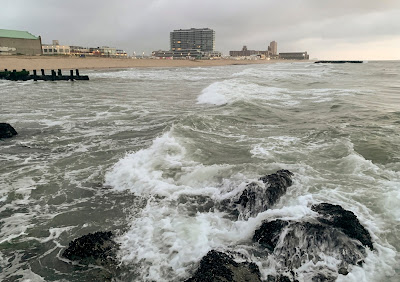 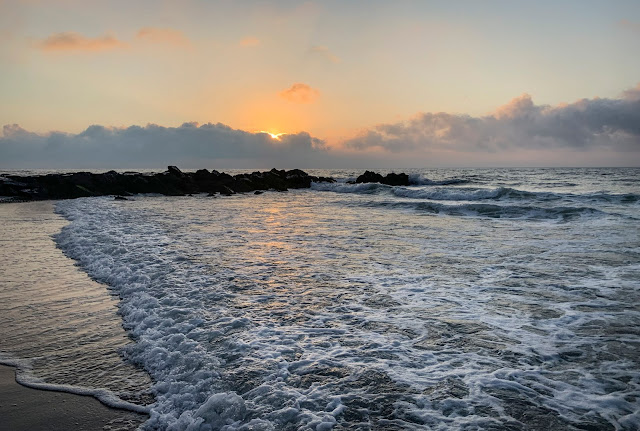 looking good as light arrived, water filling in, good wave action, no waves breaking at your knees or in your stripping basket, and plenty of structure to hold bass. So it was time to switch it up, white and chartreuse Howitzer popper with Erin's fly tailing behind. I thought the rocks would be a good place 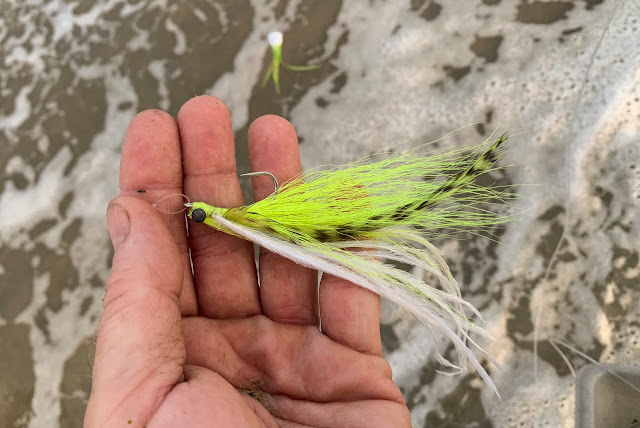 but it seemed the fish were patrolling the sand off the rocks, so current seams and troughs were where you wanted to be. Just as I was getting nervous of another disappointing report to Erin, and after stopping to pop one up,  I went tight and had a fish that ate her fly. After a quick picture I had proof to show her the reward for her efforts. Her fly worked! And to boot, they ate her, and not my fly which was the lead fly in the tandem set-up. After that it was just staying put and giving it a shot up and down the beach. Leif was around and we eventually hit the same spot before calling it a morning. 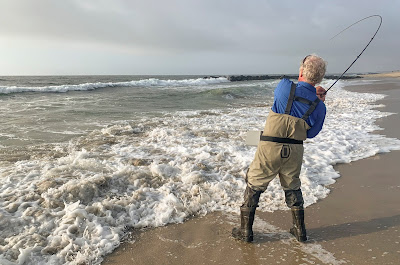 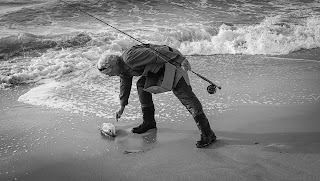 As we held on to each, this-is-the-last-cast, I saw him go tight. I didn't react until he said "This is a good fish". So I got my camera ready, busted my ass falling over a log that I thought I was sure to snag on a backcast but wound up tripping over, and got a pic before he let it go to swim another day. 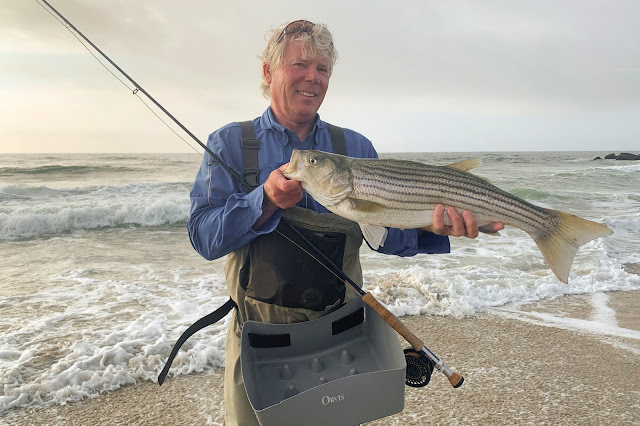 Posted by The Average Angler at 2:55 PM