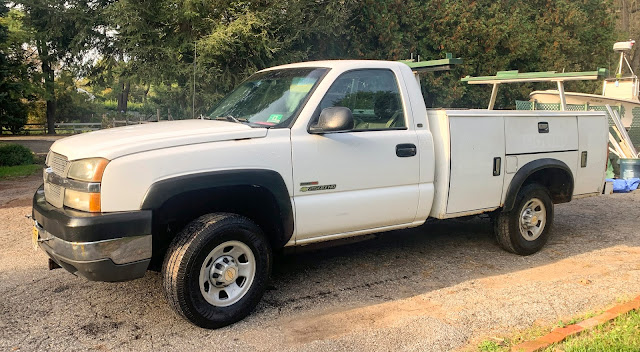 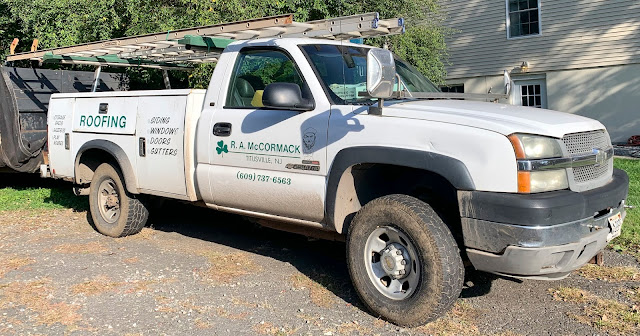 Yep, it's supposedly a fly fishing blog. It has slowly over time morphed into a personal life journey blog, with a little fishing mixed in. Truth is, since Ryan died and we moved out to Titusville, this blog has been more of a personal journal then all about fishing, primarily because my time on the beach has lessened. Although, I will still say, The Average Angler was started in 2009 tailored to the average person who fly fishes. And with that sport that we so enjoy comes life, and death, and all the struggles in between, and that is what I try to represent and capture here in these logs.
And in the "nobody cares" automotive department I share with you progress of the new ride. A 2003 Chevrolet Silverado 2500HD Duramax Diesel. One owner, 132,000 miles, he is a nice Irishman who was a roofer and jack of many trades, a real nice local guy. This past weekend I spent hours burning my finger tips with a heat gun getting all of the stickers off the truck. 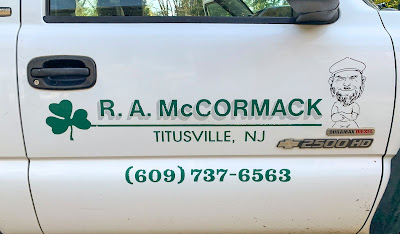 For Saturday date morning I took Theresa to Ben's Deli in Morrsiville, PA, for breakfast before hitting Castle Tires on East State Street in Trenton. Last week Erin and I drove to Blairstown to pick up some used tires for the truck, ones that were all the same and the correct size. I paid $150 for 5 tires and 6 lug aluminum rims. I watched some You Tube videos on how I could remove and remount the tires, 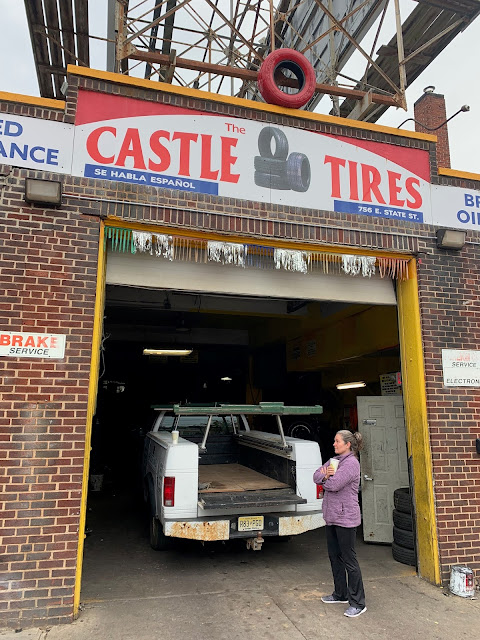 but sense hit me in the head and I decided to pay someone to do it. Some things are just worth it. So I got the old tires off and the new tires mounted and balanced. They took the old tires and it cost me $100. A quick ride to the salvage yard and we walked with $65 for the 5 aluminum rims. So, in the end, I paid $185 for the four slightly used tires.
I have removed the extended mirror set up that was mounted on the roof and the ladder rack system will be up for sale soon, I just don't move ladders that much. The utility box has some rust underneath and that will have to be addressed so it doesn't blow off the frame of the truck, just something that would happen to me. But otherwise so far so good.
Posted by The Average Angler at 5:18 AM