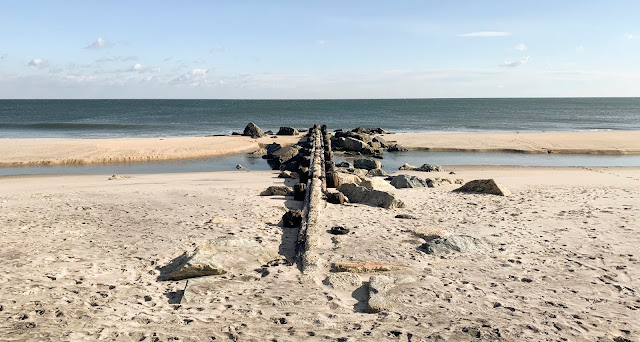 I'm have pretty much found all of the resources I need out here in Mercer County except a place to get my hair cut. I cant beat the Red Bank House of Fades so after getting whats left of my hair tightened up I went home via the beach.

Last two hours of the outgoing from the Hook down a town or two. At the end of the ebb tide the birds were very active on the bar picking, which I believe was at sand eels. Started with a Deciever but went to a Bard Buzzi sand eel fly that both didn't get me a touch. Wind was starting to honk with a threat of a squall during the day.

Besides the birds the only other thing I saw was a seal cruising the trough but going up empty. Nice looking water. Gin clear. Would have been able to sight cast to them if they were there. 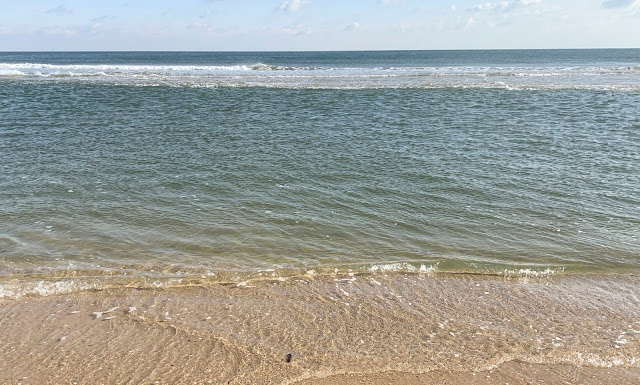 Leif and I fished last Saturday with one fish each. The next day, in the same neighborhood, Jack, Charlie and Hugh put on a clinic with each having a multiple double-digit day of really nice bass to 25". This time of year they are here one day, not the next, and then gone till the spring.

Ok, thats it for me till the spring. I think.