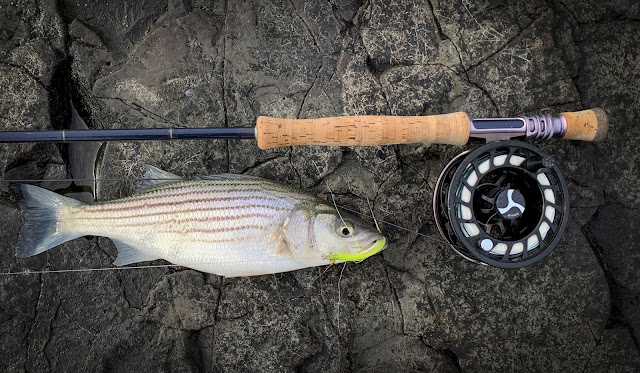 It was a fine fish. A good fish. A beautiful fish. Okay.....it was a small fish with an out of proportion belly. But it was a one-and-done fish that I caught on Ryan's rock which made my day and was the perfect ending to 2019's striper fishing. 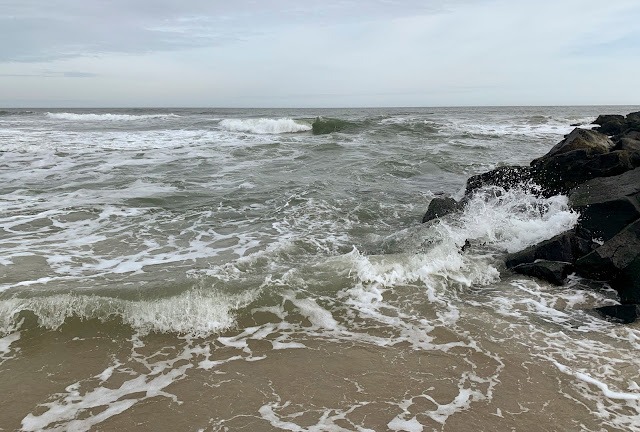 Got there about 1030 which was mid-ebb tide. Great looking water, almost 60 degree air temps, 44  degree water temps. Was thinking someone, or a bunch of someones, like a dozen or so micro to schoolie sized fish, would be around. Fished up and down the beach and on two groins without a tap. Started on Ryan's rock and then before leaving hit it again. Don't know why I've been drawn their lately, maybe its just missing Ryan more around the holidays. Would have loved to see him with his siblings and interacting as an adult at out yearly party.

So as I casted and talked to him he gave that top pic fish up after a long cast and a hard sweep along the groin. While it is a small fish, it wasn't easy to land on the rocks. That outgoing moving water about 3/4 tide rips and you have to bring the fish in along the rocks and through the current. 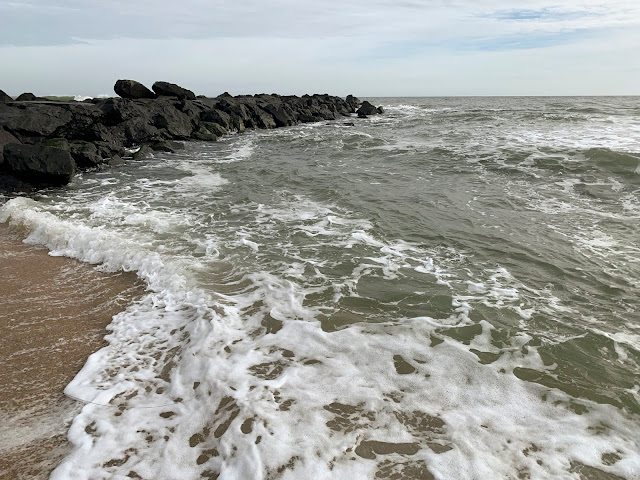 On my way out Pauly called me and Sid he was heading down. We hooked up on the beach and made a few casts on a dying tide without a bump. Birds not working, no herring around, just fishy looking water and no one home. 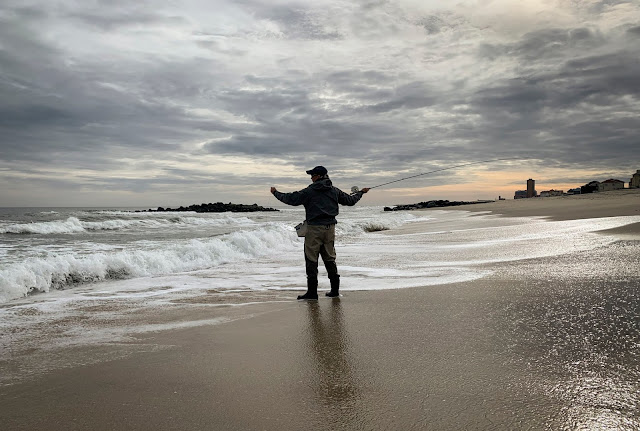 Posted by The Average Angler at 8:21 AM