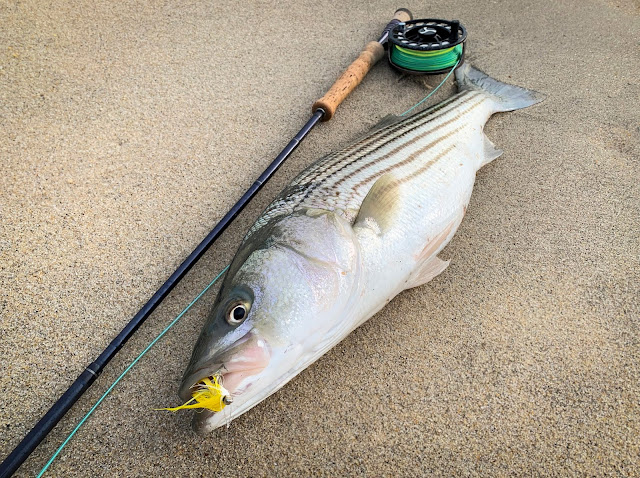 Around 815 am I was thinking the title of todays blog would read, 'You should have been here yesterday" or "Nice morning, another skunk". But shortly before dead-low tide and after three fly tries I came tight on this keeper or near keeper sweet bass. On my other rods I have the measurements laid out with electrical tape or I could and should have used that iPhone measure app but I figured who really cares and I could just estimate it. But a keeper is a keeper is a keeper....or not. Its 28" to the ferrule so you be the judge.

Yesterday Leif told me to tie up some black and orange Half and Halfs and I did but they didn't get me a bite, neither at 0530 or in the light. Tried a nice Jiggy sand eel fly that didn't get a tap either.  The last fly I tied was a tinnier yellow Deciever that I tied on about 815 - almost three hours after I started, and my hands started getting cold. 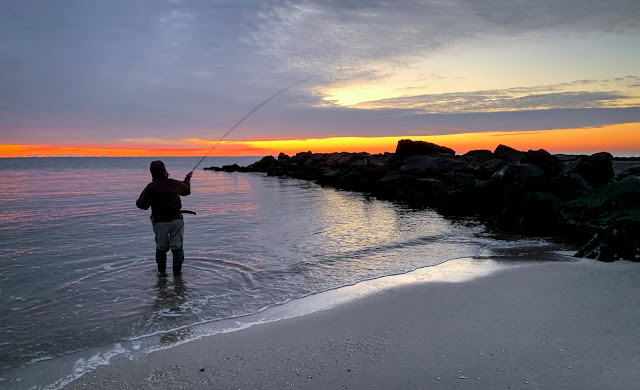 The wind was SW. The ocean flat. It had that still feeling when its really cold but without wind is wasn't too bad. Loons fishing in the washing but coming up empty. A splash here and there that looked like Hickory Shad. No swirls or top action that I saw. Some small bait here and there, shimmy bait, but not sand eels. It was pretty enough out there but just a little boring. Leif managed a couple of small guys that took his orange and black Half and Half as he expected. 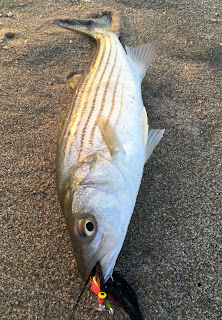 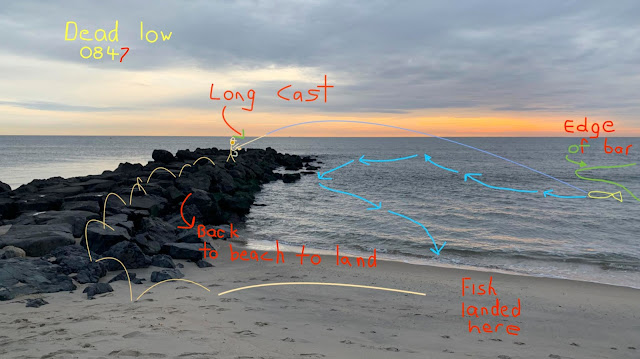 As we reached the point to go left to the rocks or right to the trucks he went to work and I stayed to make a few more casts. I tied on the yellow fly I tied last night and on the second long cast I went tight and soon into the backing. The fish was at the beach side and edge of the sandbar and once hooked went with the current and made it to the end of the jetty before I turned her. I made my way back to the beach adding line against the drag as I tried not to fall. Soon I was at the beach and the fish up on the sand. A few quick pics and she (or he) was back swimming.

If you're going to one and done a morning thats the way you do it....or just get lucky. 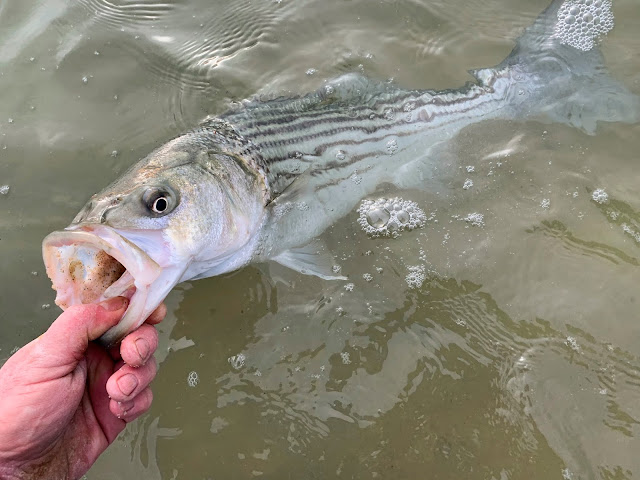 Posted by The Average Angler at 1:01 PM