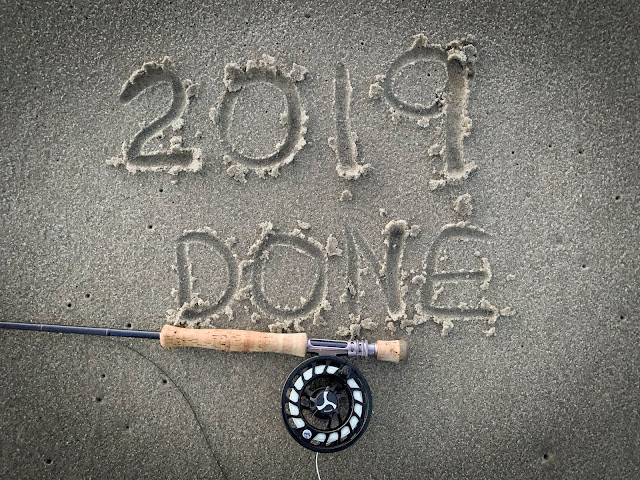 Put it in the books. I'll drop a year recap in a few weeks. Went down around 3 o'clock with air temps in the mid 50's and the edge of the last of the flood tide. While I was there to fish, I really wanted to spend some time on Phillips Ave and Ryan's rock were I spread his ashes two years ago. Funny thing about that rock. Every time I stand on it I hope to catch a good fish....but never do. I always say Hi to my son who's hopefully up in heaven playing guitar with the greats or sitting around philosophizing or challengers the greatest thinkers that have passed on. So, one again, I stood on that rock several times and didn't get a tap. Must be a thing between Mme and Ryan. 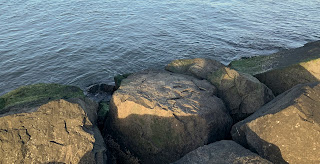 As dusk approached Charlie and Jack came down the beach. We fished the same stretch and just as the sun set the herring showed up on the start of the ebb tide. If you've ever fished good herring up close when the bass are on this it is fun. Its not a peanut king of blitz, but a steady plop and swirl kind of eat. Problem is these baits where just coming in, going down, and then out.....all untouched.

Cant wait to see what 2020 brings. No boat. Early start in late March and April in the Delaware.