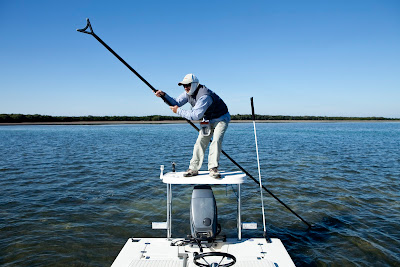 So let me recap. I had been back and forth with Dave Chouinard about going down to Tampa to visit and do some fishing. In November I started looking at Spirit Airlines and found a short window where the flights were cheap, 25 dollars down and 69 dollars back, total round trip was 120 dollars, BUT, with no carry ons or checked luggage. That would have been 30 extra dollars each way. You are allowed one "something" 16*14*12 inches. So I took my Domke camera bag and loaded it with a camera body, two lenses, a flash, and three shirts and some underwear and a windbreaker, and a toothbrush. I measured it up and was ready to go, hopefully passing by the size police. I drove down to the Atlantic City Airport and then flew to Tampa where Dave picked me up. We stopped by his fly shop, The Tampa Angler, which he is shutting down December 31st, and then he gave me a quick tour of the area and where we would be fishing. Dave has been busy since he became the southeast Simms rep. He is responsible for a large territory including, Florida, Georgia, North Carolina, South Carolina, and Tennessee. We drove to
his house where it was nice to see Jen and their boys again. After a great home cooked meal I fell asleep. 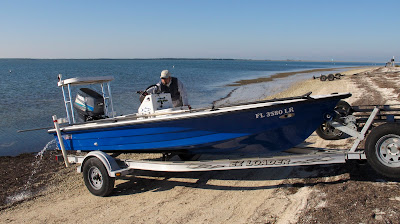 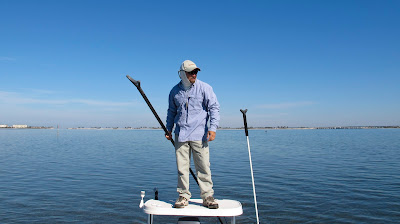 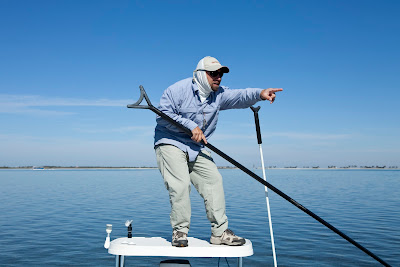 Temps were down in the high 20's overnight in Florida, and it took a while to warm up to 45-50 degrees through the day. We towed his skiff down to the beach off the Causeway Boulevard and launched to fish the flats at Caladesi Island. For those who know, you know how knowledgeable, and intense, Dave can be. Well, he was on as always. We had the tide rolling in over the flats, which brings the redfish with it. He poled and spotted fish as I stood ready at the bow. The first day we saw some fish, one really good close fish, that I totally spit the bit on causing the big red to blow out before I made a good cast to it. Dave couldn't be happier with the fishery he has chosen to live near and guide on. Redfish, tarpon, and snook- all within 15 minutes of the airport and his house, some of it even closer. As the clouds started to move in we pulled the boat and headed over to Tampa, where we hunted fish just below the planes coming in to land. We didn't see any redfish, but it was fun watching huge mullet, compared to our mullet, jumping out of the water with abandon. That night we all headed to a local eatery and had a nice meal and soon I was asleep again, tired from balancing on the bow, attempting to make some good casts, and from the cold wind blowing on my underdressed body. 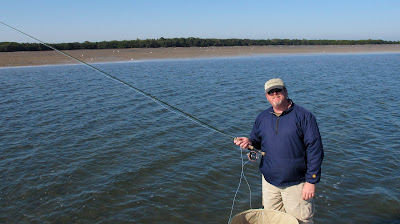 Things were looking better yesterday, the sun was high, it was supposedly going to be warmer, and the wind, well the wind was a bit more 15, with a gust, throughout the morning. We started today where we started yesterday. As Dave poled, he was using all his senses to gather information to store in his mind, time of tide, direction of the wind, layout and depth of the flat, and the size and location of the fish. We had a steady north wind blowing with the tide, and bringing with it redfish onto the flat. We were drifting south, so we had more fish behind us, and thus I needed to make casts into the wind to the approaching fish. Sometimes I would be looking south out past 12 o'clock, and a fish would blowout right below me, I just couldn't spot them with a 3 o'clock sun, and milky horizon. We had trouble seeing fish, well at least I did. My 179 dollar Smith Optic polarchromic amber glasses were useless as it was too bright. We both looked like puppies being talked too as we move our heads side to side to have the "polar" in the polarized help cut the glare. It was again him spotting a good fish and me not making the cast, too short, too right, too long, too left. It's not a knock- it's just the location where you have to cast to when he sees the fish and you can't. So Dave sees this fish 25 feet at 12 0'clock- I can't see a thing into the glare. "Now" he yells. Of course I'm an extra false cast away. "Going away now", he says, and I let it go, "Too far, you put it on him." And then I hooked up. Thank goodness for Dave's sake. I would have hated for him to have invited me down and not catch a fish after all the work he did for me. The fish was slow and lethargic, probably because the water and air temps were so low. But once he came too, quickly he had me deep into my backing. After a few pics we continued the drift and hooked up on a nice sheepshead that we worked for a few minutes and watched as he stalked the fly and attacked it. Within 20 minutes we were through St. Johns sound, back on the trailer, and at the terminal at Tampa Airport. It was a great quick trip and I look forward to going back.

It's a world class fishery practically right next to the airport. You can take a cheap flight, stay in any kind of lodging you like, fish for a day or so, and fly home. It's that's simple.

For all of you old Fly Hatch customers who want to take a quick trip down for some great fishing, with a great guy and guide, give Captain Dave Chouinard a call. He can be reached at 732.610.9700. 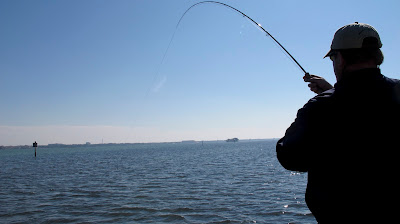 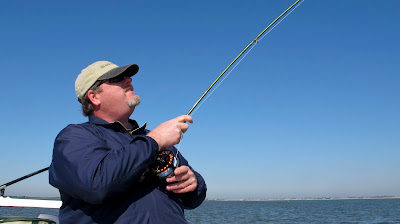 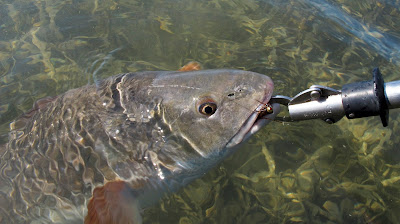 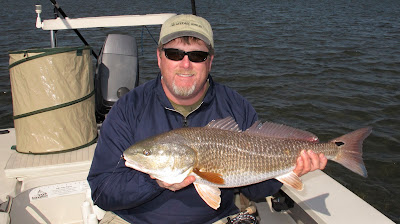 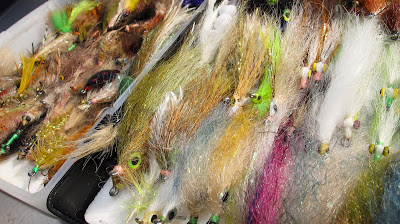 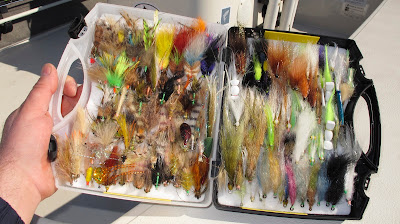 Posted by The Average Angler at 2:58 PM